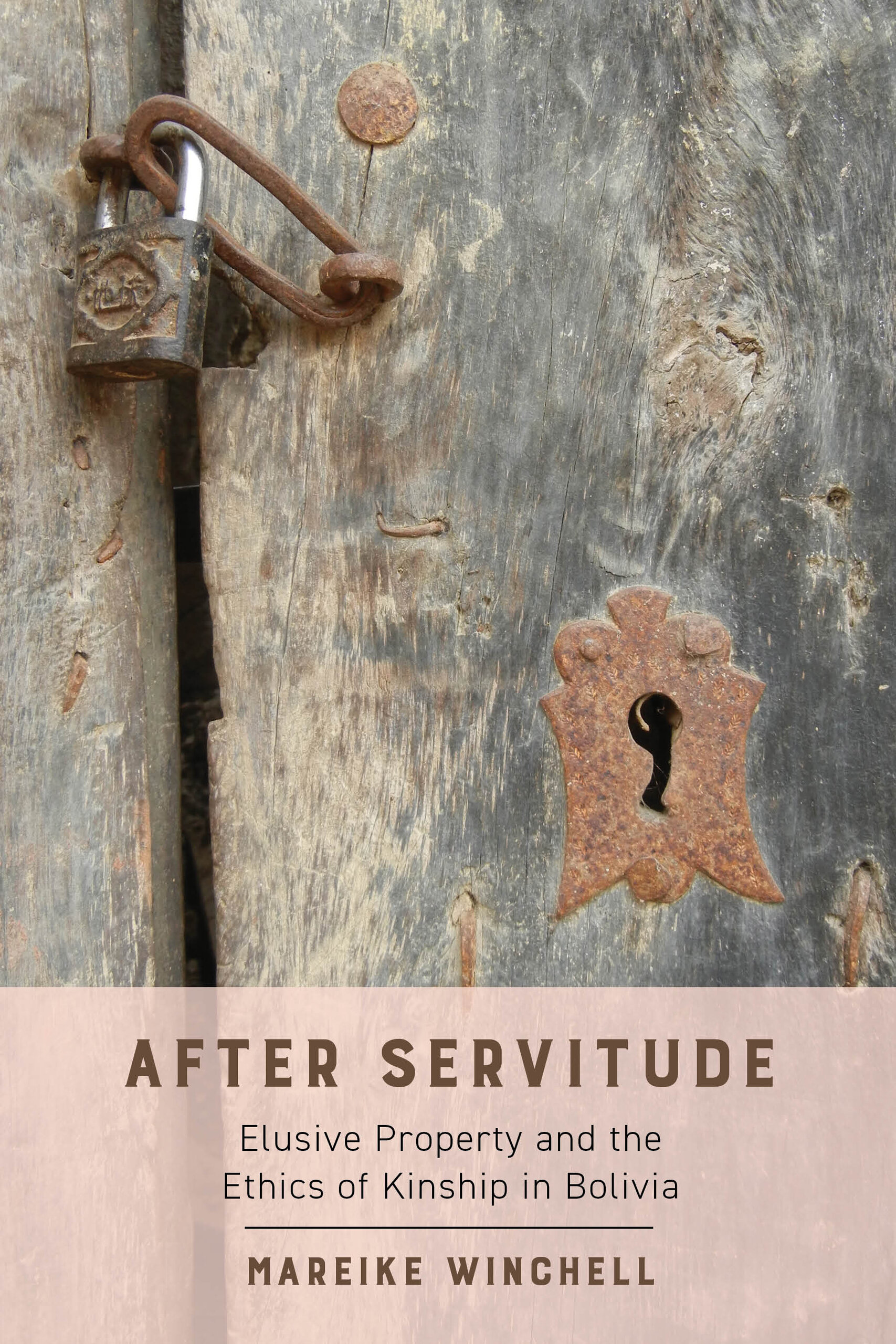 How are injurious pasts redeployed by the dispossessed? After Servitude explores how agrarian engineers, Indigenous farmers, Mestizo mining bosses, and rural workers navigate racial hierarchies rooted in histories of forced agrarian labor. In the rural Bolivian province of Ayopaya, where the liberatory promises of property remain elusive, Quechua people address such hierarchies by demanding aid from Mestizo elites and, when that fails, through acts of labor militancy. Against institutional faith in property ownership as a means to detach land from people and present from past, the kin of former masters and servants alike have insisted that ethical debts from earlier racial violence stretch across epochs and formal land sales. What emerges is a vision of justice grounded in popular demands that wealth remain beholden to the region’s agrarian past. By tracing Ayopayans’ active efforts to contend with servitude’s long shadow, Winchell illuminates the challenges that property confronts as both an extractive paradigm and a means of historical redress.

Mareike Winchell is Assistant Professor of Anthropology and in the College at the University of Chicago, with affiliations in the Divinity School, the Center for Latin American Studies, the Center for the Study of Race, Culture, and Politics, and the Center for the Study of Gender and Sexuality. A political anthropologist, Winchell focuses on the relational, ecological, and legal dimensions of racial and gender vulnerabilities related to ongoing histories of colonial labor subjection and Indigenous land dispossession. Her writing and digital scholarship have appeared in Journal of the Royal Anthropological Institute (JRAI), Hau: Journal of Ethnographic Theory, Cultural Anthropology, Journal of Peasant Studies, Critical Times, Bolivian Studies Journal, and Comparative Studies in Society and History. Winchell has received generous funding from the Josephine de Karman Fellowship Trust, the Wenner Gren Foundation for Anthropological Research, The Franke Institute for the Humanities, the Center for International Social Science Research (CISSR), and The Townsend Center for the Humanities. In 2021, Winchell was a finalist for the Mellon Emerging Faculty Leaders Award.

Dipesh Chakrabarty is a 3CT fellow and the Lawrence A. Kimpton Distinguished Service Professor in History, South Asian Languages and Civilizations, and the College at the University of Chicago. He is also the Faculty Director of the University of Chicago Center in Delhi, an associate of the Department of English, and has a courtesy appointment in the School of Law. He is a founding member of the editorial collective of Subaltern Studies, a consulting editor of Critical Inquiry, a founding editor of Postcolonial Studies and has served on the editorial boards of the American Historical Review and Public Culture.

Shannon Lee Dawdy is a 3CT fellow and Professor and Chair of the Department of Anthropology and of Social Sciences in the College at University of Chicago. Dawdy is an interdisciplinary scholar who works across methods and time periods. Her current work can be understood as an archaeology of contemporary life. Her regional focus has been on the US, Caribbean, and Mexico. A central thread running through her work concerns how landscapes and material objects mediate human relationships, from the historical ecologies of capitalism to the emotional trajectories of those who lost their intimate object worlds to Hurricane Katrina. Her current research focuses on rapidly changing death practices in the US, particularly around disposition and transformation of the body. Dawdy is a past MacArthur Fellow and has received funding for her fieldwork from the National Science Foundation and the National Endowment for the Humanities.

Carlota McAllister is Associate Professor in the Faculty of Environmental and Urban Change at York University in Toronto. A political and historical anthropologist, she studies the formation of political and moral agency in situations of conflict or crisis, using theoretical tools drawn from the anthropology of religion, actor-network theory, feminist anthropology, and political ecology. She works in Latin America, to date in agrarian communities in Guatemala and Chile, but increasingly she is interested in other kinds of collectives, particularly those formed around contemporary art, chronic illness, and mystical and popular Catholic tradition. Her monograph The Good Road: Conscience and Consciousness in a Post-Revolutionary Mayan Village in Guatemala is forthcoming with Duke University Press, and she co-edited with Diane Nelson War by Other Means: Aftermath in Postgenocide Guatemala (Duke University Press, 2013).

Robert Nichols is Associate Professor of Political Theory in the Department of Political Science at the University of Minnesota. His areas of research specialization include contemporary political theory (esp. Critical Theory); the history of political thought (esp. pertaining to imperialism and colonialism in the 19th century); and the contemporary politics of settler colonialism and indigeneity in the Anglo-American world. Before joining the University of Minnesota, Professor Nichols was Alexander von Humboldt Faculty Research Fellow in the Department of Philosophy at the Humboldt Universität zu Berlin. He has also held academic posts at the École des Hautes Études en Sciences Sociales (France), the University of Alberta (Canada), University of Cambridge (UK), and Columbia University (USA).

Mary Weismantel is a professor of Anthropology at Northwestern University, where she has previously served as chair of the department of Anthropology, director of the Gender and Sexuality Studies Program. and as an adjunct curator at the Field Museum of Natural History. She received a PhD in anthropology from the University of Illinois at Urbana-Champaign and is the author of Playing with Things: Engaging the Moche Sex Pots (University of Texas Press, 2021), Cholas and Pishtacos: Tales of Race and Sex in the Andes (Universty of Chicago Press, 2001),and Food, Gender and Poverty in the Ecuadorian Andes (University of Pennsylvania Press, 1989).

Presented by 3CT and co-sponsored by the Center for International Social Science Research, the Center for Latin American Studies, and the Seminary Co-op Bookstores.