Treasure Hunting and Necrospeculation in Turkey 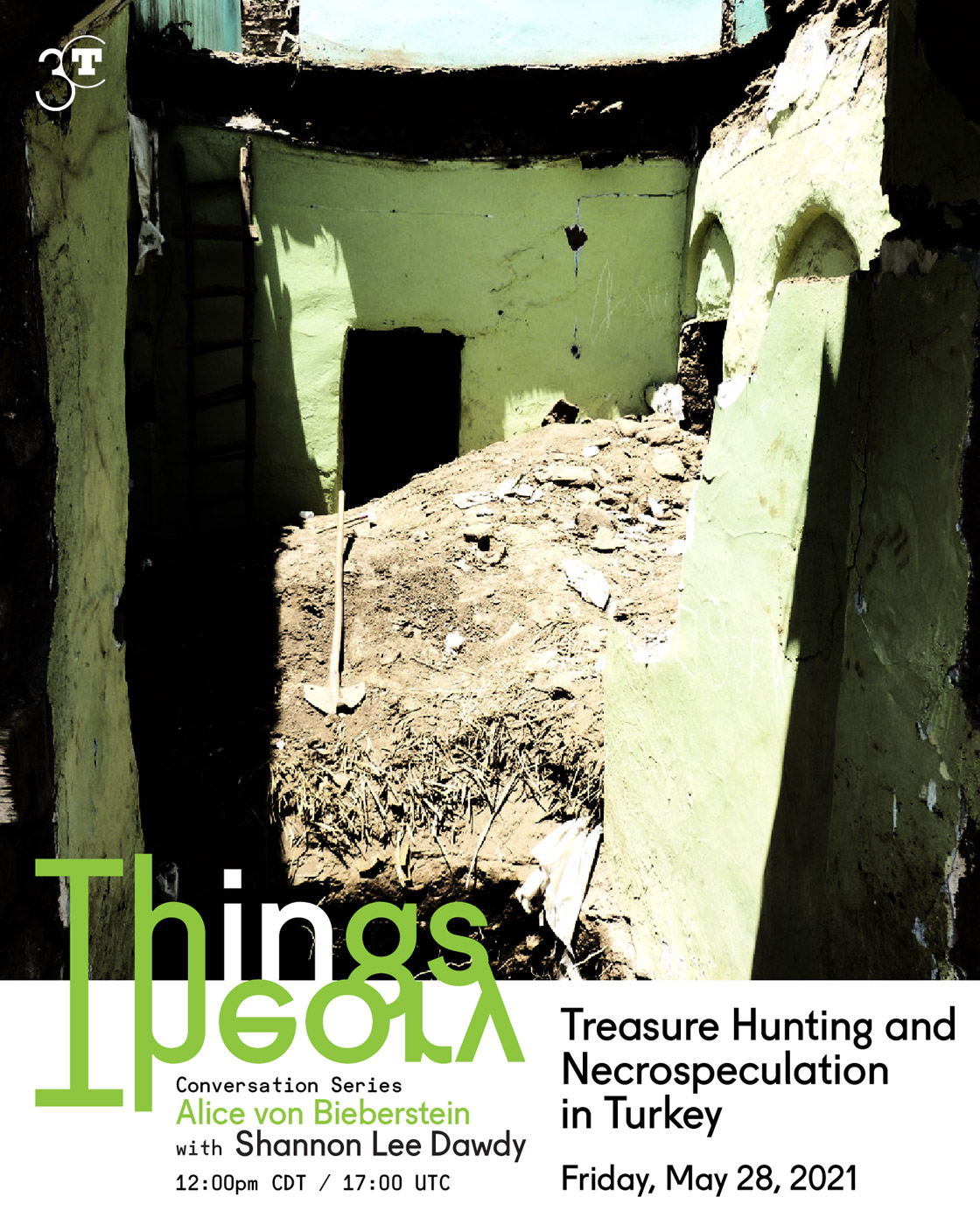 Here, Dawdy speaks with Alice von Bieberstein, a social anthropologist working at the intersection of histories of political violence, biopolitics, and material culture. The Armenian genocide of 1915-16 not only constitutes a moment of foundational violence, but also engendered the formation of Turkey’s modern national economy through the massive transfer of non-Muslim wealth. Looking at the case of an urban regeneration project targeting a former Armenian quarter in far-Eastern Turkey, von Bieberstein’s project explores the relation between the genocide as an act of primitive accumulation and contemporary cases of accumulation by dispossession. She is both interested in more formalized mechanisms and procedures as well as in more informal and local attempts at claiming and/or extracting value from Armenian material remains, for example through treasure hunting.

Alice von Bieberstein is research assistant at the Institute for European Ethnology, Humboldt-University of Berlin and a fellow at the Centre for Anthropological Research on Museums and Heritage (Carmah). She completed her PhD at the University of Cambridge in 2012 with a dissertation on the politics of history and citizenship in relation to minority subjectivity in Germany and Turkey. Her postdoctoral research at the University of Cambridge and the Wissenschaftskolleg zu Berlin has focused on issues of violence, value and materiality in far-Eastern Turkey. Her work has appeared in various journals, including Subjectivity, Social Research, and the Journal of the Royal Anthropological Institute.