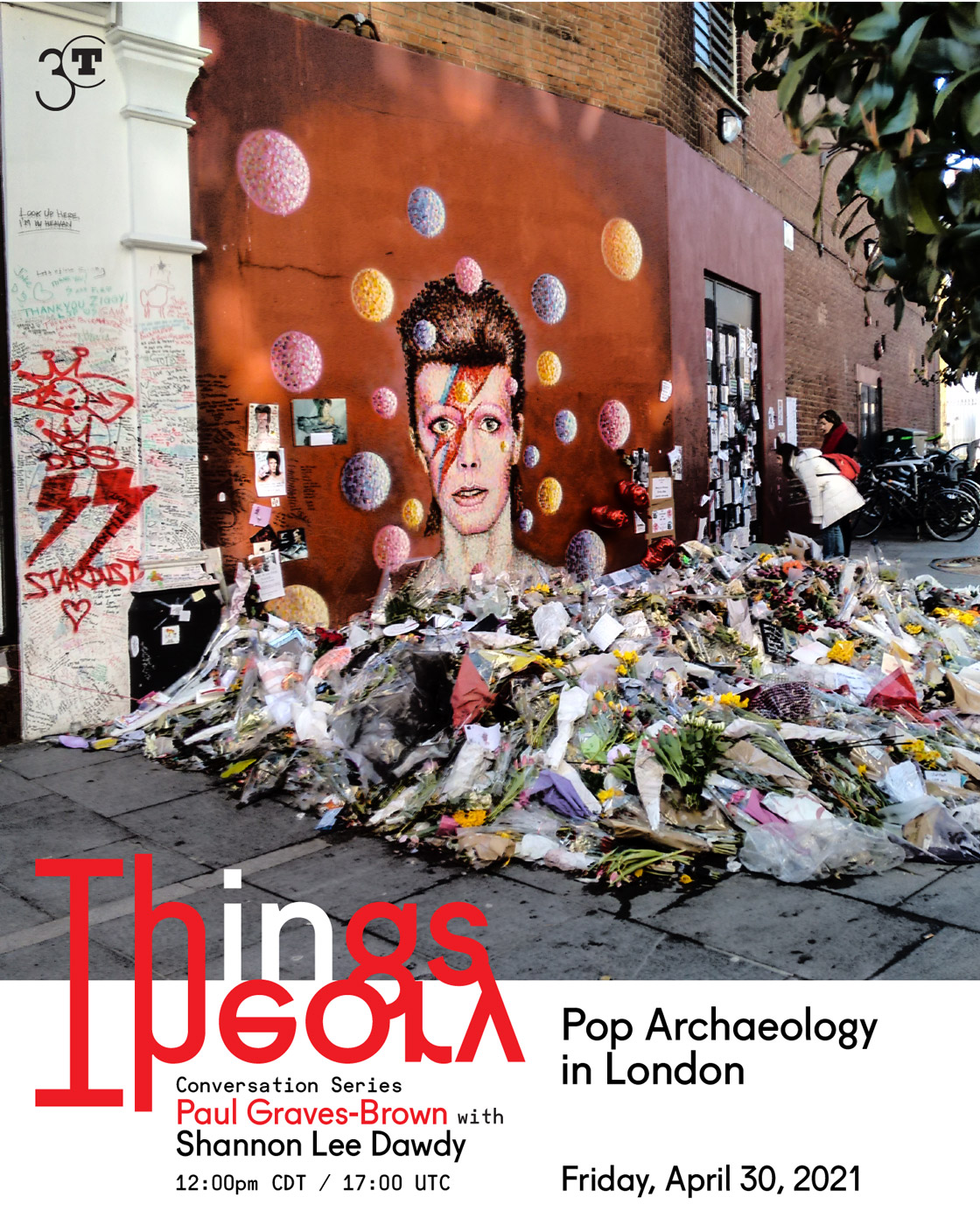 Here, Dawdy speaks with Paul Graves-Brown, who since around 2008 has been exploring the pop-related sites of London, including music venues, clubs, recording studios, and memorials and shrines to dead stars who lived and worked in the city. One principal study concerned the graffiti authored by John Lydon (a.k.a. Johnny Rotten) at No. 6 Denmark Street, the Sex Pistols’ rehearsal studio (with Prof. John Schofield). More recently he has (with Dr. Hilary Orange) been studying pop music shrines, including those to David Bowie, Marc Bolan, George Michael, and Amy Winehouse.

Paul Graves-Brown began his career as a prehistorian studying human evolution. But a year spent with CNRS in Paris inspired a switch to modern material culture, which is now usually referred to as contemporary archaeology. He has published on topics ranging from shopping malls to the Kalashnikov AK-47, including two edited books, Matter Materiality and Modern Culture (2000) and The Oxford Handbook of the Archaeology of the Contemporary World (2013 with Rodney Harrison and Angela Piccini). Since the late 2000s he has been writing and researching on the archaeology of popular music, including studies of music technology, pop music sites in London (particularly the Sex Pistols rehearsal studio) and shrines to dead musicians (particularly, since 2016, those to David Bowie). Before becoming an archaeologist, Paul worked as a sound engineer at the BBC and has been playing and composing electronic music for around 40 years.