The Calling of History 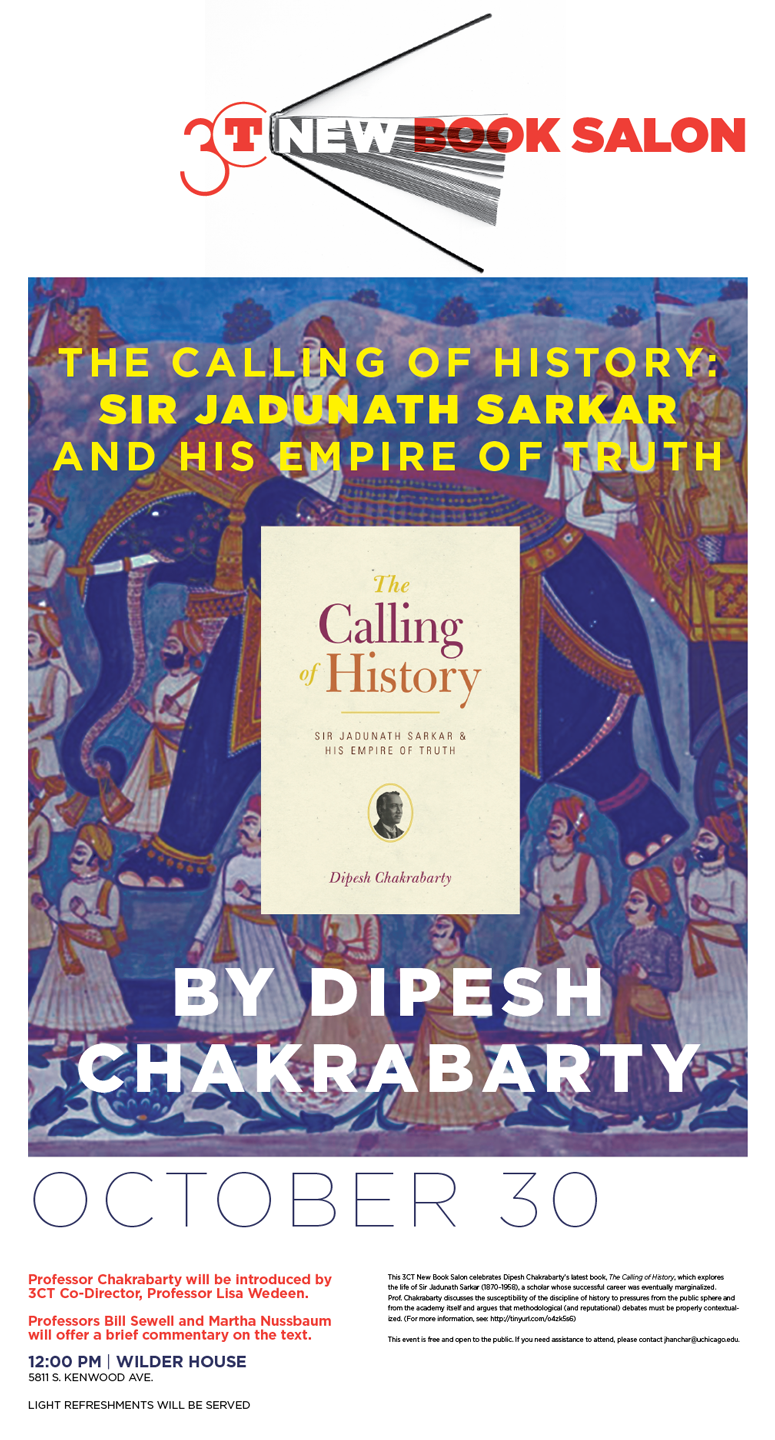 University of Chicago Professor and 3CT fellow Dipesh Chakrabarty will discuss his latest book, The Calling of History, which explores the life of Sir Jadunath Sarkar (1870–1958). Sarkar was knighted in 1929 and became the first Indian historian to gain honorary membership in the American Historical Association. By the end of his lifetime, however, he had been marginalized by the Indian history establishment, as postcolonial historians embraced alternative approaches in the name of democracy and anti-colonialism. Professor Chakrabarty demonstrates that historians in colonial India formulated the basic concepts and practices of the field via vigorous—and at times bitter and hurtful—debates in the public sphere. He furthermore shows that because of its non-technical nature, the discipline as a whole remains susceptible to pressure from both the public and the academy even today. Methodological debates and the changing reputations of scholars like Sarkar, he argues, must therefore be understood within the specific contexts in which particular histories are written.

Professor Chakrabarty will be introduced by 3CT Co-Director Lisa Wedeen.  Bill Sewell and Martha Nussbaum will offer a brief commentary on the text.

Light refreshments will be provided.

Dipesh Chakrabarty is the Lawrence A. Kimpton Distinguished Service Professor in History and Department of South Asian Languages and Civilizations at the University of Chicago. He is also a Faculty Fellow at the Chicago Center for Contemporary Theory (3CT), where he is PI for 3CT’sClimate Change Project. Prof. Chakrabarty’s research is currently focused on three areas: he is in the process of completing a book on the history of “historical truth” in colonial India; he is working on two long-term projects: one on democracy and political thought in South Asia and the other on a cultural history of Muslim-Bengali nationalism; and he also working on a book-project concerning the implications of the science of climate change for historical and political thinking.  More detailed information on Prof. Chakrabarty’s research and publications can be found here.