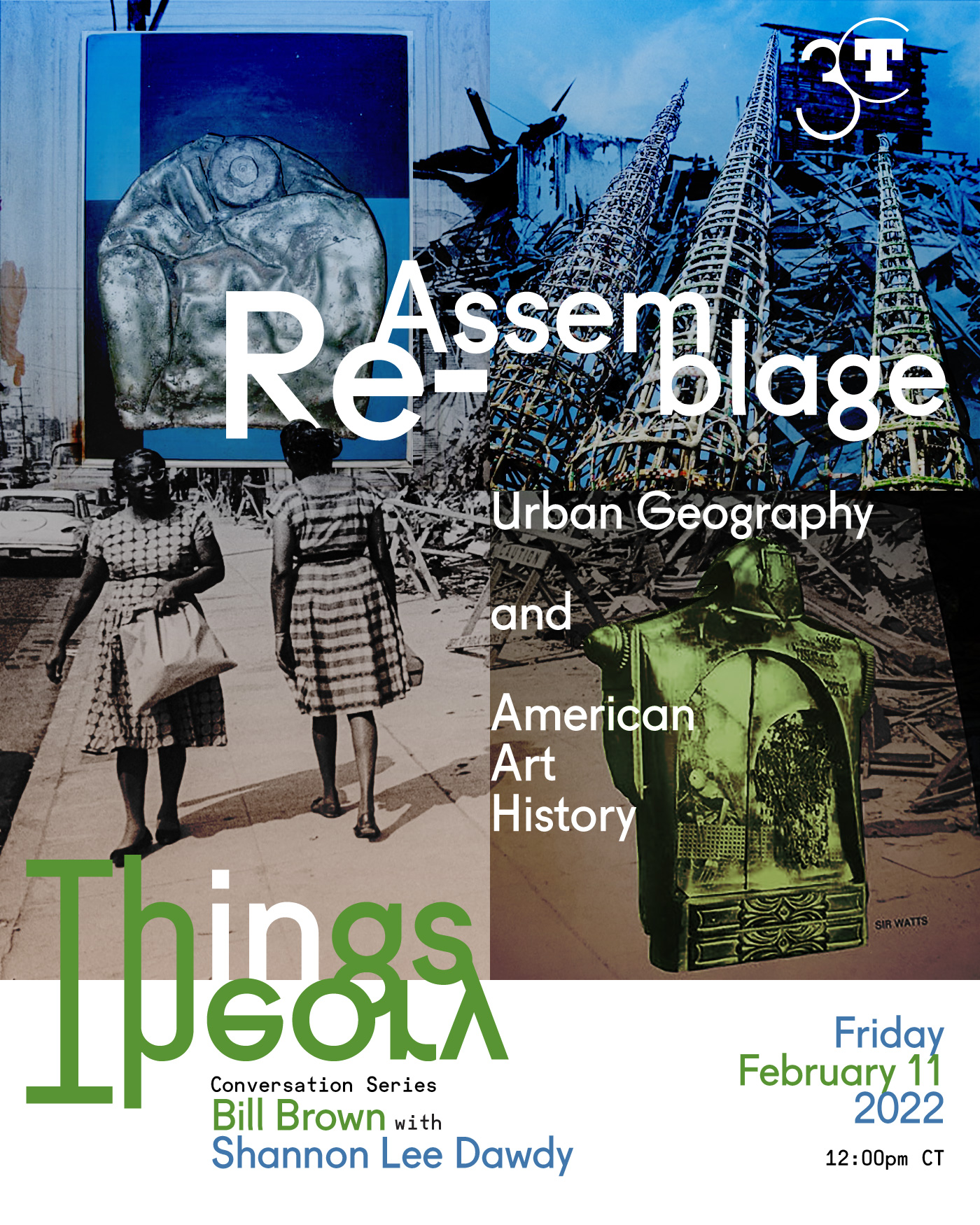 In the Things in Theory conversation series, 3CT fellow Shannon Lee Dawdy engages scholars from different disciplines who work at the intersection of material culture studies and contemporary theory. What role do objects, architecture, and landscapes play in social and political life? What happens when we take things seriously?

Here, Dawdy speaks with 3CT fellow Bill Brown. How does the artistic practice of assemblage intersect with, or interrupt, assemblage theory as it has been deployed within the social sciences? To address that question, their conversation will focus on the so-called Watts Riots of 1965, the assemblage art made from the wreckage that remained, and the artistic and pedagogical practices of Noah Purifoy.

Bill Brown is the Karla Scherer Distinguished Service Professor in American Culture, appointed in the Department of English and the Department of Visual Arts. He has been a co-editor of Critical Inquiry since 1993. Working at the intersection of literary, visual, and material cultures, he has developed such concepts as “misuse value,” the “materiality effect,” and “redemptive reification” in the effort to apprehend the embeddedness of the human within various object worlds.  He is the author of The Material Unconscious (1997), A Sense of Things: The Object Matter of American Literature (2004), and Other Things (2015), and of essays that explore such topics as “thing theory,” “textual materialism,” and the “obsolescence of the human.” His current project on “Re-Assemblage” asks how the history of assemblage practice in the arts might contribute to the assemblage theory deployed within the social sciences.

Please email us if you require any accommodations to enable your full participation.