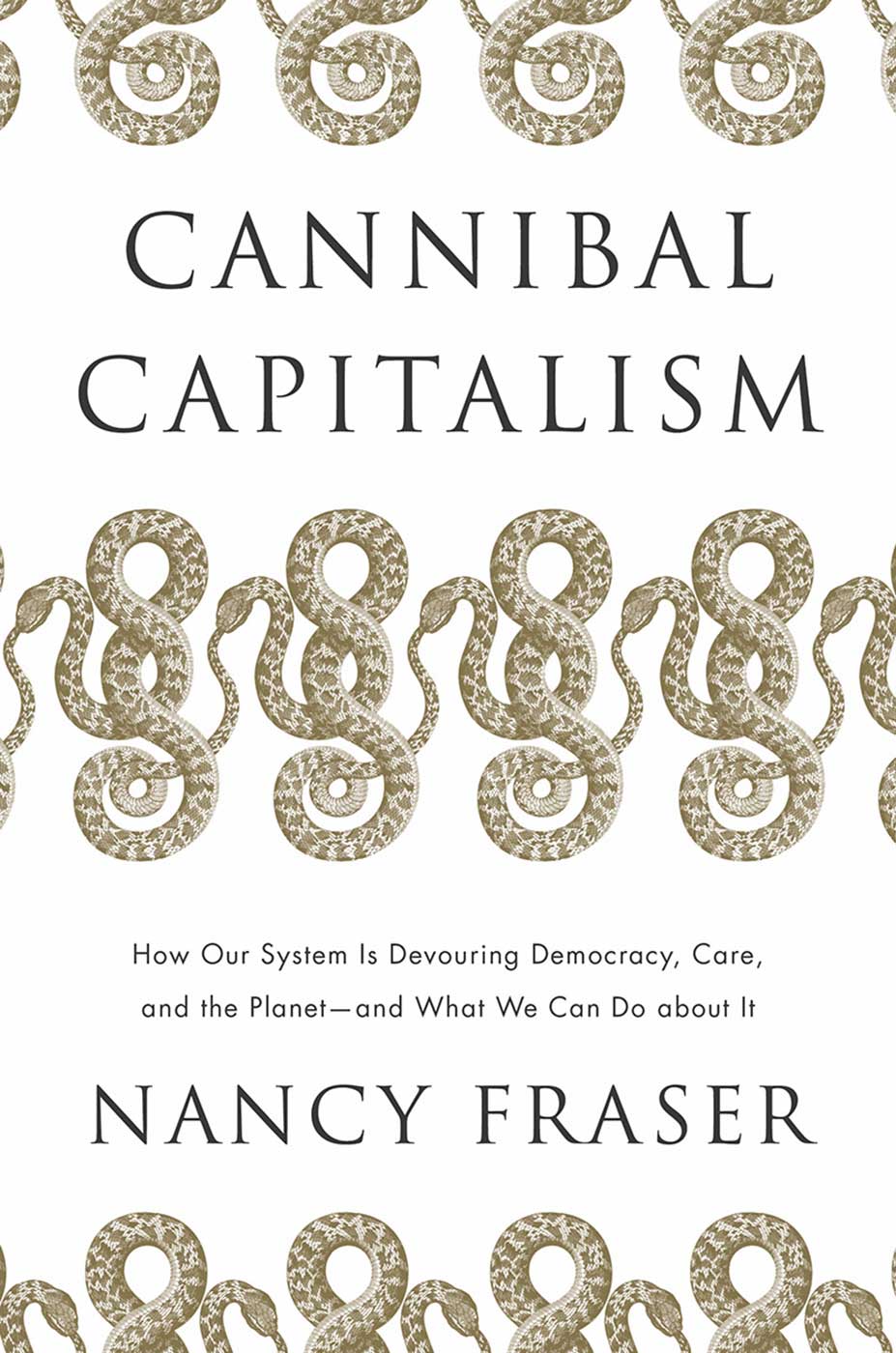 Please join us to celebrate Nancy Fraser’s recent book, Cannibal Capitalism: How Our System Is Devouring Democracy, Care, and the Planet—and What We Can Do About It (Verso Books, 2022). Fraser will be joined in conversation by Ryan Cecil Jobson, and 3CT co-director Lisa Wedeen will moderate.

Capital is currently cannibalizing every sphere of life—guzzling wealth from nature and racialized populations, sucking up our ability to care for each other, and gutting the practice of politics. In this tightly argued and urgent volume, leading Marxist feminist theorist Nancy Fraser charts the voracious appetite of capital, tracking it from crisis point to crisis point, from ecological devastation to the collapse of democracy, from racial violence to the devaluing of care work. These crisis points all come to a head in Covid-19, which Fraser argues can help us envision the resistance we need to end the feeding frenzy.

What we need, she argues, is a wide-ranging socialist movement that can recognize the rapaciousness of capital—and starve it to death.

Nancy Fraser is the Henry and Louise A. Loeb Professor of Philosophy and Politics at the New School for Social Research. She works on social and political theory, feminist theory, and contemporary French and German thought. A recipient of the American Philosophical Association’s 2010 Alfred Schutz Prize and of the Doctor Honoris Causa from the National University of Cordoba (Argentina), Professor Fraser held a “Blaise Pascal International Research Chair” at the École des hautes études en sciences sociales in Paris in 2008-2010. She has also received fellowships from the Stanford Humanities Center, the Bunting Institute, the ACLS, the Humanities Research Institute at the University of California-Irvine, the Institut für die Wissenschaften vom Menschen in Vienna, the Wissenchaftskolleg zu Berlin, and the American Academy in Berlin. Fraser’s publications include Unruly Practices: Power, Discourse, and Gender in Contemporary Social Theory (University of Minnesota Press, 1989), Redistribution or Recognition?: A Political-Philosophical Exchange (Verso Books, 2004), Feminism for the 99%: A Manifesto (Verso Books, 2019), Fortunes of Feminism: From State-Managed Capitalism to Neoliberal Crisis (Verso Books, 2020), and the forthcoming Capitalism: A Conversation in Critical Theory (Verso Books, 2023).

Ryan Cecil Jobson is an anthropologist and social critic of the Caribbean and the Americas. His research and teaching engage issues of energy and extractivism, states and sovereignty, climate and crisis, race and capital. His first book manuscript, The Petro-State Masquerade, is a historical ethnography of fossil fuel industries and postcolonial state building in Trinidad and Tobago. Jobson holds faculty appointments in the Committee on Environment, Geography, and Urbanization (CEGU), the Center for Latin American Studies, and the Department of Race, Diaspora, and Indigeneity. He is Associate Editor of the journal Transforming Anthropology and sits on the editorial boards of Current Anthropology and Small Axe.

Presented by 3CT, the Committee on Environment, Geography and Urbanization (CEGU), and the Seminary Co-op Bookstores.

Please note: Masks are required for all Seminary Co-op events.