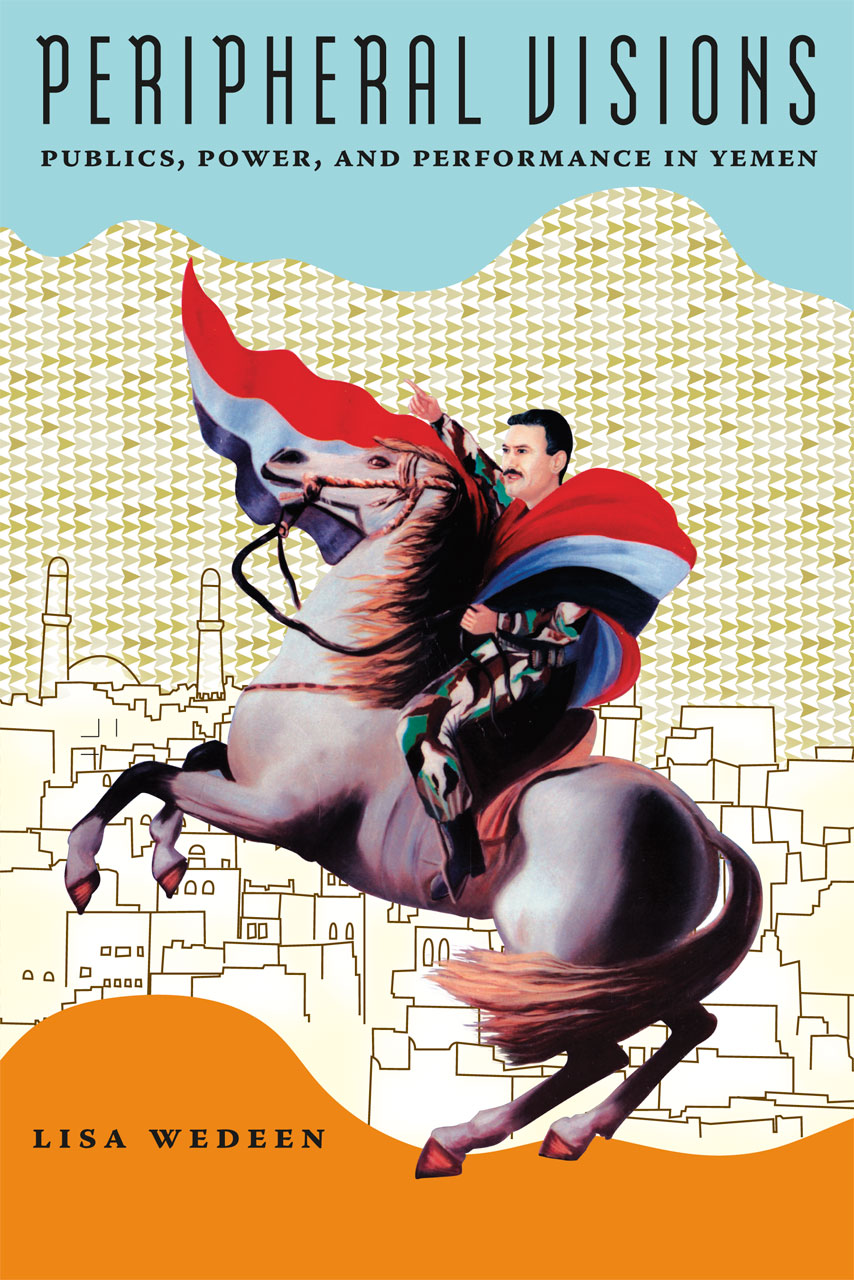 The government of Yemen, unified since 1990, remains largely incapable of controlling violence or providing goods and services to its population, but the regime continues to endure despite its fragility and peripheral location in the global political and economic order. Revealing what holds Yemen together in such tenuous circumstances, Peripheral Visions shows how citizens form national attachments even in the absence of strong state institutions.

Lisa Wedeen, who spent a year and a half in Yemen observing and interviewing its residents, argues that national solidarity in such weak states tends to arise not from attachments to institutions but through both extraordinary events and the ordinary activities of everyday life. Yemenis, for example, regularly gather to chew qat, a leafy drug similar to caffeine, as they engage in wide-ranging and sometimes influential public discussions of even the most divisive political and social issues. These lively debates exemplify Wedeen’s contention that democratic, national, and pious solidarities work as ongoing, performative practices that enact and reproduce a citizenry’s shared points of reference. Ultimately, her skillful evocations of such practices shift attention away from a narrow focus on government institutions and electoral competition and toward the substantive experience of participatory politics.