Trumpism and the University 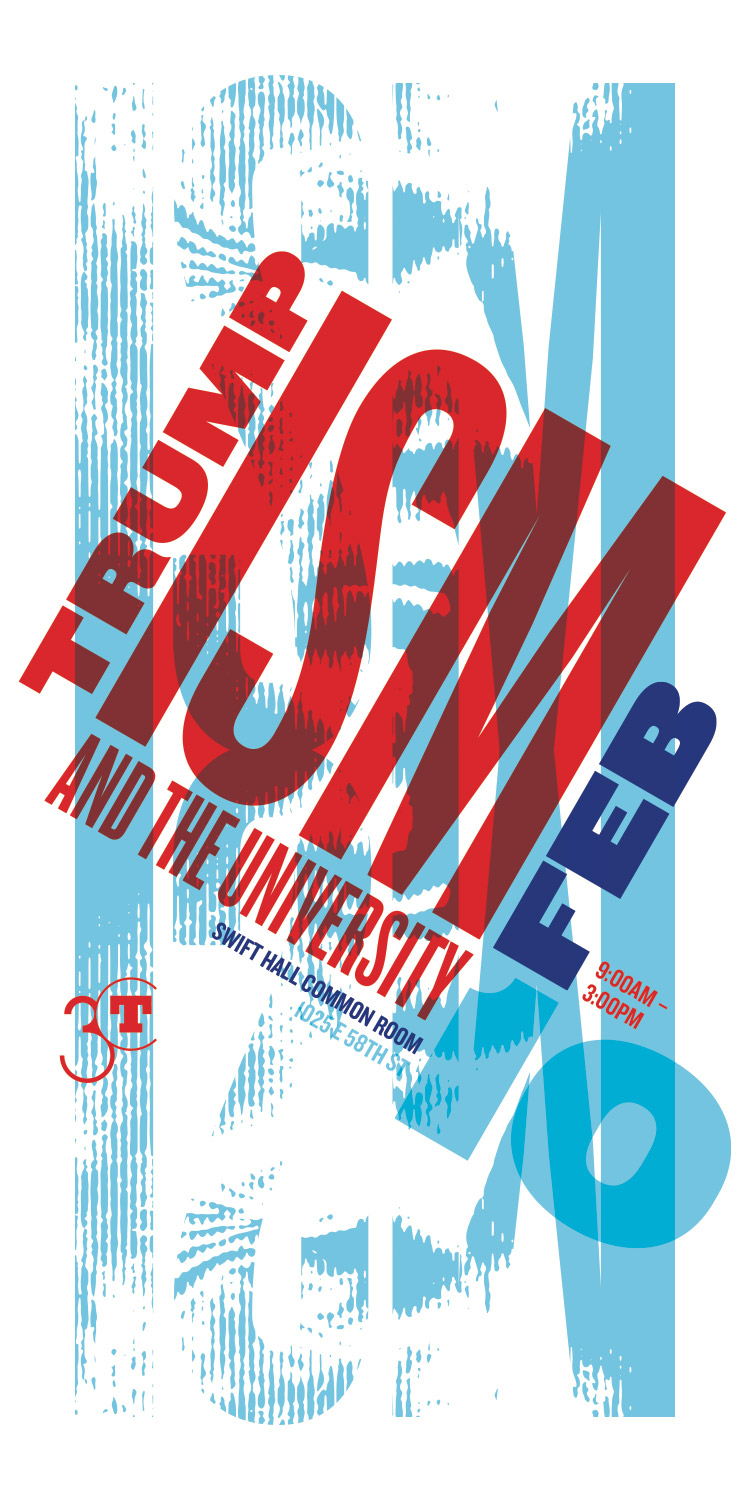 This one-day participatory event co-organized by faculty fellows at 3CT and University of Chicago students provides an opportunity to think through the phenomenon of Trumpism, reactions to it, and its reverberations upon the institution of the university.

Minimally, Trumpism refers to the U.S. variant of a worldwide resurgence of overt ideologies of exclusion and political suppression. Conversations will focus not on the political election itself so much as the conditions (emotional, cultural, legal, economic) flowing beneath and beyond it. Worldwide, ‘the university’ as an institution is itself is under attack by a convergence of right-wing ideologies and corporatization. Movement in this direction was underway well before the 2016 election (indeed, many efforts have been led by forces within the university itself). In what ways are campus debates about safe spaces, academic freedom, and the re-valuation of research and education an echo chamber of larger political dynamics? How does the U.S. situation compare globally? Historically, universities have provided important spaces for the emergence of new political movements. What are the anxieties, constraints, and possibilities for political action in the contemporary moment?

Panels include a mix of faculty and students from across the divisions at the University of Chicago. Students will moderate the panels and provide a wrap-session.  With ample time for dialogue, panels are organized around the following themes:

This event is free and open to the public.

9:00am — Introduction and Welcome
Shannon Dawdy