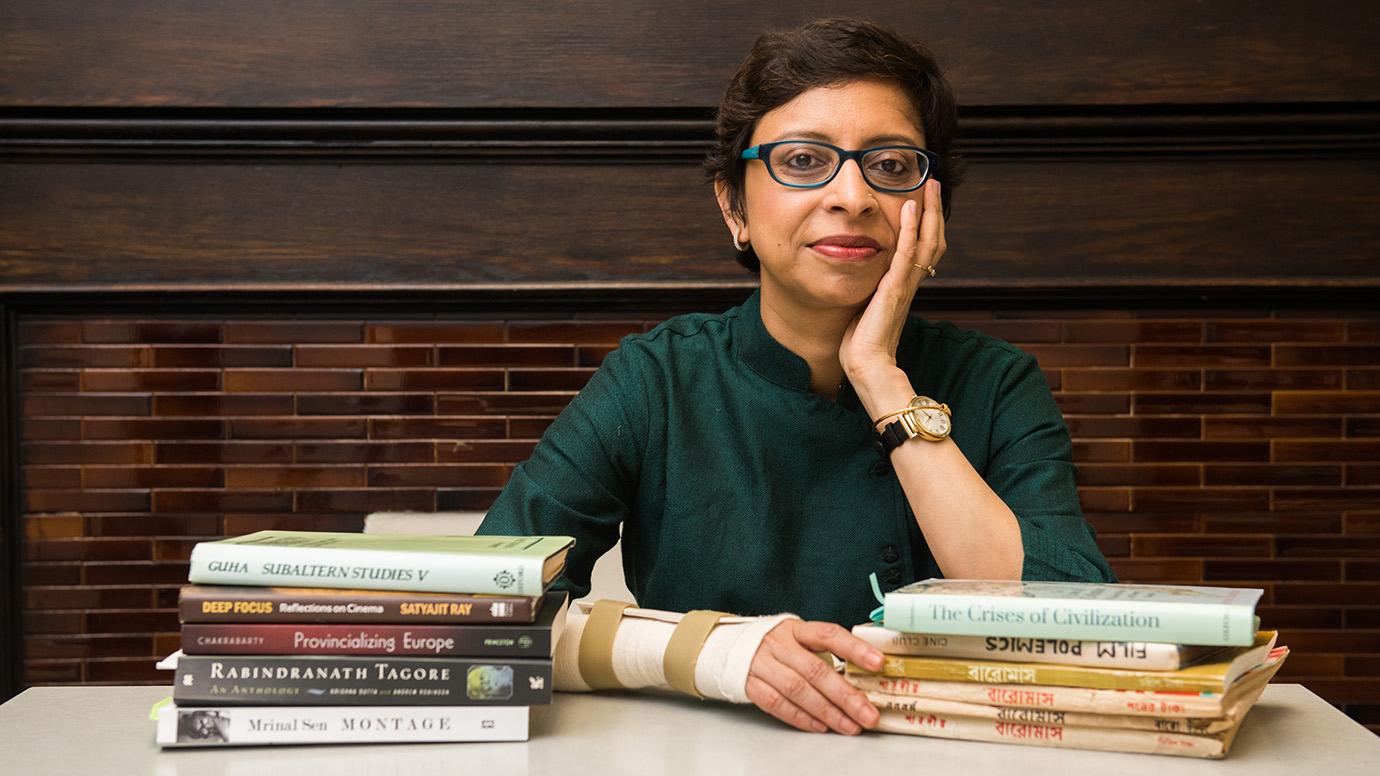 Rochona Majumdar is a historian of modern India. Her interests span histories of Indian cinema, gender and marriage in colonial India, and Indian intellectual thought in the nineteenth and twentieth centuries.

Marriage and Modernity: Family Values in Colonial Bengal (Duke University Press, 2009), challenges the assumption that arranged marriage is an antiquated practice. During the late colonial period Bengali marriage practices underwent changes that led to a valorization of the large, inter-generational family as a revered, ‘ancient,’ social institution, with arranged marriage as the apotheosis of an ‘Indian’ tradition. She documents the ways in which these newly embraced ‘traditions’—the extended family and arranged marriage—entered into competition and conversation with other emerging forms of kinship such as the modern unit of the couple, with both models participating promiscuously in the new ‘marketplace’ for marriages, where matrimonial advertisements in the print media and the payment of dowry played central roles. Majumdar argues that together the kinship structures newly asserted as distinctively Indian and the emergence of the marriage market constituted what was and still is modern about marriages in India.

Writing Postcolonial History (Bloomsbury, 2010) analyzes the impact of postcolonial theory on history writing. It introduces readers to the political and cultural contexts under which this mode of historiography arose and proliferated in the Anglophone world. The books covers an array of historical works, ranging from the Middle Ages to modern empires, about settler colonialism, and the intersection of postcolonial history with histories of race, gender, and migration. Majumdar focuses throughout on the practical application of postcolonial theory in history-writing, providing examples from different historiographical and regional contexts.

Majumdar’s current book, Art Cinema: Film and India’s Possible Futures, is due in Fall 2021. The first monograph on Indian “art” films, this book analyzes art cinema as a mode of historical understanding. It offers discursive and institutional history of the category of art cinema. Majumdar analyzes the arrival of the category in India, the intense debates that ensued around the category in the context of the Indian new wave, and the role of film societies as constituting civil-social space for film reception, dissemination, and polemics. She then turns to the art film as history by focusing on the three city trilogies by Indian art cinema’s foundational figures: Satyajit Ray, Ritiwk Ghatak, and Mrinal Sen.

Majumdar writes regularly on postcolonial theory and historiography and on the intellectual history of key concepts in colonial Bengal during nineteenth and twentieth centuries.

With Upal Chakrabarti and Sukanya Sarbadhikary, Majumdar is currently also engaged in a project on the global history of the Hindu/Presidency College (1817-1972).