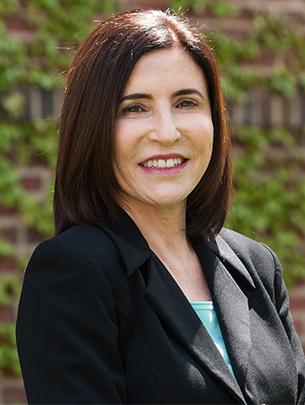 Linda Marie-Gelsomina Zerilli is the Charles E. Merriam Distinguished Service Professor of Political Science and the College. She was the 2010-16 Faculty Director of the Center for the Study of Gender and Sexuality, where she continues in her capacity as a leading scholar and teacher in the field. Zerilli is the author of Signifying Woman (Cornell University Press, 1994), Feminism and the Abyss of Freedom (University of Chicago Press, 2005), A Democratic Theory of Judgment (University of Chicago Press, 2016), and articles on subjects ranging across feminist thought, the politics of language, aesthetics, democratic theory, and continental philosophy. She has been a Fulbright Fellow, a two-time Member of the Institute for Advanced Study, and a Stanford Humanities Center Fellow. In 2016, Zerilli won the University Faculty Award for Excellence in Graduate Teaching and Mentoring. She has served on the executive committee of Political Theory and the advisory boards of The American Political Science Review, Philosophy and Rhetoric, Constellations, and Culture, Theory, and Critique.