A Democratic Theory of Judgment 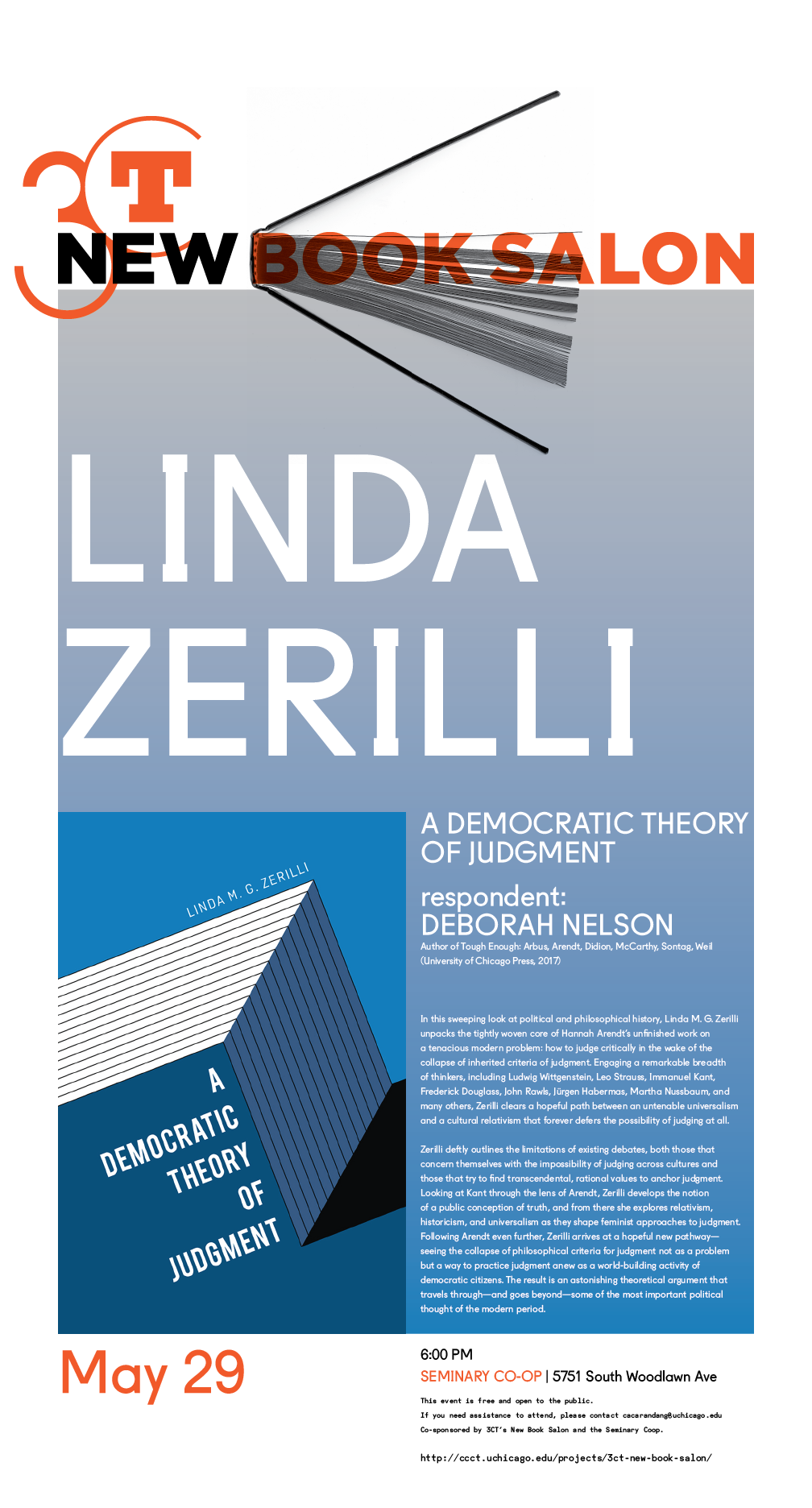 In this sweeping look at political and philosophical history, Linda M. G. Zerilli unpacks the tightly woven core of Hannah Arendt’s unfinished work on a tenacious modern problem: how to judge critically in the wake of the collapse of inherited criteria of judgment. Engaging a remarkable breadth of thinkers, including Ludwig Wittgenstein, Leo Strauss, Immanuel Kant, Frederick Douglass, John Rawls, Jürgen Habermas, Martha Nussbaum, and many others, Zerilli clears a hopeful path between an untenable universalism and a cultural relativism that forever defers the possibility of judging at all.

Zerilli deftly outlines the limitations of existing debates, both those that concern themselves with the impossibility of judging across cultures and those that try to find transcendental, rational values to anchor judgement. Looking at Kant through the lens of Arendt, Zerilli develops the notion of a public conception of truth, and from there she explores relativism, historicism, and universalism as they shape feminist approaches to judgment. Following Arendt even further, Zerilli arrives at a hopeful new pathway—seeing the collapse of philosophical criteria for judgment not as a problem but a way to practice judgment anew as a world-building activity of democratic citizens. The result is an astonishing theoretical argument that travels through—and goes beyond—some of the most important political thought of the modern period.