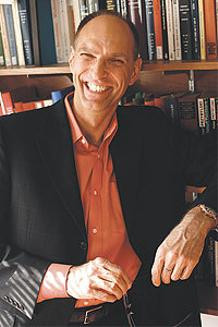 Andreas Glaeser is a sociologist of culture with a particular interest in the construction of identities and knowledges. His work interlaces substantive interests with efforts to build social theory. In this vein, his first book develops a theory of identity formation processes in the context of an ethnographic study of Germany’s post-unification woes. He is currently finishing a book aiming at the development of a political epistemology which asks how people come to understand the world of politics from within their particular biographical trajectories and social milieus. The substantive focus of this book is the late socialist German state’s effort to understand its citizens and to control the opposition as well as the opposition members’ efforts to form their independent understanding of state socialism. He has begun work on a new project which studies the emergence of dominant understandings about Muslim immigrants in the interaction between contingent historical events, the cycles of electoral politics, everyday experiences and mass-mediated discourses in Germany, France, and Britain.