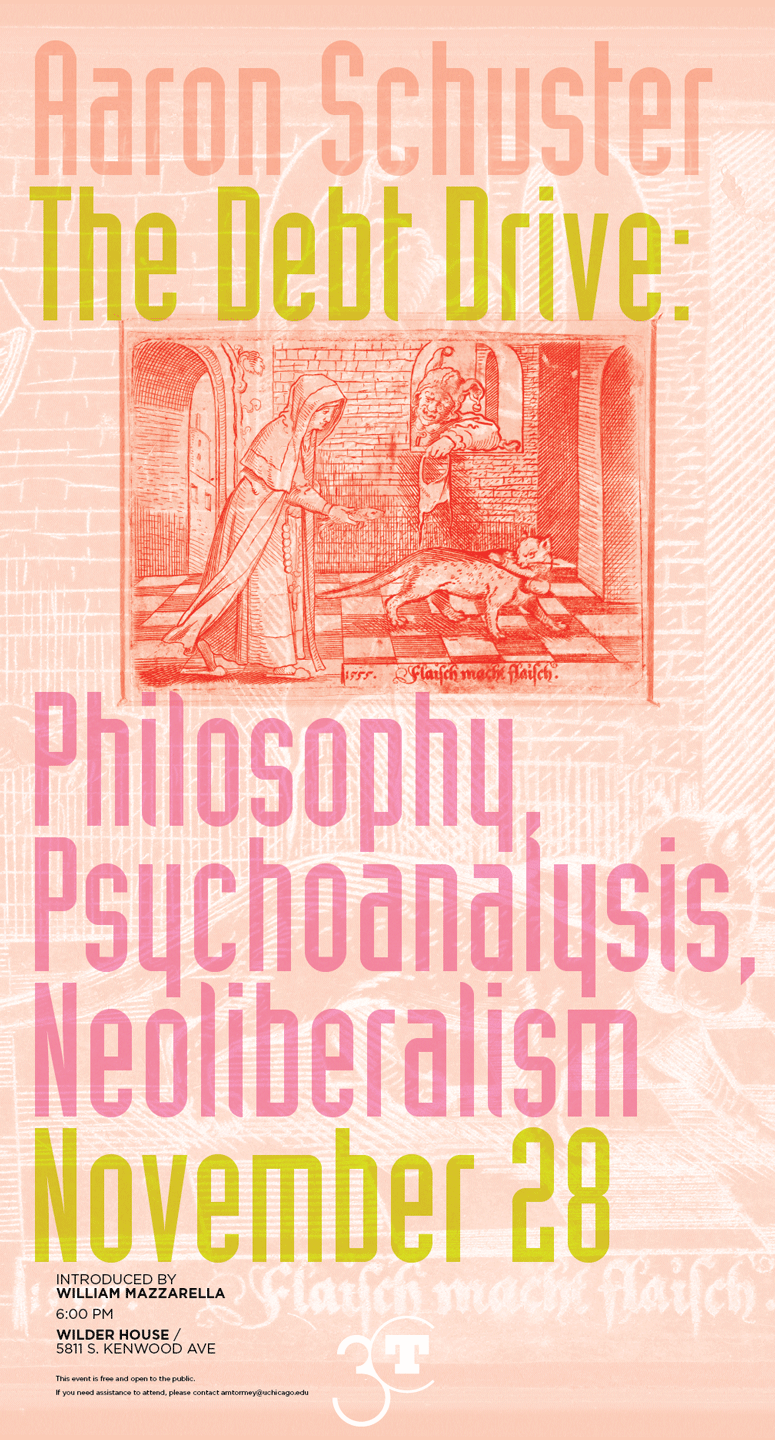 The philosophical conception of the human being as a being whose existence precedes its essence, defined by its radical openness and fundamentally historical character, was, for the twentieth century, part and parcel of an emancipatory project aimed against all kinds of naturalisms and identitarian politics. Neoliberalism can be defined, from the perspective of philosophical anthropology, as a perverse exploitation of the “indetermination” of the human being, whose plasticity, capacity for reinvention, and underlying precarity are now marshalled in the service of the market. Paradoxically, the very openness meant to combat reification has itself become a vector for reification. Not only does neoliberalism exploit this openness or ontological precarity, it also mobilizes a powerful apparatus for interpreting the subject’s “lack of being” and giving it a specific form: namely, debt. This talk explores the workings of this contemporary form of ideology, and also shows how it fails or breaks down, thus producing a new field of political contestation.

Aaron Schuster is a visiting professor at the University of Chicago, Germanic Studies and the Franke Institute for the Humanities. He is a former Fellow at the Institute of Cultural Inquiry (ICI) Berlin and the Institute for Advanced Studies Rijeka (Croatia), and Head of Theory Program at the Sandberg Institute Amsterdam. He is the author of The Trouble With Pleasure: Deleuze and Psychoanalysis (MIT Press, 2016).