Beyond Satire: What Lubitsch, Genet, and Claudel Can Tell Us About Ideology Today 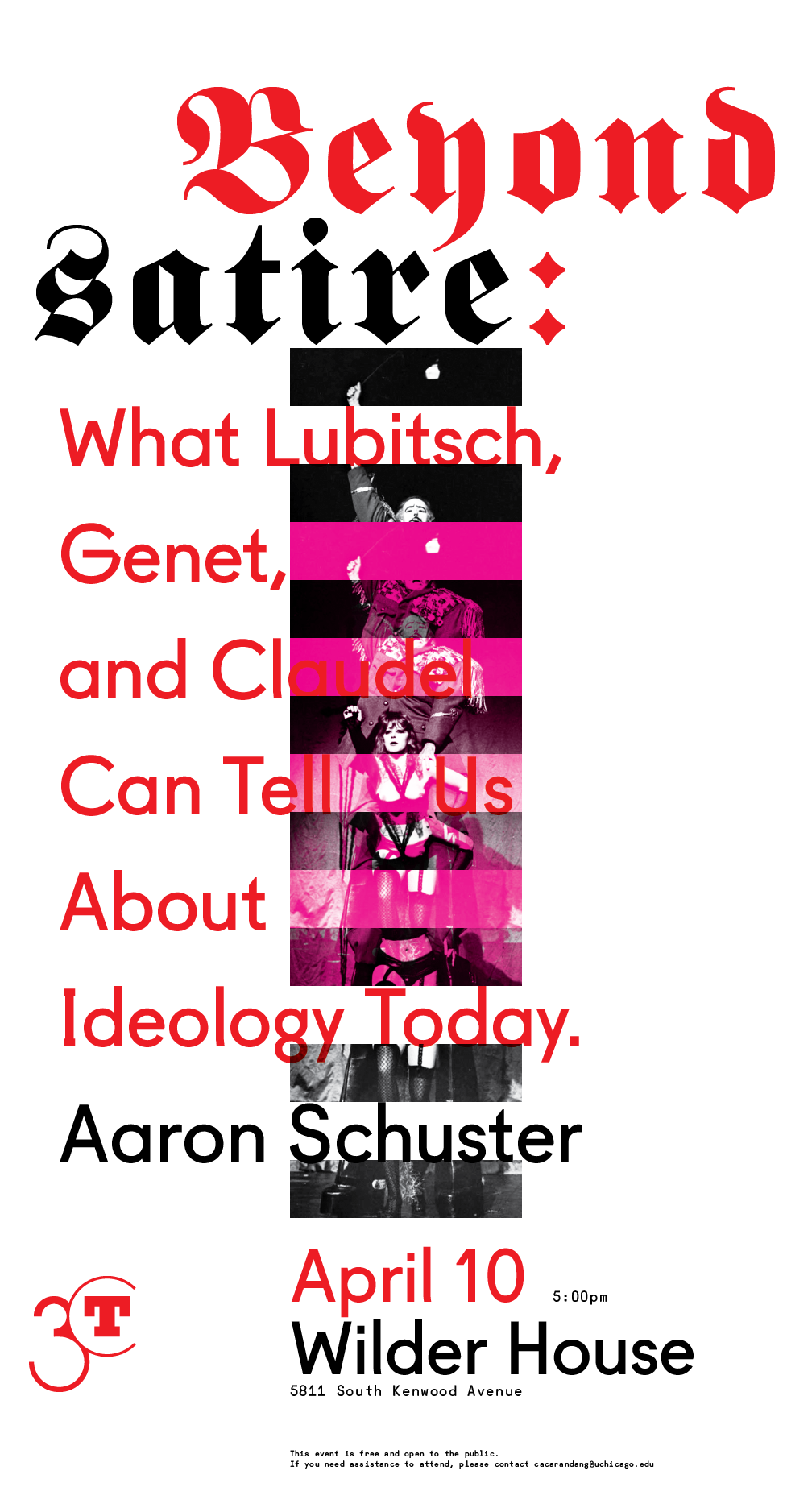 Can there still be political comedy when politics has itself become an unsurpassable comedy, a self-satire to beat all satires? Today we ought to reverse Marx’s famous formula: instead of history as the farcical repetition of what previously possessed tragic dignity,  contemporary reality presents itself as “the first time as farce, the second time as tragedy.” This is the lesson of Jean Genet’s play The Balcony, a subversive political comedy that takes place almost entirely inside a fancy brothel. What begins as a seemingly inconsequential sex farce ends as a deadly serious political tragedy when the clownish troupe of brothel-goers effectively seize the reigns of power.

This talk focuses on three artworks, Ernst Lubitsch’s film To Be or Not To Be, Genet’s The Balcony, and Paul Claudel’s play The Hostage, to outline some of the ways that ideology works today.

Aaron Schuster is a philosopher and writer, based in Amsterdam. He is the author of The Trouble with Pleasure: Deleuze and Psychoanalysis (MIT Press, 2016). He is currently working on two book projects: Spasm: A Philosophy of Tickling, forthcoming from Cabinet Books, and, together with William Mazzarella and Eric Santner, Sovereignty Inc.: Three Inquiries in Politics and Enjoyment, to appear in the Trios Series of the University of Chicago Press. In 2016 he was a visiting professor at the University of Chicago.