Tone, Tact, and Meaning in Ethnographic and Documentary Film 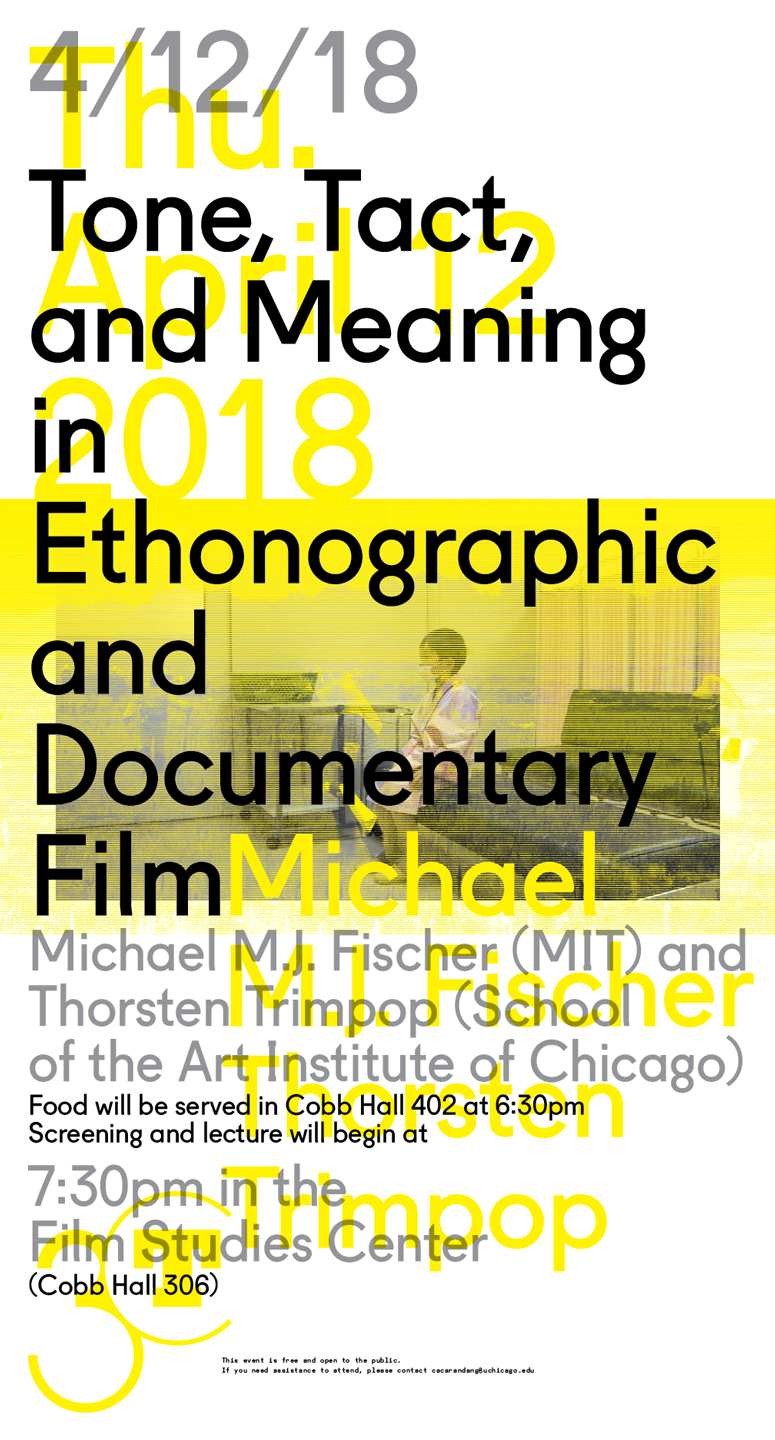 Thorsten Trimpop’s film, Furusato 古里, is a human-scale portrait of a small town in Japan’s nuclear exclusion zone. It premiered at the International Documentary Film Festival Leipzig (DOK Leipzig) where it won the grand prize, the Golden Dove. Currently, it’s touring film festivals worldwide and is in theatrical release in 52 cities in Germany and Austria.

The film will be shown, followed by a discussion with the filmmaker, Thorsten Trimpop (School of the Art Institute of Chicago), and anthropologist Michael M.J. Fischer (MIT). Trimpop and Fischer co-taught a class at MIT last year exploring ethnographic filmmaking and particularly the fast-changing partnership between technologies and ways of seeing.

Fischer’s interest is in broadening the tools of ethnographic “writing” (including both epistemological frames from other media, and incorporating other media for ethnographic and social theory purposes).

Furusato 古里 translates, roughly, as “home”, but also more poignantly evokes the landscapes both of our origin and birth, but also our death. Such “structures of feeling” are themselves of ethnographic interest, as are the transnational structures of feeling that motivate a filmmaker to take up the years that it takes to produce such a film.

Furusato 古里 reveals the unusual relationship between a landscape and its inhabitants. Over the course of a thousand years, the exuberant nature of Japan’s eastern coast has become interwoven in the lives of its people. Here, the earth is sacred—but now, it is tainted with the invisible danger of radiation. For those who have decided to stay, the rural scene surrounding the crippled Fukushima Daiishi nuclear power plant remains the place they call home – their furusato, the first landscape they experience as children and the last one they will see before they die. A monumental portrait of wounded nature and the unsung costs of progress, the film illuminates the struggle of daily existence amidst the greatest nuclear disaster of our time. Here, no one measures in half-lives. This is about eternity.