The Debt of the Living 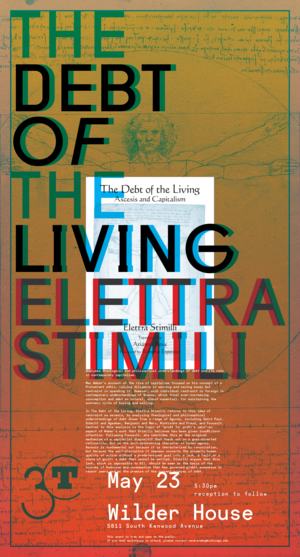 Max Weber’s account of the rise of capitalism focused on his concept of a Protestant ethic, valuing diligence in earning and saving money but restraint in spending it. However, such individual restraint is foreign to contemporary understandings of finance, which treat ever-increasing consumption and debt as natural, almost essential, for maintaining the economic cycle of buying and selling.

In The Debt of the Living, Elettra Stimilli returns to this idea of restraint as ascesis, by analyzing theological and philosophical understandings of debt drawn from a range of figures, including Saint Paul, Schmitt and Agamben, Benjamin and Marx, Nietzsche and Freud, and Foucault. Central to this analysis is the logic of “profit for profit’s sake”—an aspect of Weber’s work that Stimilli believes has been given insufficient attention. Following Foucault, she identifies this as the original mechanism of a capitalist dispositif that feeds not on a goal-directed rationality, but on the self-determining character of human agency. Ascesis is fundamental not because it is characterized by renunciation, but because the self-discipline it imposes converts the properly human quality of action without a predetermined goal into a lack, a fault, or a state of guilt: a debt that cannot be settled. Stimilli argues that this lack, which is impossible to fill, should be seen as the basis of the economy of hedonism and consumption that has governed global economies in recent years and as the premise of the current economy of debt.