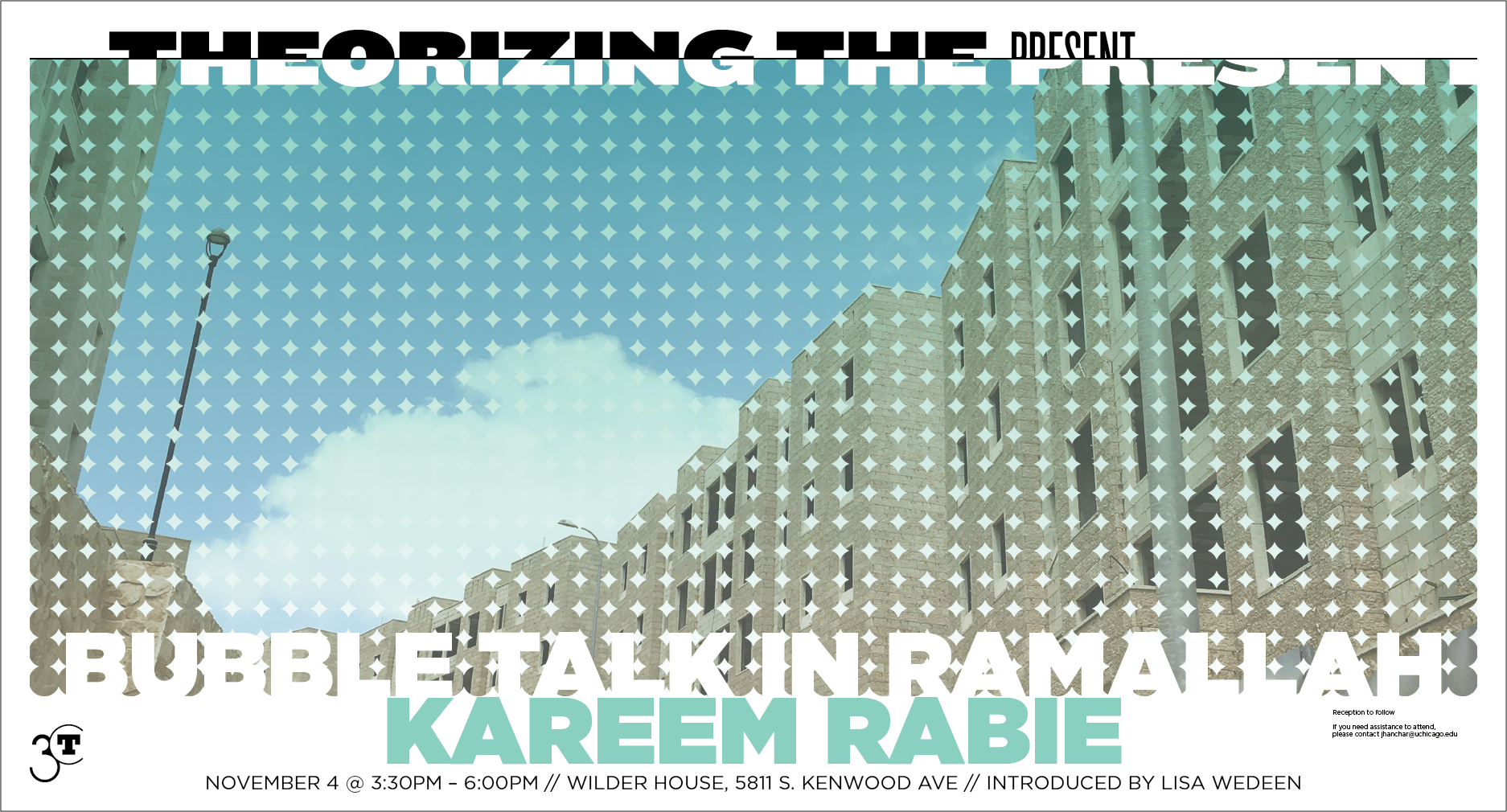 Recently there has been a proliferation of talk about Ramallah’s “bubble.” Based on the seeming contradiction between the quality of life there versus elsewhere in the occupied West Bank, popular accounts are rife with descriptions of bubbles emerging and bursting. The bubble language is pervasive but it is not coherent. Some argue that the bubble is economic, poised to pop and thereby destroy Ramallah’s boomtown economy. Others contend that the bubble is an artificial force that encourages inorganic businesses that can’t survive the occupation. And others maintain that the bubble is based in government debt, or that it is a “problem” that the private sector will need to solve. Or that it might be made of consumer debt.

Some argue that the bubble is a sphere of representation, a cultural fact productive of a different kind of public space, which marks Ramallah as somehow not of Palestine. While others suggest that Ramallah itself is a bubble and thereby insulated from Israeli occupation. And that now, post-intifada, it enables widespread exhaustion to give rise to individual aspiration, and provides Palestinians relief from the political situation.

Even if some accounts of the bubble are based on certain assumptions of what Palestinianness, resistance, or forms of wealth should look like, it is clear that for some, the economic situation, and the idea of the bubble, is reconfiguring resistance. For others, it is “truly a bubble” that prevents political action altogether. Or it could be close to bursting, a “recipe for revolution” that results from unsustainable growth and the widening gap between a “new, highly educated, English-speaking class in Ramallah” and those classes most harmed by austerity measures.

In this talk, an expansion of a 2013 Jadaliyya piece, Rabie will give a political economic history and a city report on Ramallah, and argue that when viewed from a different perspective, the newness of the Ramallah market does not index instability, but instead points towards a set of practices that attempt to bound instabilities into possibilities for accumulation. In various ways, debt, falling wages, and PA wage instability control the dynamics of consumption and manage the market; and the political economic relationship of the PA to Israel keeps the West Bank, as both a territorial unit and a market, subordinate to Israel’s.

Kareem Rabie graduated in 2014 from CUNY with a Ph.D. in anthropology and is currently Collegiate Assistant Professor in the Social Sciences and a Harper-Schmidt Fellow in the Liberal Arts.  His research interests include Urban Anthropology and Geography, anthropology of the state, political economy, the Middle East, Palestine/Israel, and China.

He is currently working on a book manuscript based on his dissertation, Palestine is Throwing a Party and the Whole World Is Invited: Private Development and State Building in the Contemporary West Bank.  In 2014-2015, Rabie was based at the University of Oxford where he was Senior Researcher and Marie Curie Fellow at the Centre on Migration, Policy, and Society, and Research Associate at the Oxford Programme on the Future of Cities.