What is the Matter with Hungary? 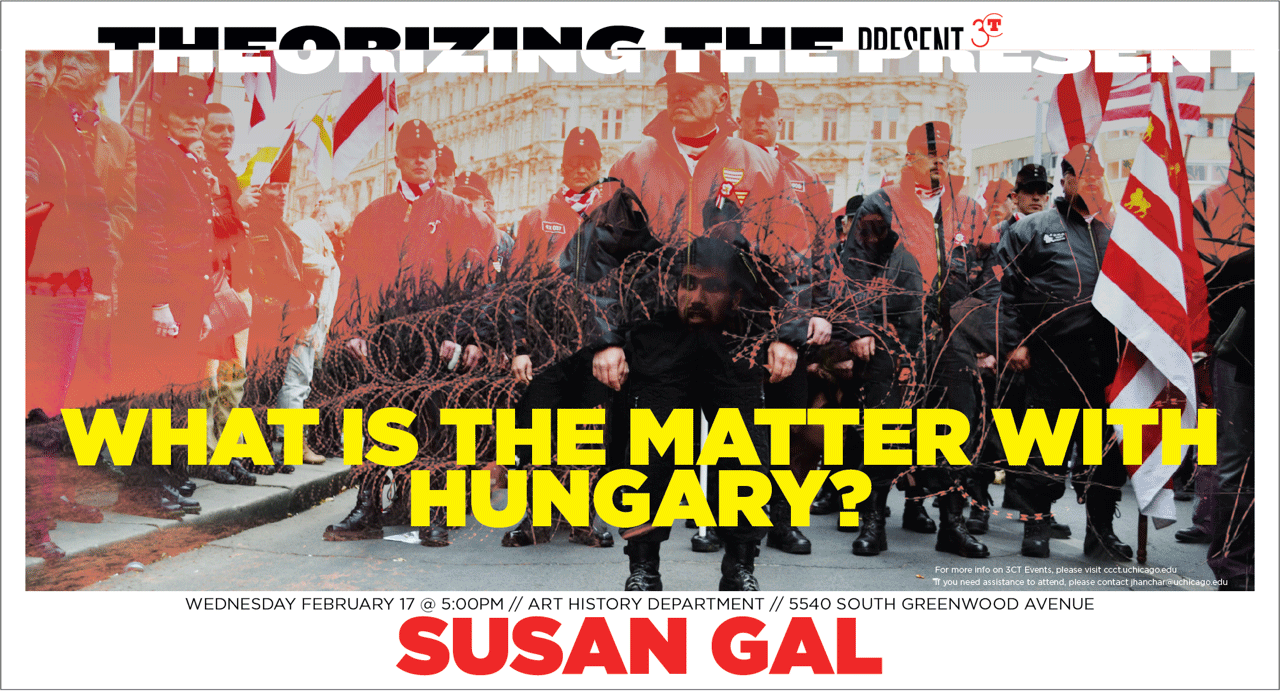 When Hungary joined the European Union and NATO, it was joyously welcomed as a newly “democratic” state.  Yet in the last few years, the former dissidents of the 1989-era have circulated alarming letters to an international audience warning of fraudulent elections, corrupted courts, rewritten histories, and an extreme far right party.  More recently, the prime minister’s xenophobic moves are being imitated by other “new” EU states in the current refugee crisis.  Prof. Gal’s analysis will begin with the postsocialist economic history of Hungary, the discursive strategies of the current government, and the dilemmas of the opposition.

Susan Gal is the Mae & Sidney G. Metzl Distinguished Service Professor of Anthropology, Linguistics, and the Humanities Collegiate Division. Her research interests include the political economy of language, including linguistic nationalism, language and gender, and the rhetorical and symbolic aspects of political transformation in contemporary Eastern Europe and post socialism generally. Gal’s publications include numerous journal articles, including “Contradictions of standard language in Europe: Implications for the study of publics and practices” (Social Anthropology 2006) and “Bartòk’s funeral: Representations of Europe in Hungarian political rhetoric” (American Ethnologist 1991). She is co-author with Gail Kligman of The Politics of Gender After Socialism (Princeton 2000), which won the Heldt Prize of the AAASS and co-editor with Kathryn Woolard of Languages and Publics: The Making of Authority (St. Jerome’s Press 2001). Gal is also the recipient of numerous awards, including a Simon Guggenheim Memorial Fellowship, an SSRC-ACLS International Fellowship, as well as Fulbright, ACLS, and NIMH Fellowships.