Is Justice an Option? Politics after Evil 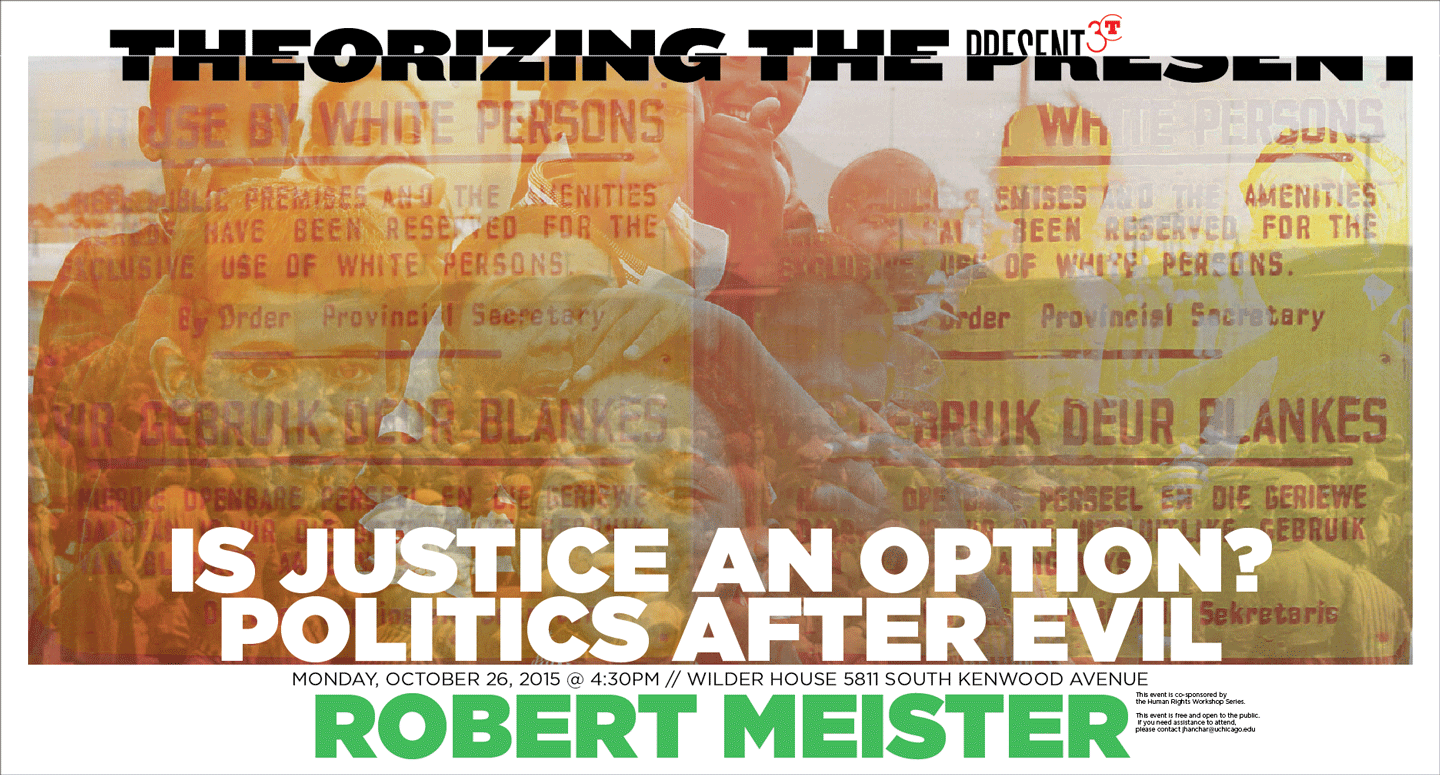 Visiting 3CT Fellow Robert Meister, Professor of Social and Political Thought in the Department of History of Consciousness at the University of California, Santa Cruz, argues that the way in which mainstream human rights discourse speaks of such evils as the Holocaust, slavery, or apartheid puts them solidly in the past. Such elaborate techniques of “transitional” justice encourages future generations to move forward by creating a false assumption of closure. Meister criticizes such methods for their deferral of justice leading to cumulative and compounding gains for beneficiaries of past evil that are no longer seen to perpetuate it. In this talk Professor Meister analyzes the ongoing gains from past evil by focusing on the vehicles through which wealth is preserved and accumulated. He then considers ways to harvest and redistribute the benefits of deferring the option of justice, and what it means for justice to remain an option in post-conflict society. The talk concludes by sketching a concept of intertemporal justice in which politics is about who benefits from rolling over the option of justice now.

This event is co-sponsored by the Human Rights Workshop Series.