Capitalism and the Emergence of Civic Equality in Eighteenth-Century France 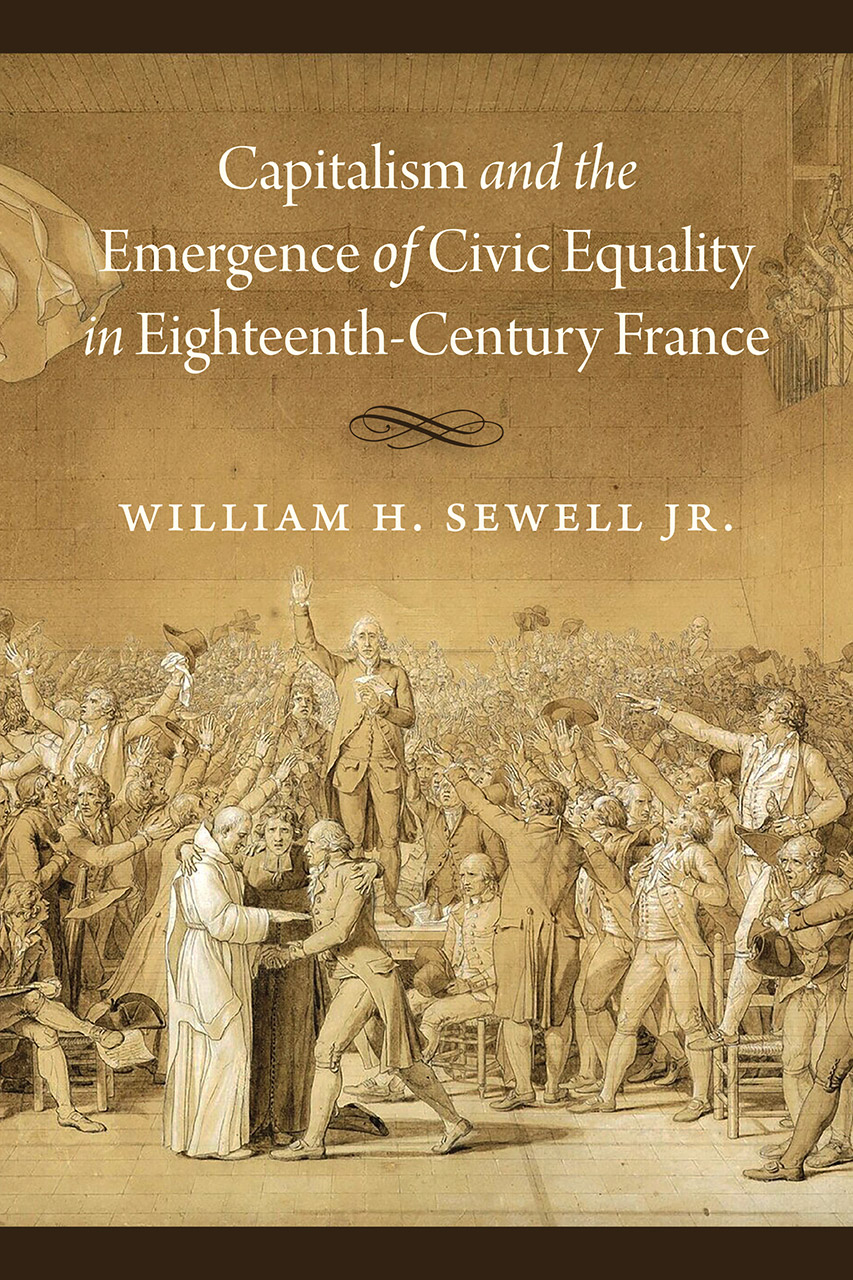 This is a hybrid event. Registration via the link above is required for both in-person and virtual participation.

Please join us to celebrate 3CT fellow William H. Sewell Jr.’s recent book, Capitalism and the Emergence of Civic Equality in Eighteenth-Century France, which was published this year as part of the Chicago Studies in Practices of Meaning series, a long-standing collaboration between 3CT and the University of Chicago Press. Sewell will be joined in conversation by Paul Cheney, and 3CT co-director Lisa Wedeen will moderate.

There is little doubt that the French Revolution of 1789 changed the course of Western history. But why did the idea of civic equality—a distinctive signature of that revolution—find such fertile ground in France? How might changing economic and social realities have affected political opinions?

William H. Sewell Jr. argues that the flourishing of commercial capitalism in eighteenth-century France introduced a new independence, flexibility, and anonymity to French social life. By entering the interstices of this otherwise rigidly hierarchical society, expanded commodity exchange colored everyday experience in ways that made civic equality thinkable, possible, even desirable, when the crisis of the French Revolution arrived. Sewell ties together masterful analyses of a multitude of interrelated topics: the rise of commerce, the emergence of urban publics, the careers of the philosophes, commercial publishing, patronage, political economy, trade, and state finance. Capitalism and the Emergence of Civic Equality in Eighteenth-Century France offers an original interpretation of one of history’s pivotal moments.

William H. Sewell Jr. is Frank P. Hixon Distinguished Service Professor Emeritus of Political Science and History at the University of Chicago, as well as a 3CT fellow and founding editor of 3CT’s Critical Historical Studies journal. He has long been interested in the intersection between history and social theory. Logics of History: Social Theory and Social Transformation (University of Chicago Press, 2005), also part of the Chicago Studies in Practices of Meaning series, won an award in 2008 from the American Sociological Association for the best recent book in sociological theory.

Paul Cheney is Professor of European History, Fundamentals, and the College at the University of Chicago. He is an historian of Europe with a specialization in old regime France and its colonial empire. Before beginning his PhD training in history at Columbia University, he studied political economy at the New School for Social Research. He has taught at Columbia University, the European College of Liberal Arts (Berlin), and the Queen’s University of Belfast.

Presented by 3CT and co-sponsored by Seminary Co-op Bookstores.