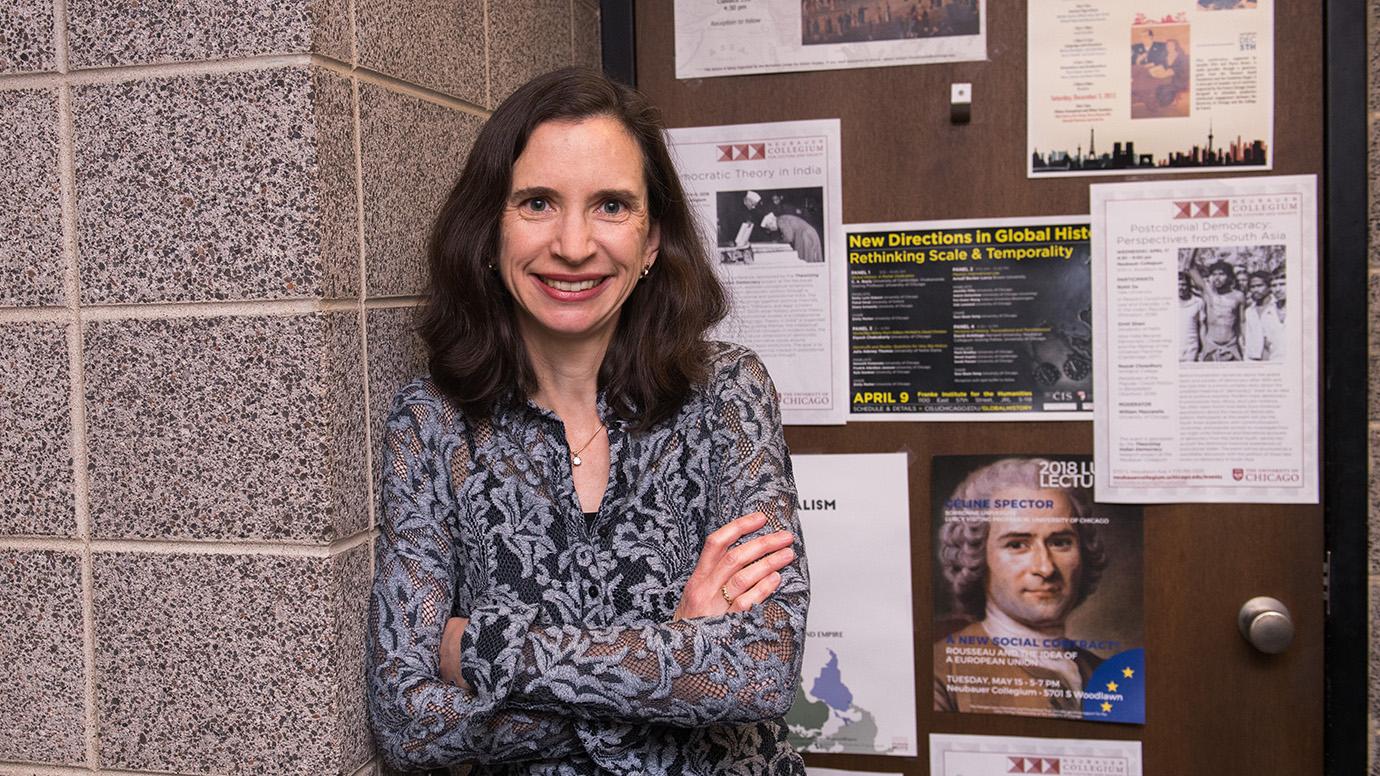 Jennifer Pitts is Professor of Political Science and in the Committee on Social Thought. Her research and teaching interests lie in the fields of modern political and international thought, particularly British and French thought of the eighteenth and nineteenth centuries; empire and post-colonial theory; the history of international law; and global justice. She is editing, with Adom Getachew, a volume of W.E.B. Du Bois’s writings on international matters. Her book Boundaries of the International: Law and Empire (Harvard University Press, 2018) explores European debates over legal relations with extra-European societies during the eighteenth and nineteenth centuries. She is also author of A Turn to Empire: The Rise of Imperial Liberalism in Britain and France (Princeton University Press, 2005); co-editor with David Armitage of The Law of Nations in Global History (Oxford University Press, 2017); and editor and translator of Alexis de Tocqueville: Writings on Empire and Slavery (Johns Hopkins University Press, 2001). She is a co-editor of the Cambridge University Press series Ideas in Context.