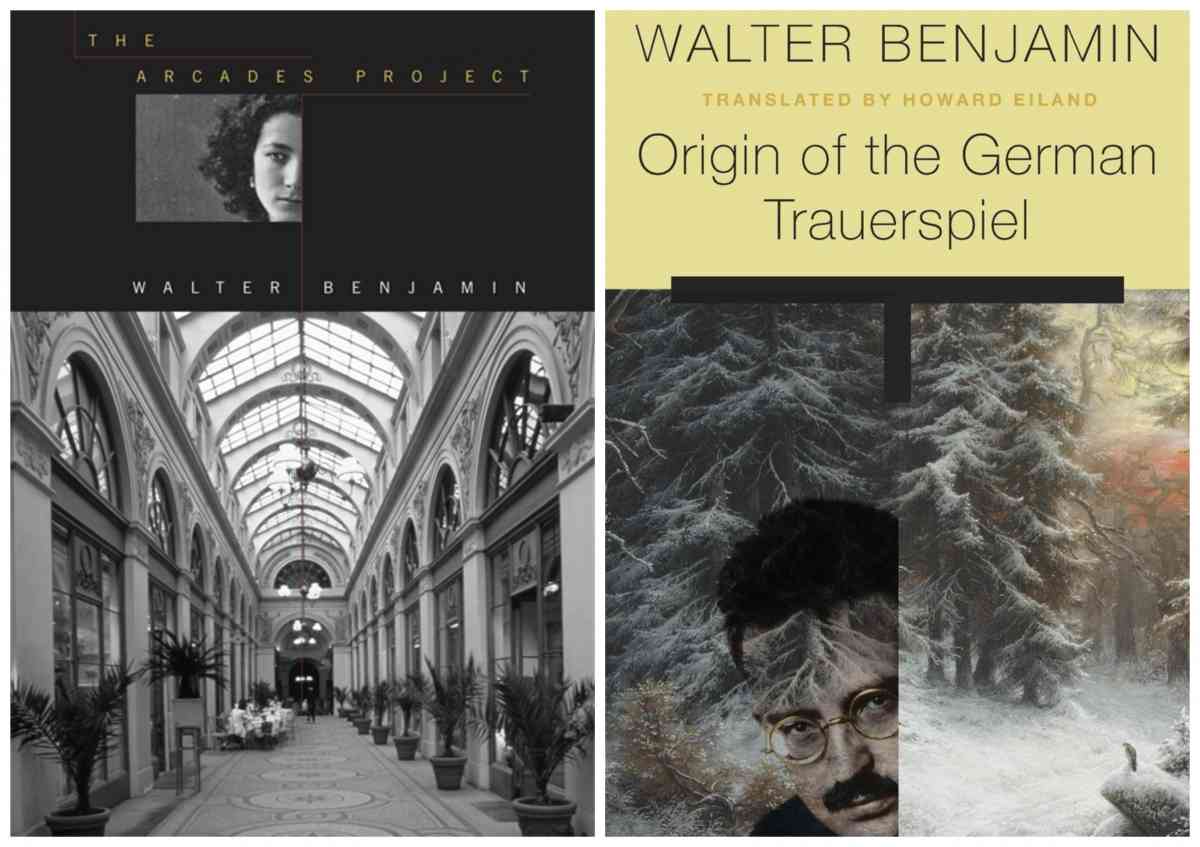 Join us for a panel discussion celebrating the 20th anniversary of the publication of Walter Benjamin’s The Arcades Project and the new translation of his Origin of the German Trauerspiel, with Lindsay Waters, D. N. Rodowick, and 3CT fellow Bill Brown.

“To great writers,” Walter Benjamin once wrote, “finished works weigh lighter than those fragments on which they labor their entire lives.” Conceived in Paris in 1927 and still in progress when Benjamin fled the Occupation in 1940, The Arcades Project (in German, Das Passagen-Werk) is a monumental ruin, meticulously constructed over the course of thirteen years—“the theater,” as Benjamin called it, “of all my struggles and all my ideas.” Focusing on the arcades of nineteenth-century Paris—glass-roofed rows of shops that were early centers of consumerism—Benjamin presents a montage of quotations from, and reflections on, hundreds of published sources, arranging them in 36 categories with descriptive rubrics such as “Fashion,” “Boredom,” “Dream City,” “Photography,” “Catacombs,” “Advertising,” “Prostitution,” “Baudelaire,” and “Theory of Progress.” His central preoccupation is what he calls the commodification of things—a process in which he locates the decisive shift to the modern age.

The Arcades Project is Benjamin’s effort to represent and to critique the bourgeois experience of nineteenth-century history, and, in so doing, to liberate the suppressed “true history” that underlay the ideological mask. In the bustling, cluttered arcades, street and interior merge and historical time is broken up into kaleidoscopic distractions and displays of ephemera. Here, at a distance from what is normally meant by “progress,” Benjamin finds the lost time(s) embedded in the spaces of things.

Origin of the German Trauerspiel was Walter Benjamin’s first full, historically oriented analysis of modernity. Readers of English know it as “The Origin of German Tragic Drama,” but in fact the subject is something else—the play of mourning. Howard Eiland’s completely new English translation, the first since 1977, is closer to the German text and more consistent with Benjamin’s philosophical idiom. Focusing on the extravagant seventeenth-century theatrical genre of the trauerspiel, precursor of the opera, Benjamin identifies allegory as the constitutive trope of the Baroque and of modernity itself. Allegorical perception bespeaks a world of mutability and equivocation, a melancholy sense of eternal transience without access to the transcendentals of the medieval mystery plays—though no less haunted and bedeviled. History as trauerspiel is the condition as well as subject of modern allegory in its inscription of the abyssal.