The Franke Institute for the Humanities map 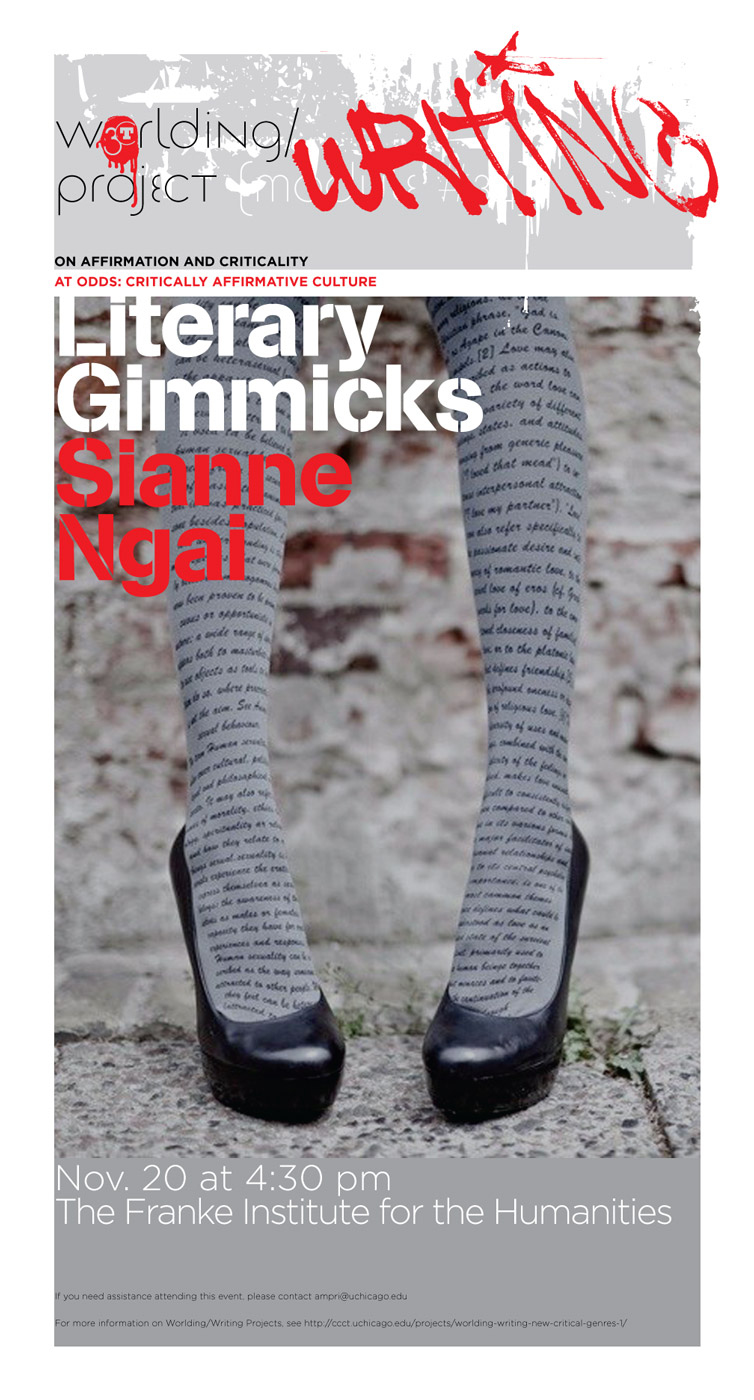 How do certain aesthetic objects manage to seem enigmatic even when they no longer surprise us? Like the entertainment magician’s card or hat trick, the Literary Gimmick helps us get at this question as well as a number of others similarly related to the dialectic of rationality and enchantment which Adorno describes as immanent to art.  This talk will focus on the special leverage that the gimmick gives us on the encounter between criticism and literature in the novel of ideas, using Nicola Barker’s 2003 novel Clear and Henry James 1903 tale “The Birthplace” as the main examples.

This talk is part of our year-long series “On Affirmation and Criticality.” It is the first event in the series’ second segment: “At Odds: Critically Affirmative Culture.” This segment turns to the foundational opposition between critical theory and affirmation, to ask: Are we, as critical theorists, attached to keeping ourselves at odds with the world, perhaps at the cost of looking closer at the places where we are at odds with ourselves in the work of thinking and writing? Does the commandment to criticality not involve its own affirmations, consolations, and pleasures? And does affirmation necessarily involve anti-critical disavowal? Other speakers in the series will include Eric Hayot, Alexei Yurchak, and James Currie.

Sianne Ngai is Professor of English at Stanford University. She specializes in American literature, twentieth-century literary and cultural theory, and feminist studies. Her books are Our Aesthetic Categories: Zany, Cute, Interesting (Harvard University Press, 2012), and Ugly Feelings (Harvard University Press, 2005). She is the recipient of a 2007-08 Charles A. Ryskamp Fellowship from the American Council of Learned Societies and a 2013-14 Fellowship at the Institute of Advanced Studies in Berlin. She is currently working on a new project called The Sad Marvels, on the intersection of rationalized technique and enchantment in American and British literature from the late 19th century to the present.