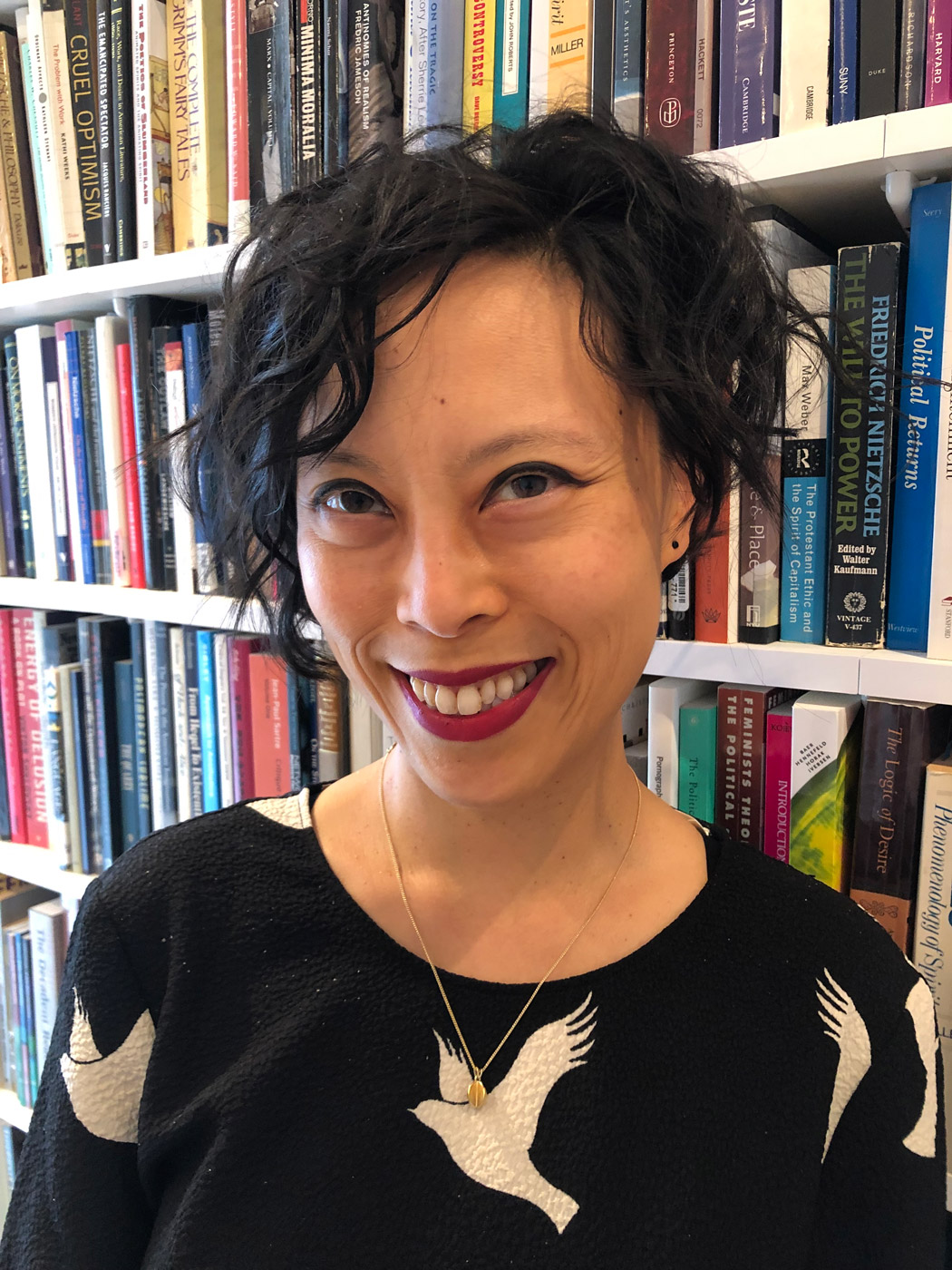 We are thrilled to share the news that distinguished scholar Sianne Ngai has joined 3CT as a fellow. We are honored to welcome her to our collective, which now includes eighteen fellows from the Divisions of the Social Sciences and the Humanities.

Sianne Ngai is Andrew W. Mellon Professor of English at the University of Chicago. Ngai’s first book, Ugly Feelings (2005, Harvard University Press), is considered a key work of affect theory for its focus on politically ambiguous, non-cathartic negative emotions—envy and irritation as opposed to anger and fear. Her second book, Our Aesthetic Categories: Zany, Cute, Interesting (2012, Harvard University Press), which won the Modern Language Association’s James Russell Lowell Prize, argues for the contemporary centrality of three everyday aesthetic categories, which are approached with the same philosophical seriousness given to the beautiful and sublime. Ngai’s most recent book, Theory of the Gimmick: Aesthetic Judgment and Capitalist Form (2020, The Belknap Press of Harvard University Press), winner of the Association of the Study of the Arts of the Present 2021 Book Prize and shortlisted for the 2021 Christian Gauss Prize, explores the “gimmick” as a verdictive speech act and form encoding a series of interconnected contradictions concerning labor, time, and value. Ngai’s work is most broadly concerned with the analysis of aesthetic forms and judgments specific to capitalism. She is currently working on a book about the ways in which Marx, Hegel, and a number of writers and artists inhabit error.

Ngai’s work has been translated into multiple languages, and she has received fellowships from the Institute of Advanced Study in Berlin and the American Council of Learned Societies. She co-edited, with Lauren Berlant, a special issue of Critical Inquiry on Comedy (2017). Ngai has also taught at the Cornell School for Criticism and Theory and Sci-Arch, The Southern California Institute for Architecture.