Academic Writing, I Love You. Really, I Do. 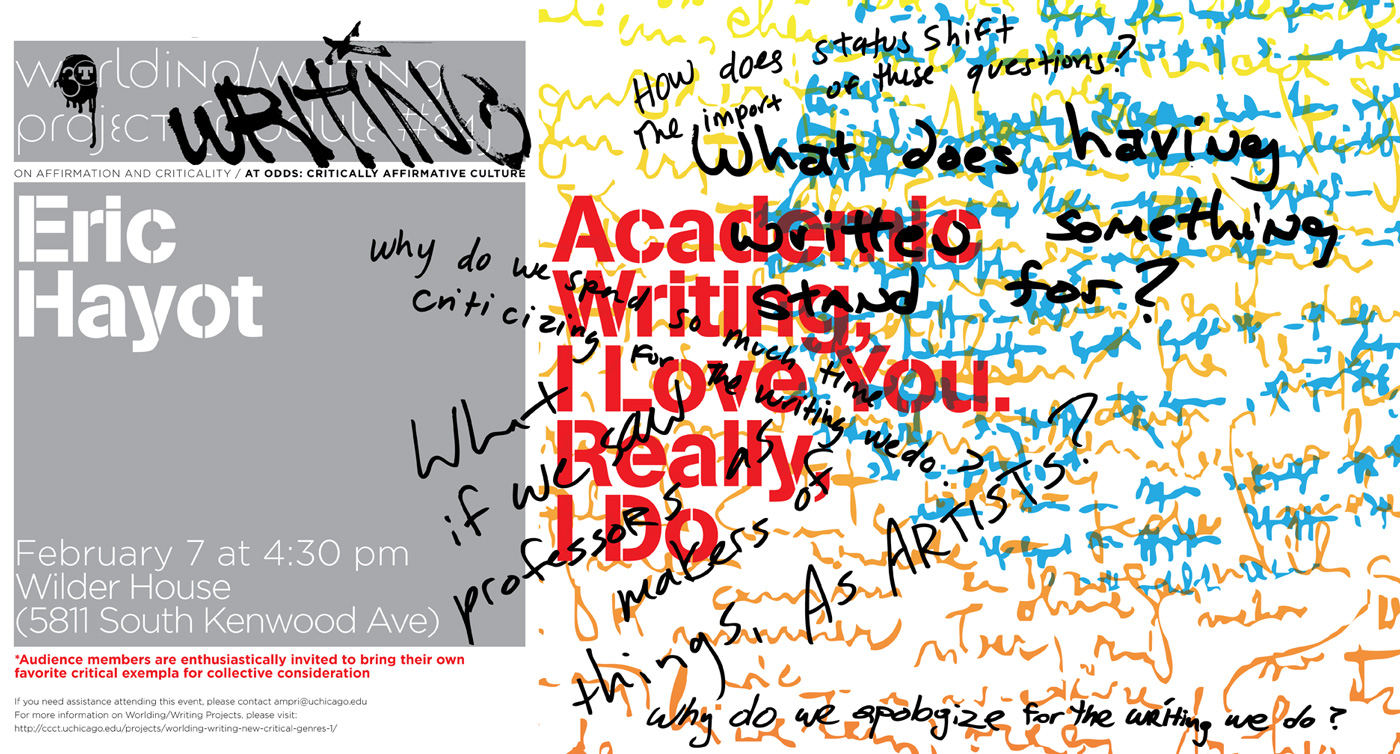 Combining commentary on academic writing in literary and cultural studies with readings of favorite lines and sentences from criticism, Eric Hayot’s talk will ask us to think about why we spend so much time criticizing or apologizing for the writing we do. The talk will ponder the status of writing in the profession (the rhetorical patterns that govern it; the ideologies expressed by its institutional forms); comment on the state of writing instruction in graduate programs; and argue for a world in which professors think of themselves also as artists, writers, and makers of built things.

This talk is part of our year-long series “On Affirmation and Criticality.” It is the second event in the series’ second segment: “At Odds: Critically Affirmative Culture.” This segment turns to the foundational opposition between Critical Theory and affirmation, to ask: Are we, as critical theorists, attached to keeping ourselves at odds with the world, perhaps at the cost of looking closer at the places where we are at odds with ourselves in the work of thinking and writing? Does the commandment to criticality not involve its own affirmations, consolations, and pleasures? And does affirmation necessarily involve anti-critical disavowal? Other speakers in the series include Sianne Ngai,  Alexei Yurchak, and James Currie.

Eric Hayot is Distinguished Professor of Comparative Literature and Asian Studies at the Pennsylvania State University. He is the author of Chinese Dreams: Pound, Brecht, Tel quel (2004), The Hypothetical Mandarin: Sympathy, Modernity, and Chinese Pain (2009; winner of the 2010 Modernist Studies Association Book Prize); and On Literary Worlds (2012). He’s currently working on two books: one, a half-primer, half-critique of academic writing in literary studies, the other a reading of cosmological thought in modern literature.