Conspiracy Narrative and the Epistemology of Security Society 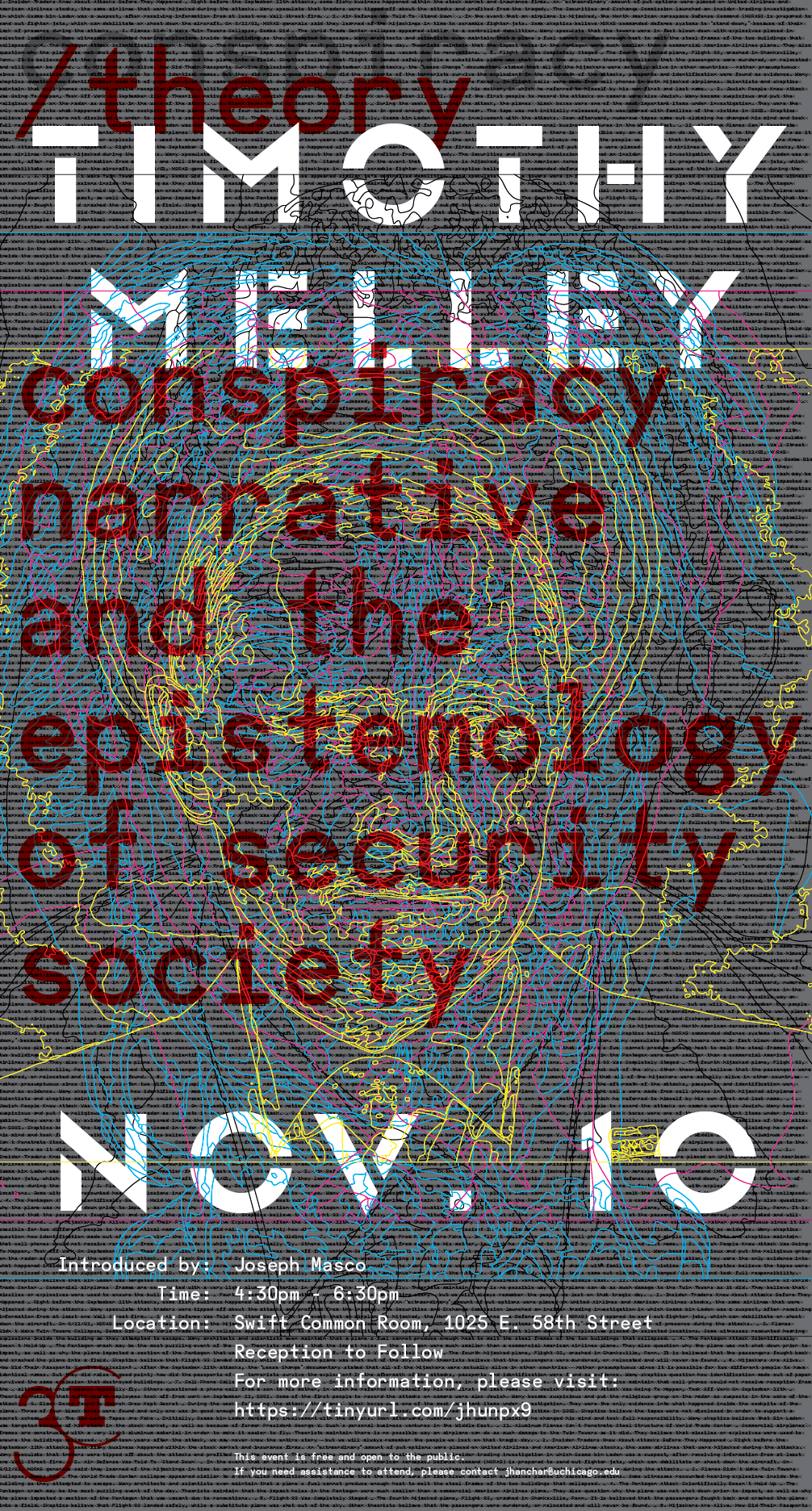 There is nothing new about the form of populist suspicion now commonly called conspiracy theory, but since the Cold War, U.S. conspiracy narrative has changed significantly in its objects, assumptions, and cultural function. The mushrooming U.S. discourse on conspiracy—which includes not only “revelatory” accounts of covert power but also rationalist dismissals and debunkings—is surprisingly consistent in its attempts to rescue an ailing public sphere from various forms of irrationality. Yet this discourse is also entwined with a cultural imaginary obsessed with secrets and anxious about security. Drawing on popular cases from the past 50 years, I argue that conspiracy discourse marks an epistemological crisis in which a desire for democratic transparency seems paradoxically impeded by the growing availability of information.

Timothy Melley is Professor of English and Director of the Humanities Center at Miami University. He is the author of The Covert Sphere: Secrecy, Fiction, and the National Security State (Cornell 2012) and Empire of Conspiracy: The Culture of Paranoia in Postwar America (Cornell 2000).  His work has been discussed in The Nation, The L.A. Times, The Village Voice, Le Figaro, Scientific American, and The Wall Street Journal, and his fiction has been featured on PRI’s “This American Life.”  He is the recipient of several teaching awards, including Miami University’s highest teaching honor, the E. Philip Knox Award. He is currently writing about the cultural politics of security.