In the Shadow of De-Industrialization 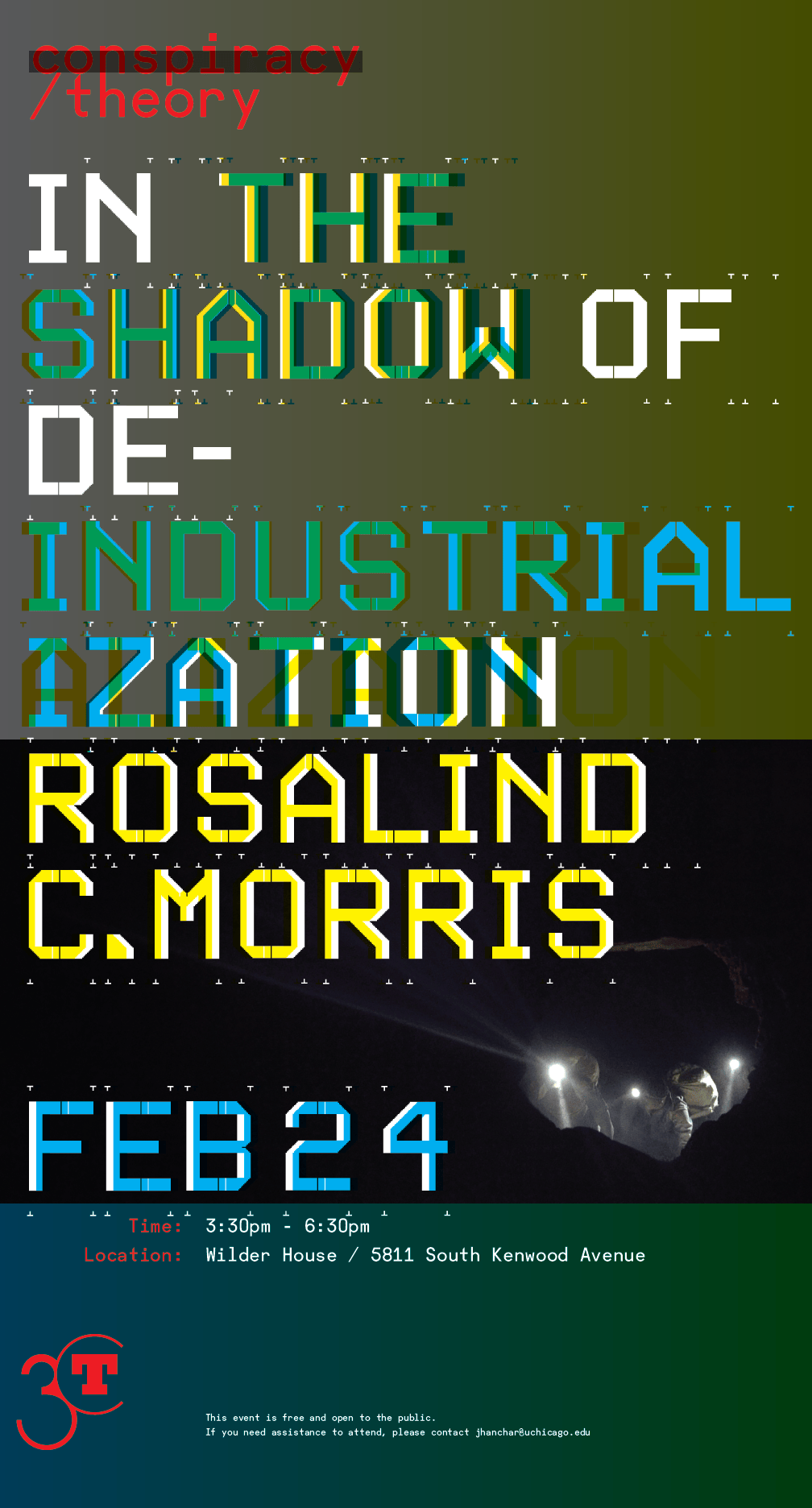 In the electrified world, the withdrawal of electricity may be experienced as a loss and a violence of the most profound sort, one that threatens to catapult those who must survive in its aftermath into something like a prehistorical state.  And yet, in the new ‘darkness,’ everything remains shaped—as would be a shadow—by the structures and forms of life that electrification made possible, including the forms by which it subsumed prior modes of existence.  This lecture explores such a situation in the de-industrializing spaces of South Africa’s gold economy. These spaces are assigned to illegality and subject to the state only via the threat of violence (in arrests, expulsions, and incarceration). Here, local violence is nonetheless adjudicated in popular tribunals that mimic the sovereign state and attempt to mete out a violence capable of transcending and annulling demands for reciprocation. And here, in the absence of mechanization, economic life nonetheless takes a rationalized form.  The self-descriptive and explanatory discourse that is adduced in this world often posits a resemblance between it and the ‘normal’ forms of social existence in industrial South Africa, while marking its location as a site of exclusion and foreclosure. What conspires here—what brings together otherwise distinct bodies (of discourse and power)–is not so much theory as forms of existence that are determined and determining in the mode of resemblance.

Rosalind C. Morris is Professor Anthropology and former Director of the Institute for Research on Women, Gender, and Sexuality, as well as former Associate Director of the Institute for Comparative Literature and Society at Columbia University. She is the author of several books and numerous essays that range in their objects from the social life and after-lives of gold mining in South Africa, to the histories of modernity in Southeast Asia. She also writes on photography, film, and the mass media.  Her most recent books include two collaborations with William Kentridge (That Which is Not Drawn and Accounts and Drawings from Underground). Her forthcoming book, The Returns of Fetishism, with a translation of Charles de Brosses’s Du culte des dieux fétiches by Daniel Leonard, will be published by the University of Chicago Press in Spring 2017. In addition to her scholarly writing, Professor Morris is a poet, librettist, and filmmaker.