The President’s Body and Other Missing Matters: “Conspiracy Culture” in Cyprus 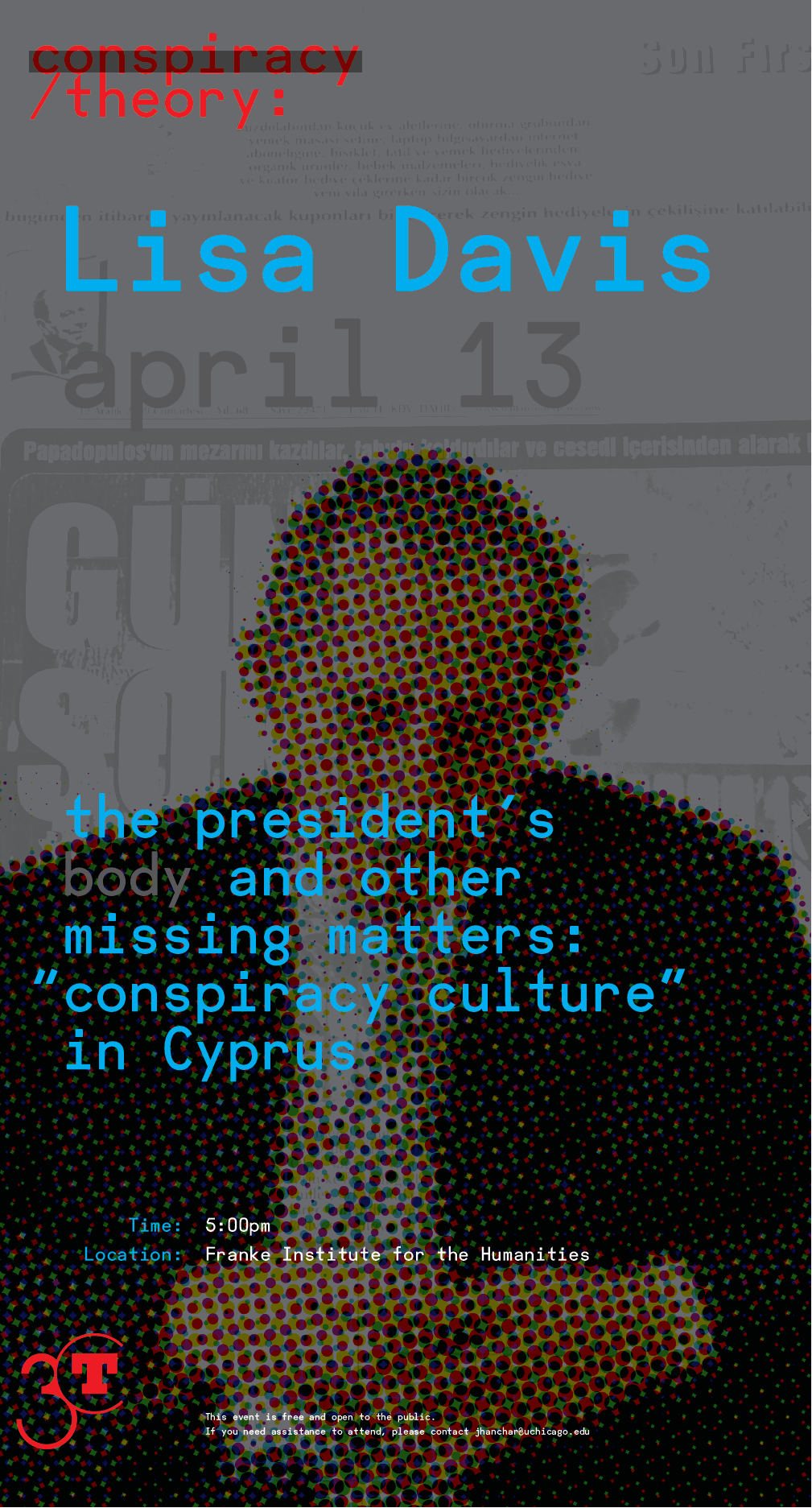 This paper begins from the theft of the corpse of Tassos Papadopoulos, former president of the Republic of Cyprus, from his grave in a south Nicosia cemetery in December 2009. The stories told of this event radiate in many directions from the controversial figure of Papadopoulos, a one-time guerilla combatant and a nationalist politician regarded by many as paranoid; his presidency began in 2004 with a vigorous and successful campaign to defeat the Annan Plan for reunifying the island, which has been divided into Greek-Cypriot and Turkish-Cypriot regions since 1974. The theft of Papadopoulos’s corpse one year after his death attracted intense public speculation, including accusations against Turkish Cypriots later determined to be false. This paper works through some of this speculation, tracing theories and counter-theories about the theft of the President’s body published in the Greek-Cypriot and Turkish-Cypriot press in the months afterward to other “conspiracy theories” about the division of Cyprus that have circulated in oral and published forms for the last forty years, as well as to ongoing forensic investigations into the fate of Cypriots who went missing during the violence of the 1960s-70s. In thus crossing time, borders, languages, fields of discourse, and forms of expertise, this paper describes a “conspiracy culture” in Cyprus in relation to Cypriots’ knowing and critical consciousness of it. This cultural contextualization positions us to examine intersections between “conspiracy theory” and social theory on epistemological and ethical grounds, asking what kinds of knowledge are enabled and what kinds of politics are empowered by “conspiracy theories” as well as by their debunking.

Elizabeth Anne (Lisa) Davis is Associate Professor of Anthropology at Princeton University. Her research and writing explore the intersections of the psyche, the body, history, and power in the experience of Greek- and Turkish-speaking communities in the Mediterranean region. Her first book, Bad Souls: Madness and Responsibility in Modern Greece (Duke University Press, 2012), is an ethnographic study of responsibility among psychiatric patients and their caregivers in the “multicultural” borderland between Greece and Turkey. She is currently completing her second book, The Good of Knowing: War, Time, and Transparency in Cyprus, a collaborative engagement with Cypriot knowledge production about the violence of the 1960s-70s in the domains of forensic science, documentary film, and “conspiracy theory.” These projects share a focus on the epistemological, ethical, and political stakes of scientific knowledge in its local and global forms. Before joining the Princeton faculty in 2009, Davis taught in the Department of Cultural Anthropology at Duke University and at Columbia University as a Mellon Postdoctoral Fellow in the Society of Fellows in the Humanities. In 2017-18, she will be an ACLS/Frederick Burkhardt Fellow in the School of Historical Studies at the Institute for Advanced Study, Princeton.