Where Have All the Workers Gone? Labor and the Social Question in Postcolonial Africa 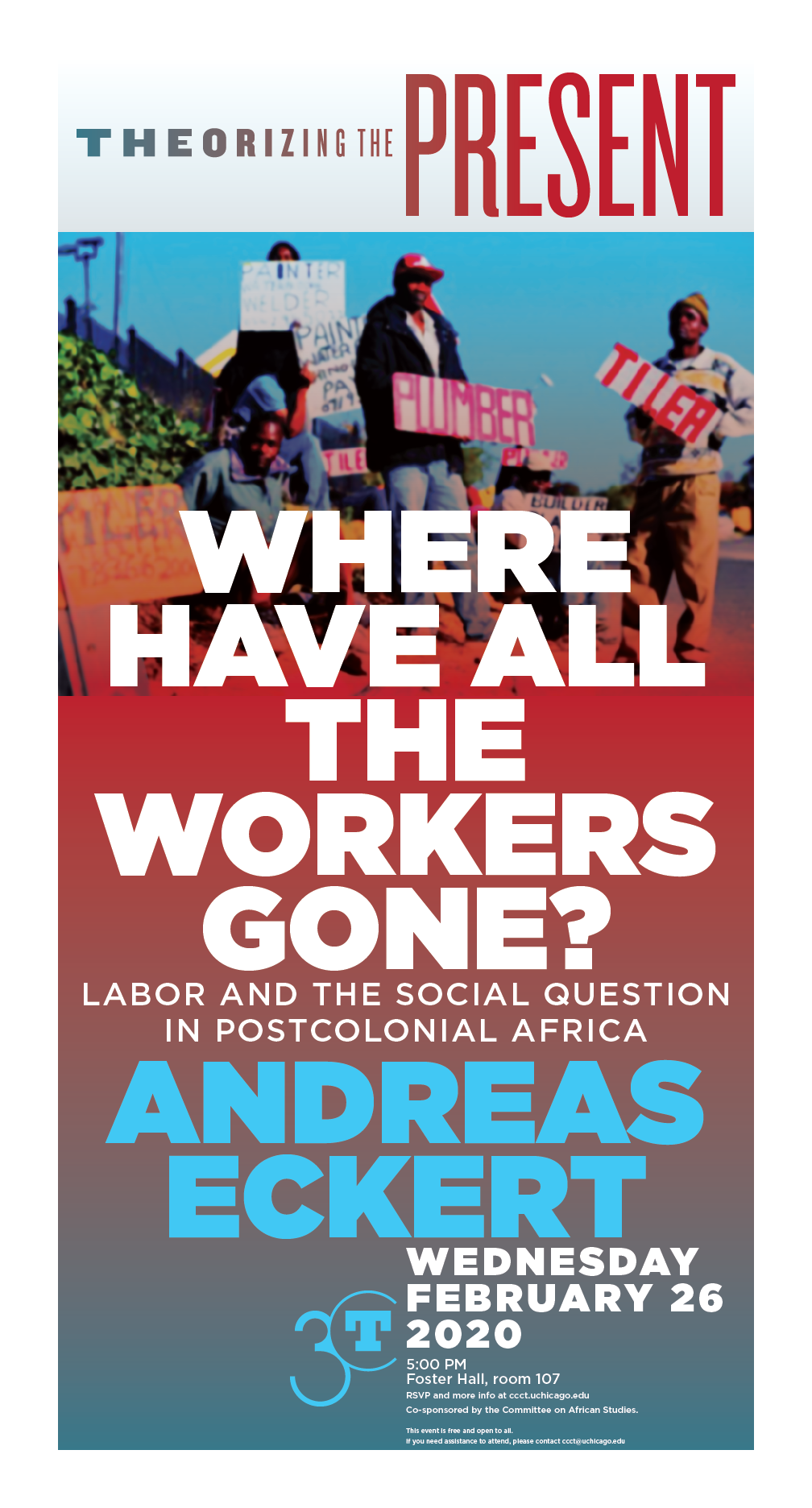 Around 1960, when many African colonies gained independence, numerous observers thought that with population growth having accelerated after 1945, and with the urban population growing faster than the rural, a class of landless manual workers would be created, and Africa would reproduce European patterns. But wage laborers comprise only a small percentage of the overall working population in Africa, both in colonial and postcolonial times. While it is difficult to count precisely, it is clear that the number of hired workers in sub-Saharan Africa was vastly greater by 1960 than it has been in 1900, and is much greater today than it was around the time of independence. Yet labor markets since the end of colonial rule are characterized much more by short-term hiring and a high turnover of workers than by long-term, stable employment. “Precarious“ labor prevailed, both in the “formal“ and “informal“ sector.

Through a critical reflection on concepts such as “precocity“ and “informality,“ this paper is an attempt at better understanding how people in postcolonial Africa participated in wage labor, their vulnerability as workers, the place of labor in their life course, and the way in which elites regarded them. By this, it will analyze the terms on which Africa is connected to the rest of the world.

Andreas Eckert is Professor of African History at Humboldt University in Berlin, Germany. Since 2009 he is also Director of the International Research Center “Work and Human Life Course in Global History,” funded by the German Federal Ministry for Education and Research. He widely published on 19th and 20th century African history, colonialism, labor, and global history and served for many years as editor of the Journal of African History. Eckert also regularly publishes for German newspapers like the “Frankfurter Allgemeine Zeitung” and “Die Zeit.” Most recent books: “Global Histories of Work,” ed, 2016, and “General History of Labour in Africa, 20th and 21st Centuries, ed., 2019. He is about to complete a Short History of Colonialism, to be published with Princeton University Press.

co-sponsored by the Committee on African Studies