What’s in a Word?: Humiliation and Power in Islamic Thought 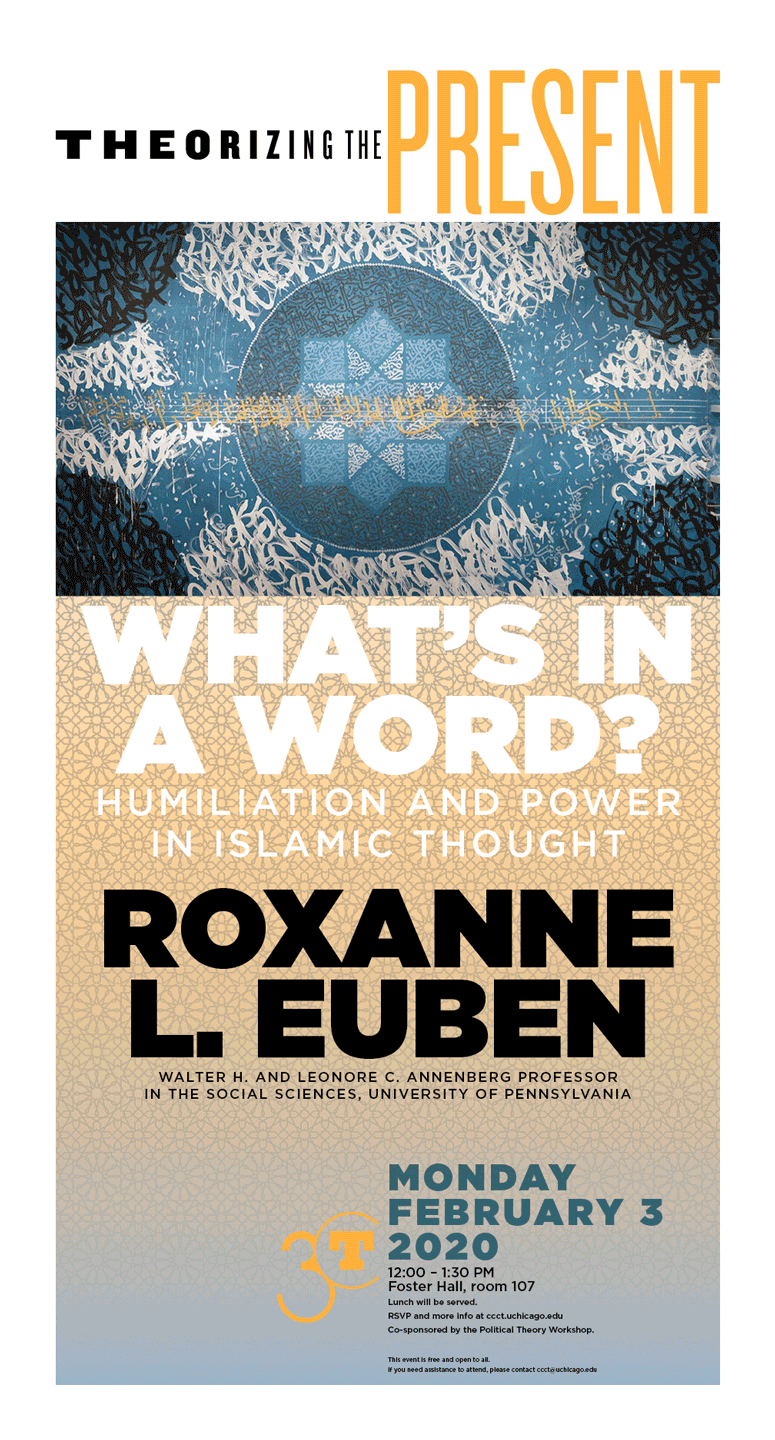 Rhetoric about humiliation has been pervasive in the 20th and 21st-centuries, tethered to a wide array of political contexts as an act and an experience, a cause and a consequence, a trope and an event, an emotion and an epoch. At the same time, humiliation has come to be most closely associated with the bodies and minds of Muslims in recent decades, posited as an explanation for Islamist recruitment, a motivation for “Muslim violence,” or a rationale for retaliation against particular Muslim-majority societies. Radical Islamist discourses are also replete with invocations of “the humiliation of Islam” and exhortations to engage in retaliatory humiliation.

What does humiliation actually mean in such invocations and explanations? The increasingly common-sense account of humiliation provided by moral philosophy defines it as a violation of human dignity or respect, and is meant to serve as a universal standard by which to evaluate the legitimacy of claims about humiliation. But what would it mean to build a conception of humiliation up from particular words, meanings, and experiences rather than the other way around? In what would humiliation consist, what patterns of rhetorical, affective, and gendered work would it reveal, and what relations of power and powerlessness might it refract if anchored in specific traditions, etymologies, and genealogies launched from points of departure beyond the coordinates of Anglo-American philosophy?

“What’s in a Word?: Humiliation and Power in Islamic Thought” is one part of this larger inquiry, and engages just some of these questions by sketching how humiliation is understood from the vantage point of the Qur’an, the Ḥadīth, and Islamic law. The chapter is framed to model how the dominant definition of humiliation can be denaturalized and even displaced to open up areas of inquiry and scholarship previously foreclosed. The sketches it offers do not yield an evolutionary account of humiliation in Islam that anticipates or mirrors modernist logics, but rather evince a spectrum of shifts and contingencies, continuities and reversals. Bringing these into sharp relief renders legible interpretive possibilities at once mobilized and effaced by contemporary political projects that seek to craft an authoritative Islam out of these sources. It also offers resources for building up a political theoretic conception of humiliation grounded in asymmetries of power.

Roxanne L. Euben is a political theorist in the Department of Political Science at the University of Pennsylvania. Her areas of research include Muslim and Euro-American political thought, and her scholarship has addressed such topics as visual and verbal rhetorics of humiliation; digital time; genealogies of jihad; Muslim cosmopolitanism; martyrdom and political action; travel, translation and the production of knowledge; and shared perspectives on science and reason. She is the author of Enemy in the Mirror: Islamic Fundamentalism and the Limits of Modern Rationalism (Princeton, 1999), Journeys to the Other Shore: Muslim and Western Travelers in Search of Knowledge, (Princeton, 2006), and Princeton Readings in Islamist Thought: Texts and Contexts from Al-Banna to Bin Laden (Princeton, 2009), written and edited in collaboration with Muhammad Qasim Zaman. She is currently working on a book provisionally titled “Rhetorics of Humiliation and the Affects of Domination: Radical Islamism, Trumpism and the Arab Spring,” research that has been supported by the John S. Guggenheim Foundation and the National Endowment for the Humanities.

This event is co-sponsored by the Political Theory Workshop.