Policing Empires: Race, Colonialism, and Militarized Power in the US and Britain 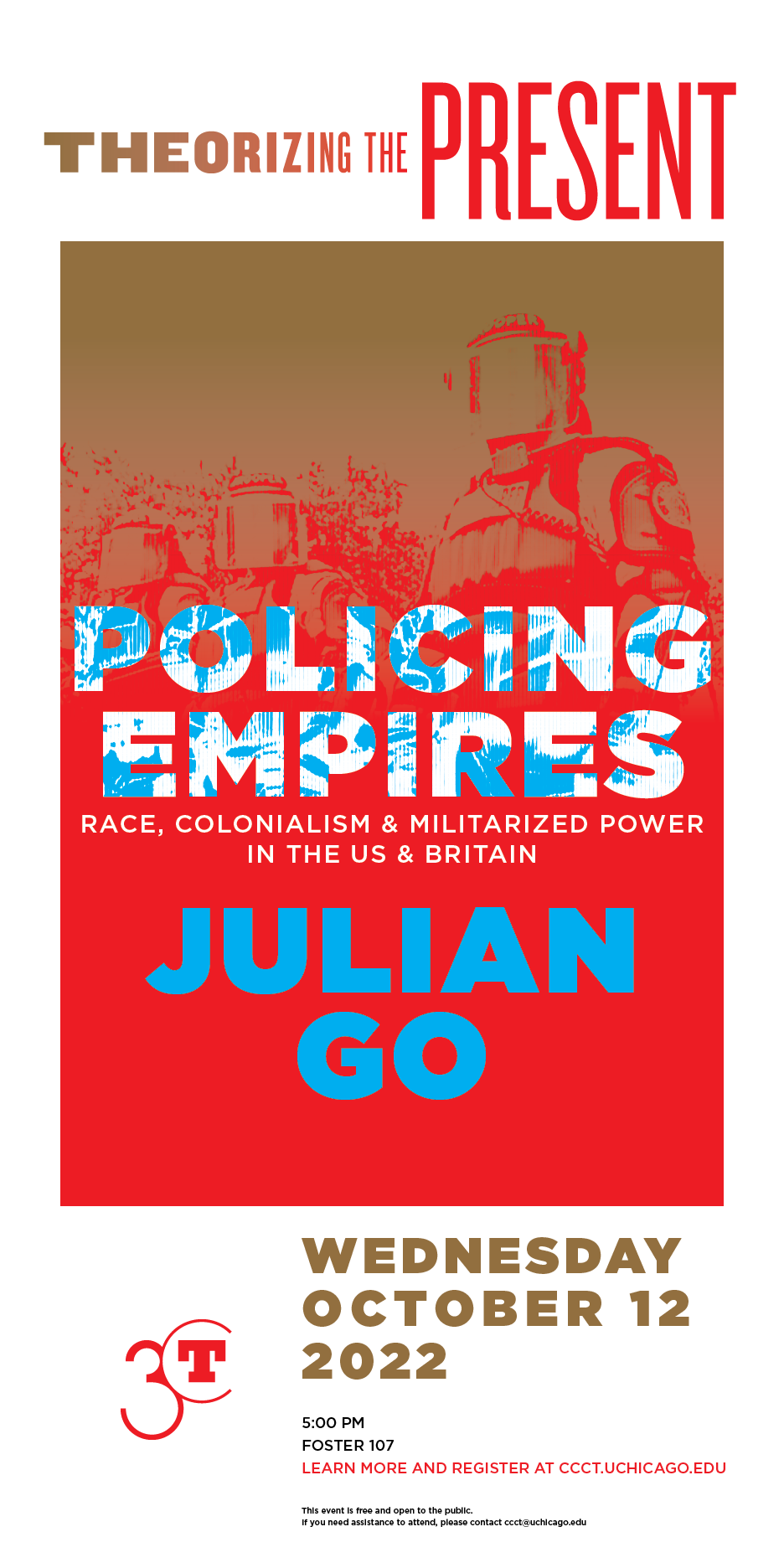 If it is by now commonplace to bemoan the fact of militarized policing, we know less about its birth, development, and social logics. In this talk, Julian Go offers a critical historical sociology of policing in the US and Britain, where the so-called “civil” policing model originated. It theorizes the racialized imperiality of modern policing, exploring how militarization from the birth of policing itself has been inextricably tethered to the global color line, colonialism, and empire.

Julian Go is Professor of Sociology, Faculty Affiliate in the Center for the Study of Race, Politics, and Culture, and member of the Committee on International Relations at the University of Chicago. He is also currently serving as President of the Social Science History Association. Go’s research explores the social logics, forms and impact of empires and colonialism; postcolonial/decolonial thought; social theory; and global historical sociology. His books include American Empire and the Politics of Meaning (Duke University Press, 2008), Patterns of Empire: the British and American Empires, 1688 to Present (Cambridge University Press, 2011), Postcolonial Thought and Social Theory (Oxford University Press, 2016), and the forthcoming Policing Empires: Militarization and Race in Britain and America, 1829-present (Oxford University Press).