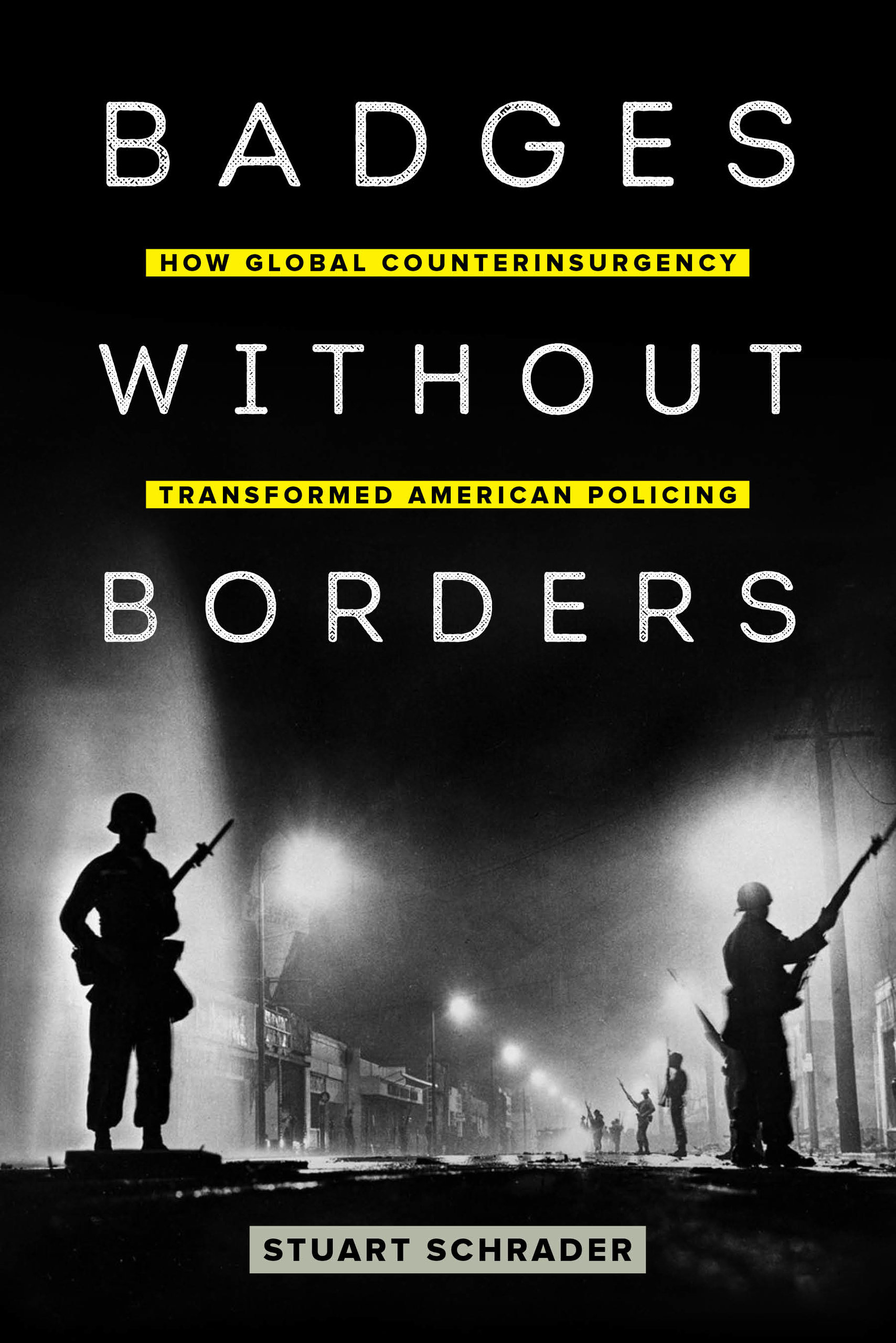 From the Cold War through today, the U.S. has quietly assisted dozens of regimes around the world in suppressing civil unrest and securing the conditions for the smooth operation of capitalism. Casting a new light on American empire, Badges without Borders shows, for the first time, that the very same people charged with global counterinsurgency also militarized American policing at home.

In this groundbreaking exposé, Stuart Schrader shows how the United States projected imperial power overseas through police training and technical assistance—and how this effort reverberated to shape the policing of city streets at home. Examining diverse records, from recently declassified national security and intelligence materials to police textbooks and professional magazines, Schrader reveals how U.S. police leaders envisioned the beat to be as wide as the globe and worked to put everyday policing at the core of the Cold War project of counterinsurgency. A “smoking gun” book, Badges without Borders offers a new account of the War on Crime, “law and order” politics, and global counterinsurgency, revealing the connections between foreign and domestic racial control.

Stuart Schrader is the Associate Director of the Program in Racism, Immigration, and Citizenship and a Lecturer in Sociology at Johns Hopkins University. He is the author of Badges without Borders: How Global Counterinsurgency Transformed American Policing (University of California Press, 2019), as well as articles in Humanity, Journal of Urban History, Public Culture, and many other venues. Follow Schrader on Twitter.

This event is co-sponsored by the Seminary Co-op Bookstore.