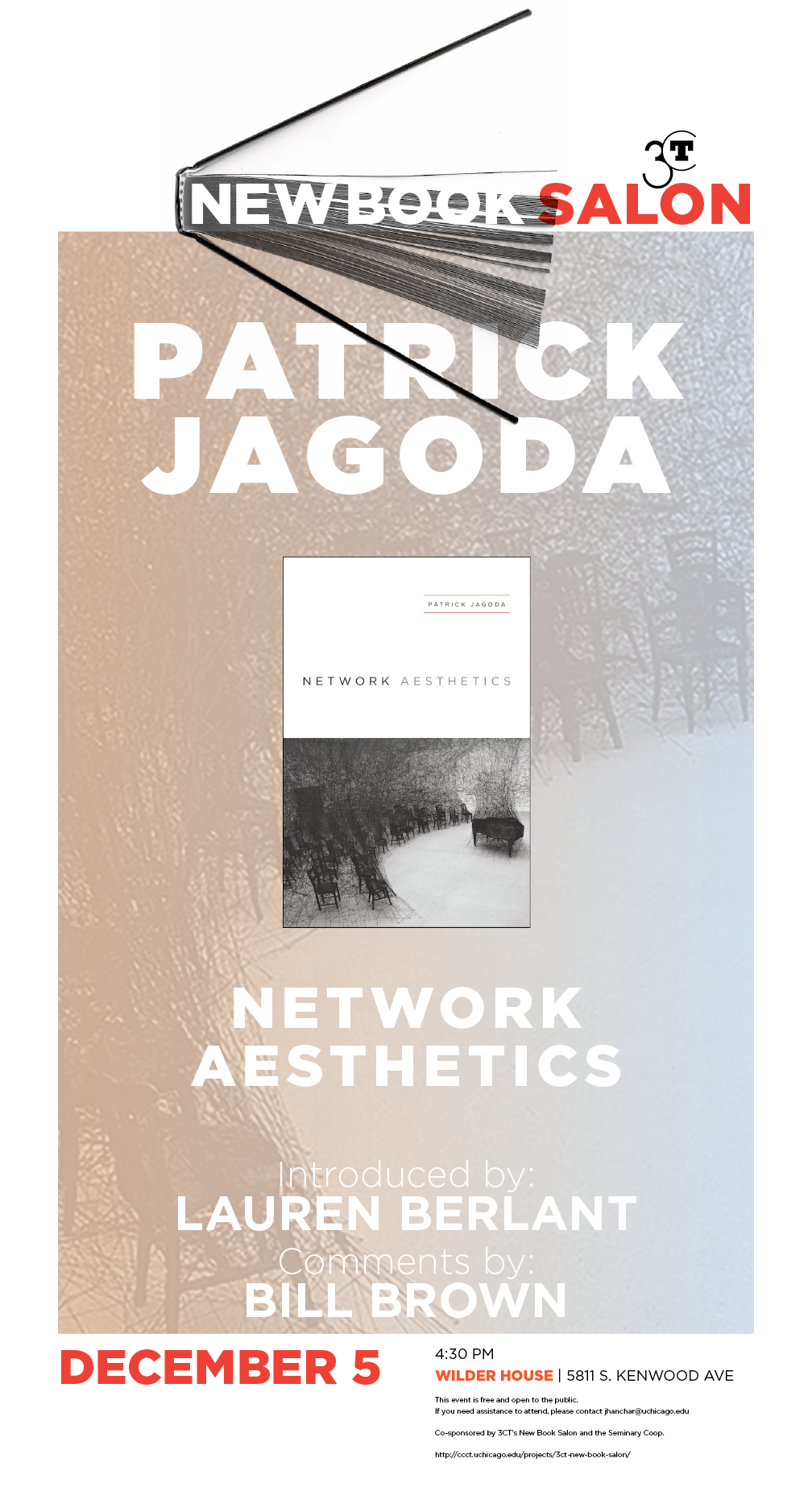 University of Chicago Associate Professor Patrick Jagoda will discuss his book, Network Aesthetics, which in exploring how popular culture mediates our experience with interconnected life reveals the network’s role as a way for people to construct and manage their world—and their view of themselves.

Each chapter considers how popular media and artistic forms make sense of decentralized network metaphors and infrastructures. Patrick Jagoda first examines narratives from the 1990s and 2000s, including the novel Underworld, the film Syriana, and the television series The Wire, all of which play with network forms to promote reflection on domestic crisis and imperial decline in contemporary America. Jagoda then looks at digital media that are interactive, nonlinear, and dependent on connected audiences to show how recent approaches, such as those in the video game Journey open up space for participatory and improvisational thought.

Patrick Jagoda is Associate Professor of English and Cinema and Media Studies at the University of Chicago. He works in the fields of new media studies and twentieth and twenty-first century American literature and culture. Within these areas, his teaching and research focuses on digital games, electronic literature, virtual worlds, television, cinema, the novel, and media theory.

This event is co-sponsored by the Seminary Coop Bookstore.