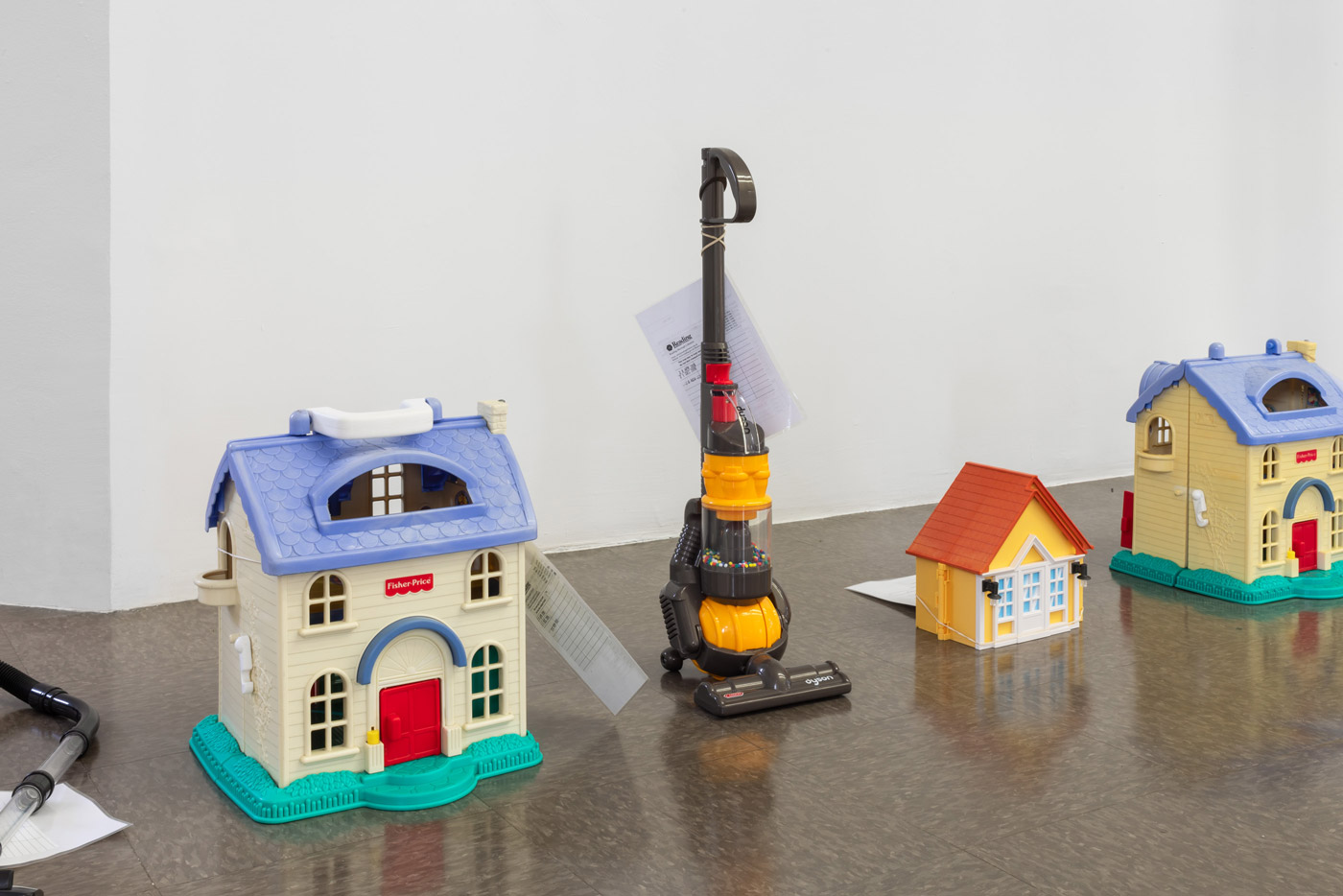 Property: something protected or shared or forcefully taken, something gained or lost or desired or enjoyed. Private property plays a role in well-being, some philosophers have argued, but it’s also been the basis for all kinds of exploitation, as history has shown. Either way, so much has come to rest on this concept. It’s an abstract idea that shapes concrete reality in profound ways, shadowed by questions of who owns what, and why, and the friction of public and private interests. As time goes by, property also comes in many different forms: some are physical, others increasingly intangible, some deeply familiar and others leading toward unknown horizons.

Currently on view at the Renaissance Society at the University of Chicago, Fear of Property develops out of ongoing conversations with artists around these ideas, various related histories and emerging futures, and a range of lived experiences in between. The exhibition also gradually builds on the intuition that property organizes not only social and economic relations, but dimensions of emotional l­ife today as well. The works on view have their own unique contours of feeling as such, even as they draw out concerns around ownership and agency, land and the buildings we inhabit, caretaking, culture and language, artificial intelligence, and more. And some of them might hint at ways of being in the world that aren’t framed in terms of “property” at all.

Here, 3CT fellow Jonathan Levy shares a response to the exhibition and then joins curator Karsten Lund in conversation. Levy is a historian of economic life, with interests in the relationships among business history, political economy, legal history, and the history of ideas and culture.

This event is free and open to the public; registration for in-person attendance is recommended, and it is required for online participation. Please email us at ccct@uchicago.edu if you require any accommodations to enable your full participation.

Organized in partnership with the Renaissance Society.