A Happy Future Is a Thing of the Past 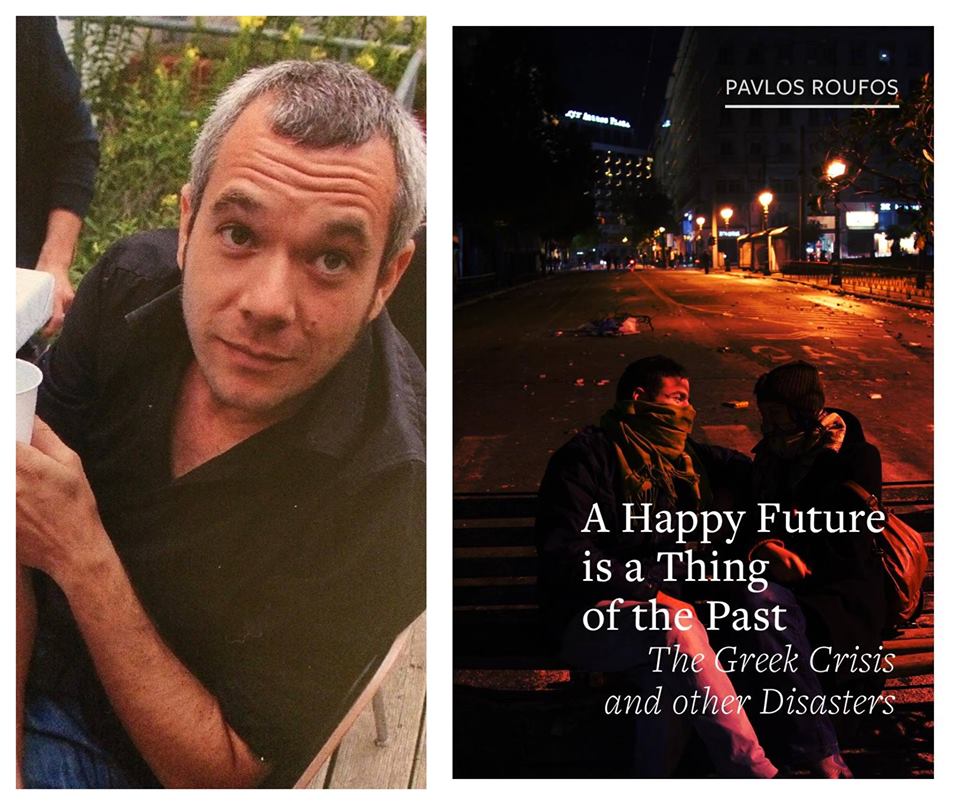 “A careful and penetrating analysis of the cruel torment of Greece, and its background in the emerging global political economy, as the regimented capitalism of the early postwar period, with gains for much of the population, has been subjected to the assault of neoliberal globalization, with grim effects and threatening consequences.”
—Noam Chomsky

Pavlos Roufos discusses “A Happy Future is a Thing of the Past: The Greek Crisis and other Disasters.” He will be joined in conversation by John Clegg. A Q&A and signing will follow the discussion.

Since 2010, Greece’s social and economic conditions have been irreversibly transformed due to austerity measures imposed by the European troika and successive Greek governments. These stringent restructuring programs were intended to make it possible for Greece to avoid default and improve its debt position, and to reconfigure its economy to escape forever the burden of past structural deficiencies. But things have not gone according to plan. Eight years later, none of these targets have been met. If the programs were doomed to fail from the start, as many claim, what were the real objectives of such devastating austerity?

In this latest installment in Reaktion’s Field Notes series, published in association with the Brooklyn Rail, Pavlos Roufos answers this key question in an insightful, critical analysis of the origins and management of the 2010 Greek economic crisis. Setting the crisis in its historical context, Roufos explores the creation of the Eurozone, its “glorious” years, and today’s political threats to its existence. By interweaving stories of individual people’s lived experiences and describing in detail the politicians, policies, personalities, and events at the heart of the collapse, he situates its development both in terms of the particularities of the Greek economy and society and the overall architecture of Europe’s monetary union. This broad examination also illuminates the social movements that emerged in Greece in response to the crisis, unpacking what both the crisis managers and many of their critics presented as a given: that a happy future is a thing of the past.

Pavlos Roufos has been active in Greece’s social movements since the early 1990s and has written on Greece and the economic crisis for the Brooklyn Rail (New York) and Jungle World (Berlin). He has worked as a film editor and is currently doing PhD research on German economic policy at the University of Kassel, Germany.

John Clegg is a Collegiate Assistant Professor in the Social Sciences and Harper-Schmidt Fellow at the University of Chicago.