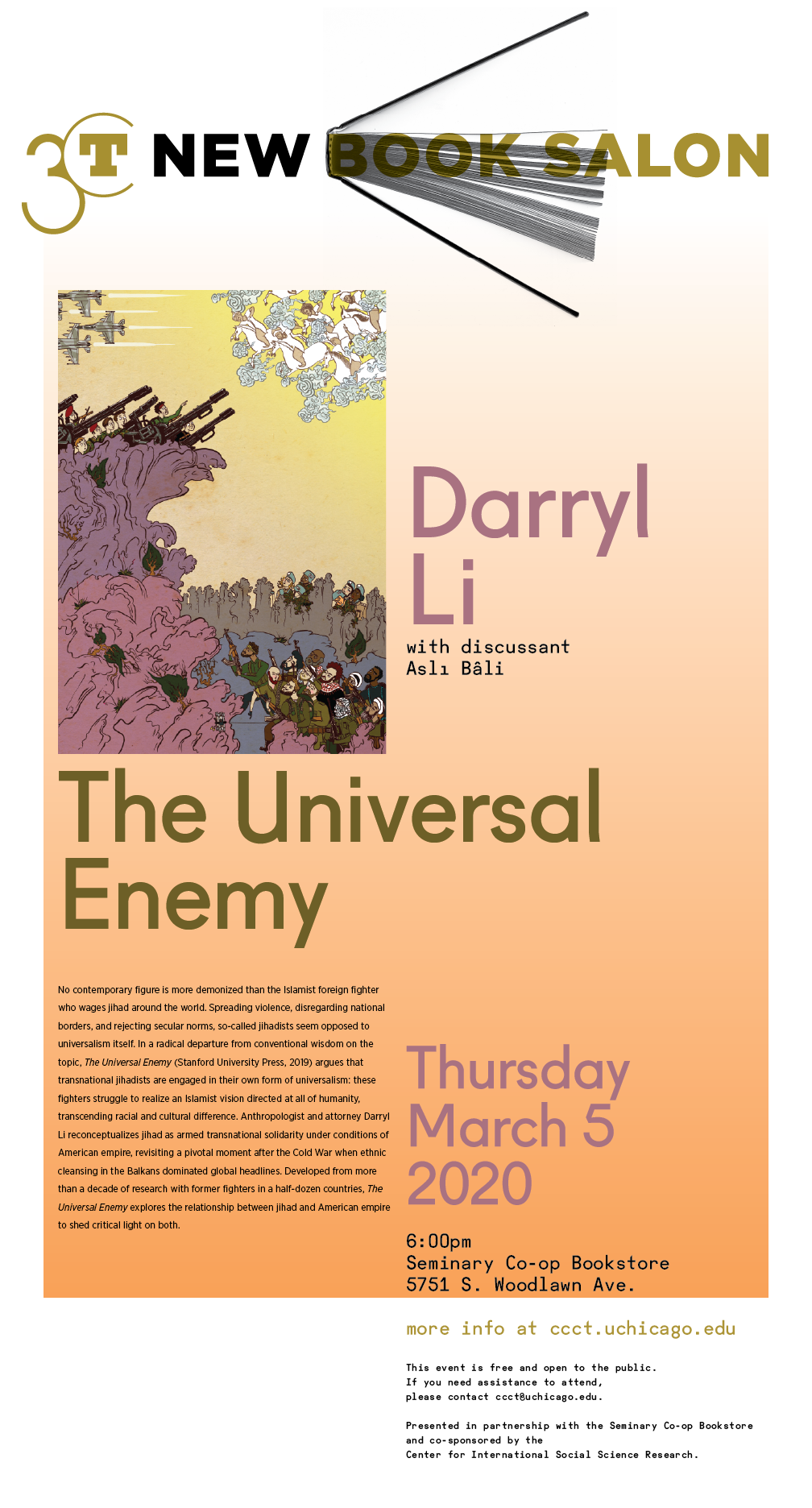 Darryl Li discusses The Universal Enemy: Jihad, Empire, and the Challenge of Solidarity with Aslı Bâli. A Q&A and signing will follow the discussion.

No contemporary figure is more demonized than the Islamist foreign fighter who wages jihad around the world. Spreading violence, disregarding national borders, and rejecting secular norms, so-called jihadists seem opposed to universalism itself. In a radical departure from conventional wisdom on the topic, The Universal Enemy argues that transnational jihadists are engaged in their own form of universalism: these fighters struggle to realize an Islamist vision directed at all of humanity, transcending racial and cultural difference. Anthropologist and attorney Darryl Li reconceptualizes jihad as armed transnational solidarity under conditions of American empire, revisiting a pivotal moment after the Cold War when ethnic cleansing in the Balkans dominated global headlines. Muslim volunteers came from distant lands to fight in Bosnia-Herzegovina alongside their co-religionists, offering themselves as an alternative to the US-led international community. Li highlights the parallels and overlaps between transnational jihads and other universalisms such as the War on Terror, United Nations peacekeeping, and socialist Non-Alignment. Developed from more than a decade of research with former fighters in a half-dozen countries, The Universal Enemy explores the relationship between jihad and American empire to shed critical light on both.

Darryl Li is Assistant Professor of Anthropology and Lecturer in Law at the University of Chicago. His work has been featured in the UCLA Law Review and Law & Social Inquiry, and he recently contributed to Ethnographies of U.S Empire from Duke University Press. He is at work on a second project on migrant military labor (frequently called “mercenaries” or “military contractors”) across the Indian Ocean.

This event is presented in partnership with the Seminary Co-op Bookstore and co-sponsored by the Center for International Social Science Research.