The Digital and the Analog 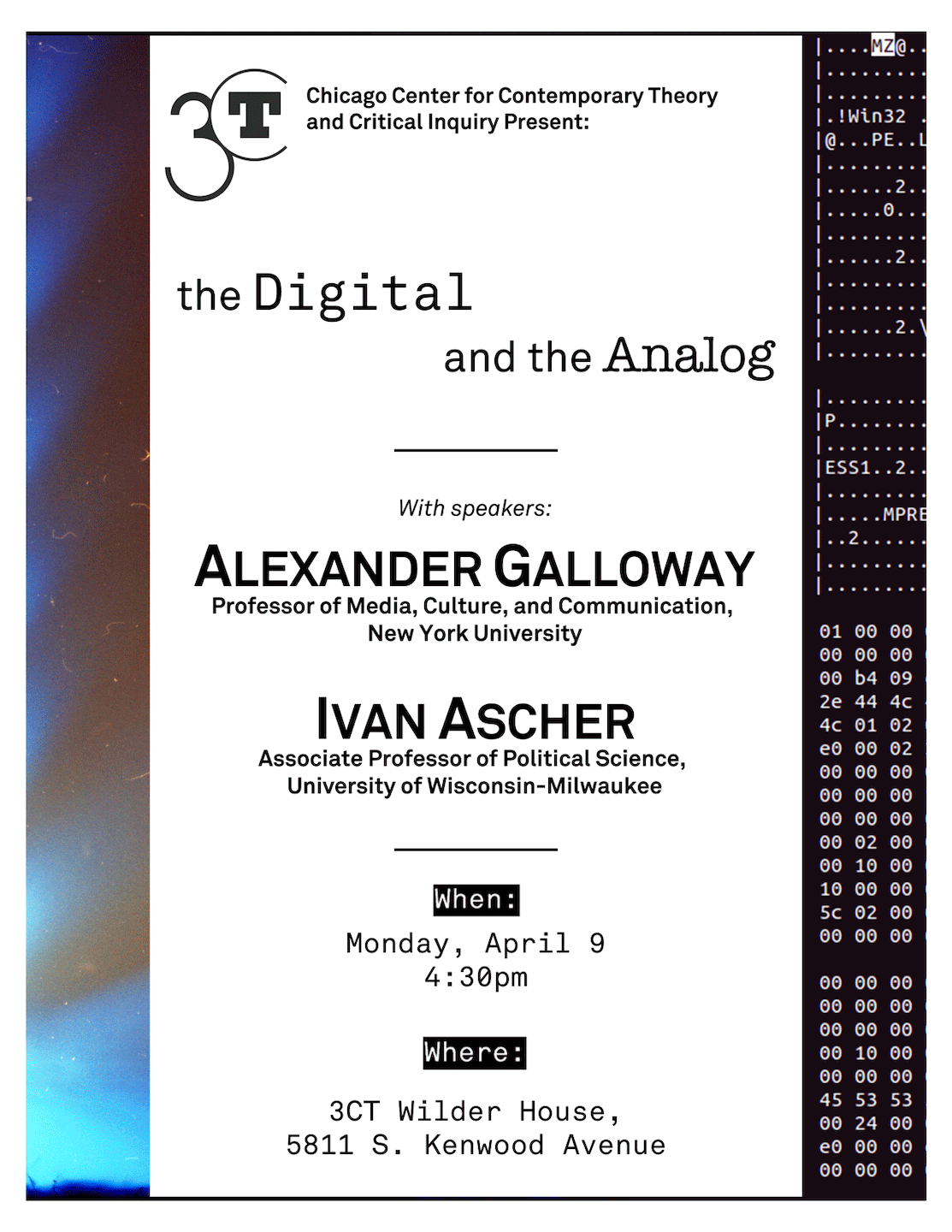 Please join us for a talk with Alexander Galloway and Ivan Ascher on analogicity, digitality, and information theory. Galloway and Ascher will be discussing the ways in which analogicity has defined itself as an alternative to digitality – how “pure” information always encounters its supplement (or opposite) in the form of real materiality (bitcoin’s consumption of energy being one prime example).

Alexander R. Galloway is a writer and computer programer working on issues in philosophy, technology, and theories of mediation. He is author of several books on digital media and critical theory, including The Interface Effect (Polity, 2012). His collaboration with Eugene Thacker and McKenzie Wark, Excommunication: Three Inquiries in Media and Mediation, has recently been published by the University of Chicago Press. With Jason E. Smith, Galloway co-translated the Tiqqun book Introduction to Civil War (Semiotext[e], 2010). For ten years he worked with RSG on Carnivore, Kriegspiel and other software projects. Galloway’s newest project is a monograph on the work of François Laruelle, published in October 2014.

Ivan Ascher teaches social and political theory at the University of Wisconsin-Milwaukee. His current research is on the continued relevance of Karl Marx and Max Weber for a critique of contemporary capitalism. He is also developing a new research project on the university in the age of neoliberalism.