On Informatic Opacity and Queerness 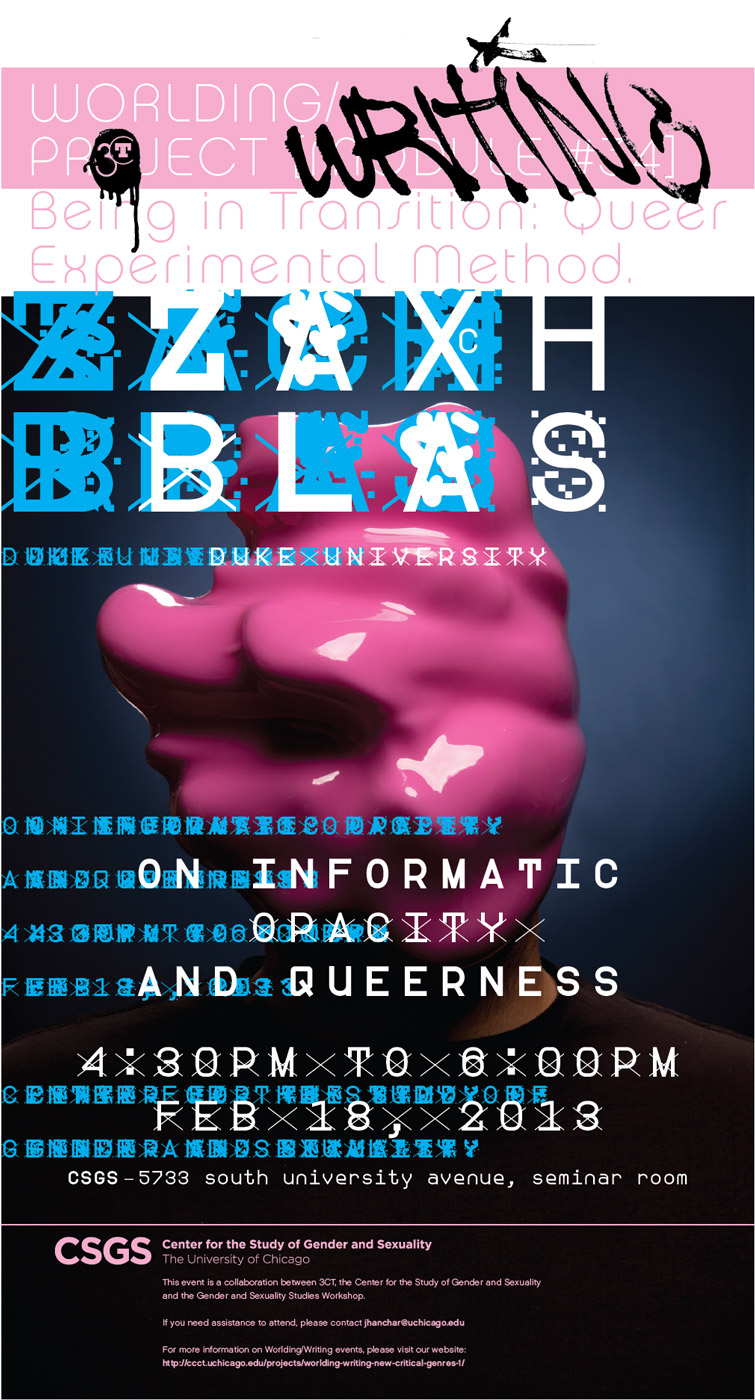 This talk focuses on queer, feminist, and transgender responses against digital identification technologies that employ imperceptible tactics. Today, in an era of universal standards of identification exemplified by biometrics, GPS, and metadata, it is no surprise that themes of opacity, illegibility, and invisibility are co-terminously emerging. In media theory, there are concepts like Alexander Galloway and Eugene Thacker’s “tactics of nonexistence” and Hanna Rose Shell’s “camouflage consciousness.” New works in queer theory have brought about many useful conceptualizations, such as José Muñoz’s “queer escape,” Nicholas de Villiers’ “queer opacity,” and Jack Halberstam’s “queer darkness.” These concepts and theories insist that refusals of visibility or recognition are tactics for political autonomy.  Queerness, informatics, and tactics of opacity paradigmatically cohere around emerging struggles against biometrics and the structural violence such technologies enact on non-normative populations. Blas considers what could be called a queer, informatic opacity through his current artwork Facial Weaponization Suite. The project consists of community-based, mask-making workshops, in which “collective masks” are created for public intervention. Each mask is generated from the aggregated biometric facial data of participants’ faces, resulting in an amorphous mask that cannot be parsed by facial detection technologies. One mask in the suite, Fag Face Mask, is a response to emerging scientific studies that link successfully determining sexual orientation with rapid facial recognition techniques.

This event is a collaboration between the LGBTQ project of the Center for the Study of Gender and Sexuality (CSGS) and 3CT’s Worlding/Writing Project.