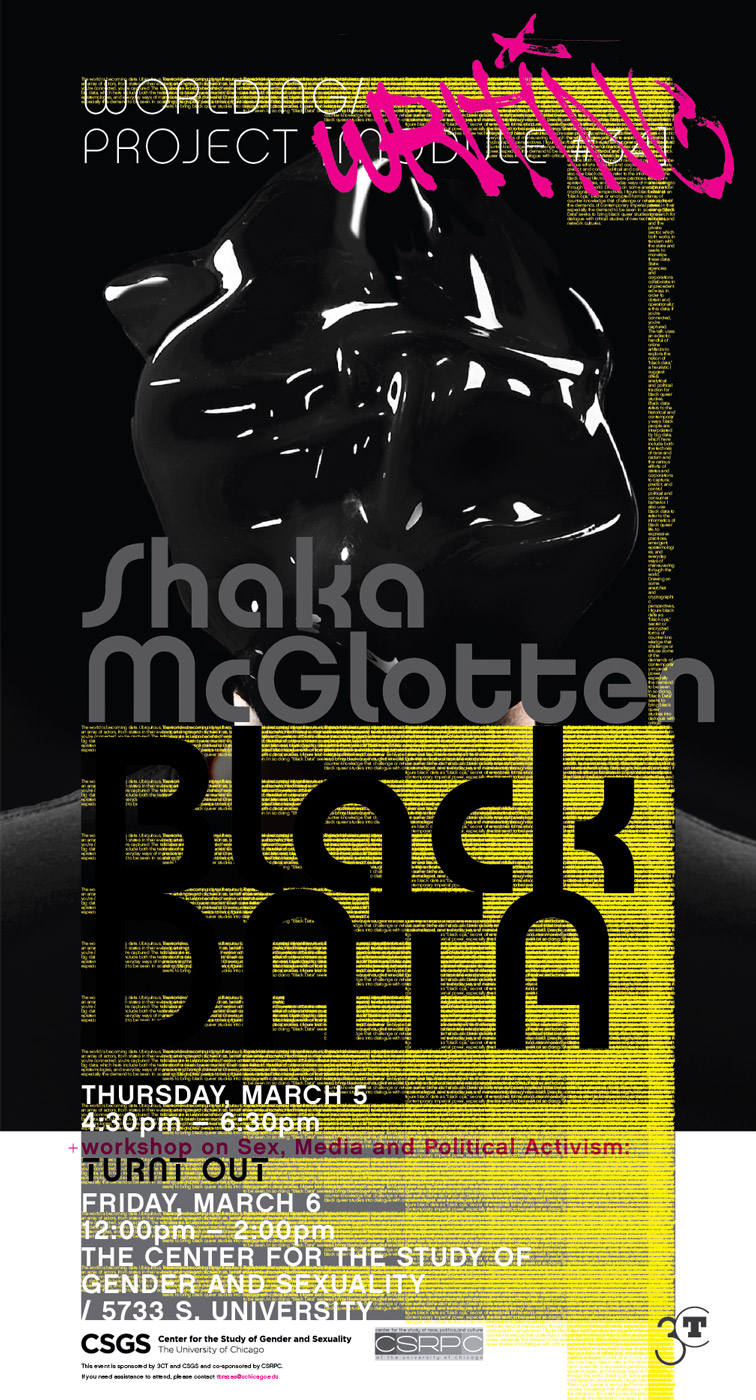 The world is becoming data. Ubiquitous, location-aware computing gathers our biographical and spatial information; it records our choices, and uses algorithms to predict what we will choose or want next. Meanwhile, biometric technologies digitize the body, attempting to capture it on behalf of an array of actors, from states in their ever-expanding search for terrorists, and the private sector, which both works in tandem with the state and seeks to monetize these data. State agencies and corporations collaborate in unprecedented ways in order to obtain and operationalize this data. If you’re connected, you’re captured. The talk uses an eclectic handful of online artifacts to explore the notion of “black data,” a heuristic I suggest offers analytical and political traction for black queer studies. Black data refers to the historical and contemporary ways black people are interpolated by big data, which here include both the technés of race and racism and the various efforts of states and corporations to capture, predict, and control political and consumer behavior. I also use black data to refer to the informatics of black queer life, to expressive practices, emergent epistemologies, and everyday ways of maneuvering through the world. Drawing on some anarchist and cryptographic perspectives, I figure black data as “black ops,” secret or encrypted forms of counter-knowledge that challenge or refuse some of the demands of contemporary imperial power, especially the demand to be seen. In so doing, “Black Data” seeks to bring black queer studies into dialogue with critical studies of new technologies and network cultures.