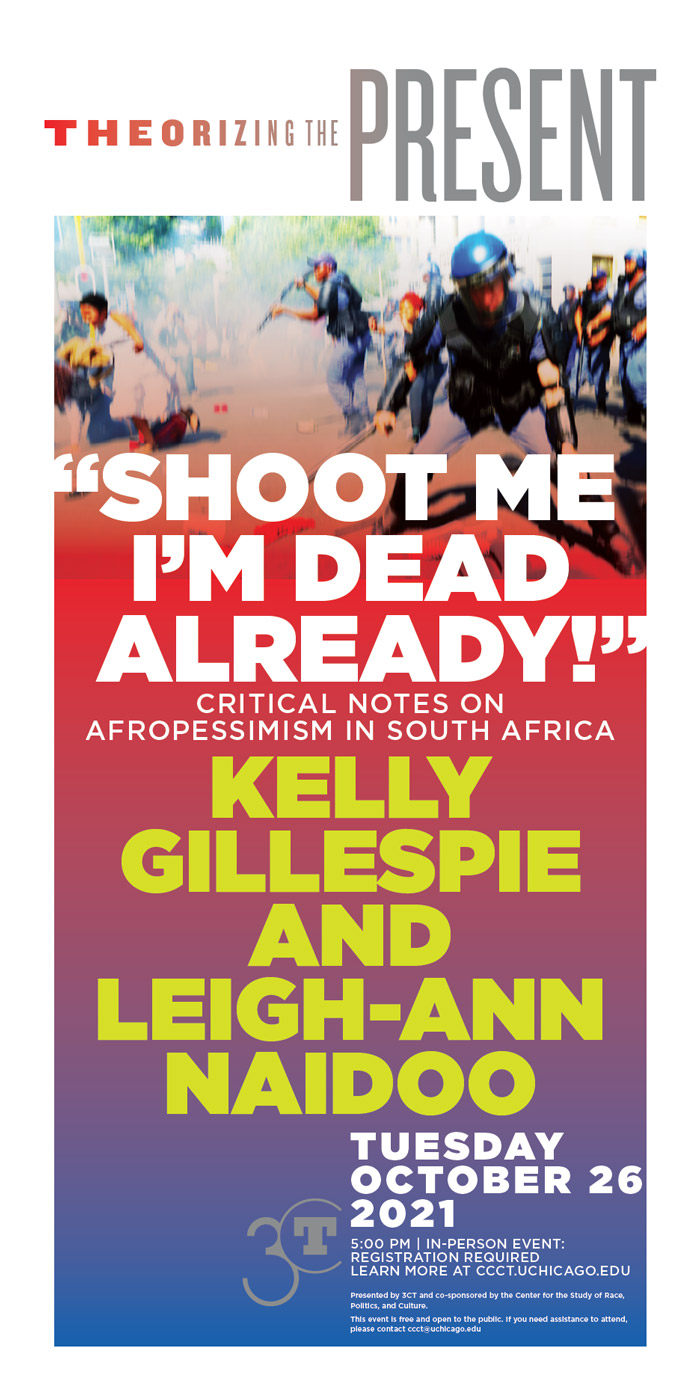 Afropessimism unfolds as theory through a claim on South African racism and history. It returns to South Africa via its elaboration in the United States, animating a strand of Black Consciousness in South Africa, a kind of experimentation in Black radicalism in the wake of Apartheid. This talk begins to make sense of this relationship of Afropessimism to South Africa. We take a particular focus on its volatile place in the Black student uprisings at universities in 2015–2016, when Afropessimism found its way onto the desks of state security agents.

Kelly Gillespie is a political and legal anthropologist and cultural worker with a research focus on abolition in South Africa. She works at the department of Anthropology at the University of the Western Cape, and cofounded the Johannesburg Workshop in Theory and Criticism (JWTC) at Wits University. She works beyond the university in popular education projects supporting a broad range of social justice formations.

Leigh-Ann Naidoo is an educator and organizer based at the School of Education at the University of Cape Town. Her intellectual and political interests include social movements as sites of knowledge production, the roles of education in resistance movements, histories of radical education and student resistance, and the formation of the Black Consciousness movement in South Africa.

This event is organized by 3CT and co-sponsored by the Center for the Study of Race, Politics, and Culture.