Settler Love Is Breaking My Heart 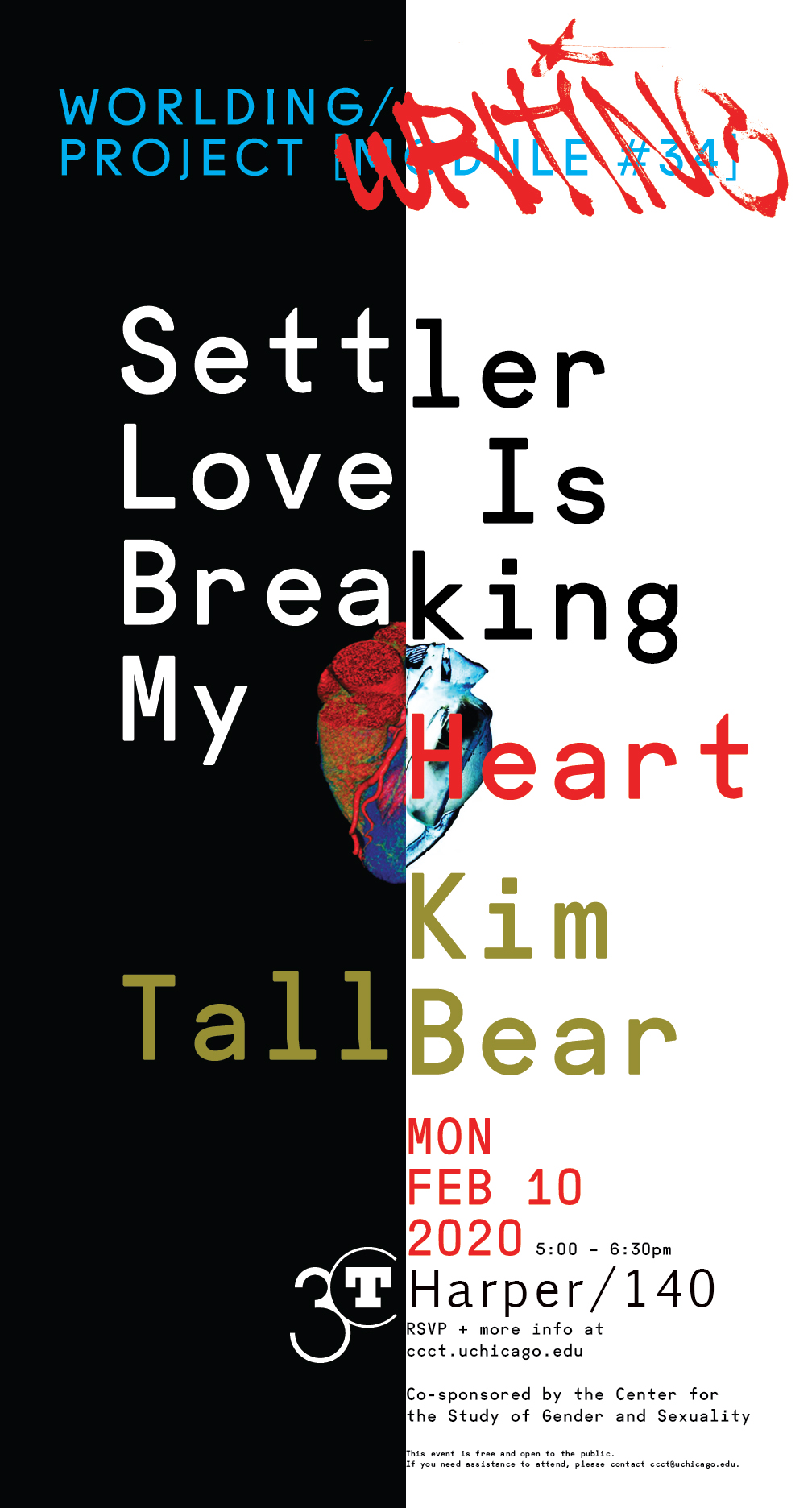 This talk ultimately provides a structural analysis of the role that settler love, sexuality, and family play in the imposition of settler-colonial private property relations.

TallBear arrives at this analysis via a critical autoethnographic examination of her own more-than-monogamous relating combined with a review of key texts in the history of state-sanctioned marriage in the US, Hawai’i, and Canada. She also builds on polyamory literatures—both popular and academic—in this analysis, as well as indigenous studies and critical race literatures.

Kim TallBear is Associate Professor, Faculty of Native Studies, University of Alberta, and Canada Research Chair in Indigenous Peoples, Technoscience, and Environment. She is also a Pierre Elliot Trudeau Foundation Fellow. Dr. TallBear is the author of Native American DNA: Tribal Belonging and the False Promise of Genetic Science. TallBear earned her PhD from the University of California, Santa Cruz History of Consciousness program, a Master’s in City Planning from the Massachusetts Institute of Technology, and a B.A. in Community Planning from the University of Massachusetts, Boston. She is a regular commentator in US, Canadian, and UK media outlets on issues related to Indigenous peoples, science, and technology. Building on her research on the role of technoscience in settler colonialism, Dr. TallBear also studies the colonization of Indigenous sexuality. She co-produces with two other Indigenous women the Edmonton-based sexy storytelling show, Tipi Confessions. She is a citizen of the Sisseton-Wahpeton Oyate. She was raised on another Dakota reservation, that of the Flandreau Santee Sioux Tribe and also in the Twin Cities of Minneapolis and St. Paul. She tweets @KimTallBear and @CriticalPoly and her work can be found on her research websites IndigenousSTS.com and re-lab.ca.