I Still Have to Protest This Shit?!: The Handmaid’s Tale and Competing Rights Temporalities 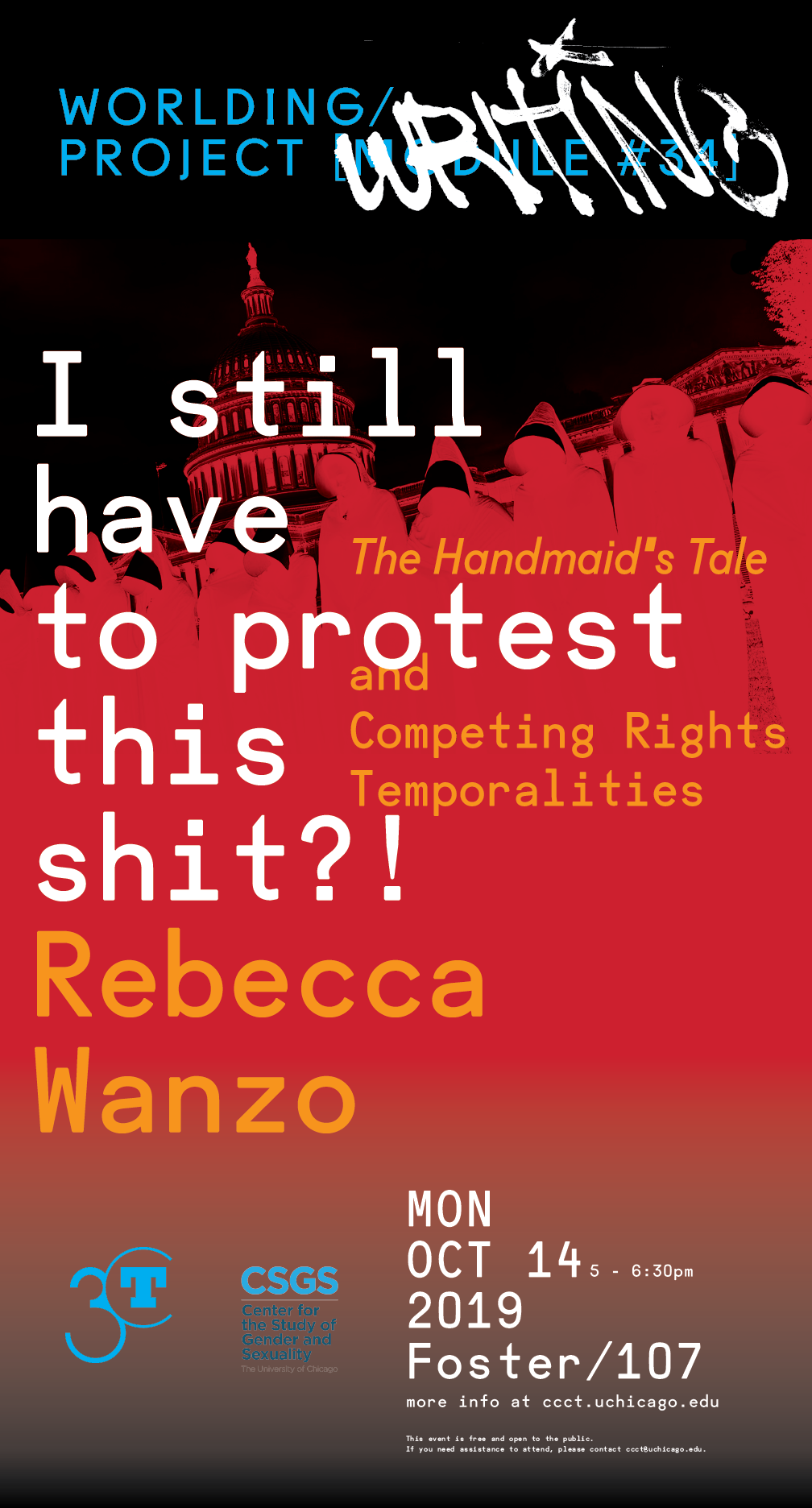 In May 2013, North Carolina’s chapter of Planned Parenthood sent women attired in 1960s garb to protest a bill that would allow employers to deny coverage of contraception for moral reasons because “ We love a good vintage look—but not when it’s running the state legislature.’” A popular protest sign that went viral in 2012 reads “I cannot believe I still have to protest this shit!” gesturing, as did other blogs, columns, and demonstration signs, to a teleological disruption. Telos has been profoundly important in political discourse in the United States. Often used rhetoric in the United States echoes this idea when inequality is described as an obstacle or misstep toward the “unfulfilled promise of America,” as opposed to endemic to the social contract. When many feminists and other progressive activists suggest that people or laws are “going against history,” they are imagining all of the entities that form the nation—“right”-thinking people, laws, spaces—as marching forward toward more egalitarianism in the nation. The temporality of freedom is or (should be) linear and inevitable. But abortion rights runs up against competing rights claims that revolve around competing ideas of progress and futurity.

This talk explores the nature of the competing rights claims and how both the novel and television series adaptation of The Handmaid’s Tale explore how competing temporalities is one of the essential challenges facing all conflicts about progress in the United States.

Rebecca Wanzo is associate professor of Women, Gender, and Sexuality Studies at Washington University in St. Louis. She is the author of The Suffering Will Not Be Televised: African American Women and Sentimental Political Storytelling (2009), which explores the narrative conventions African Americans much adhere to in order to make their suffering legible to the state and other communities. Her essays have been published in journals such as American Literature, Camera Obscura, differences: a Journal of Feminist Cultural Studies, The Journal of Popular Culture, and Women and Performance. Her research interests include popular culture, African American literature, critical race theory, and feminist media studies. Her newest monograph, The Content of Our Caricature: African American Comic Art and Political Belonging, traces the history of African American cartoonists’ engagement with racist caricature as a means of commenting on citizenship genres in the United States, and will be published by New York University Press in 2020.