On Kara Walker’s “A Subtlety, or the Marvelous Sugar Baby” 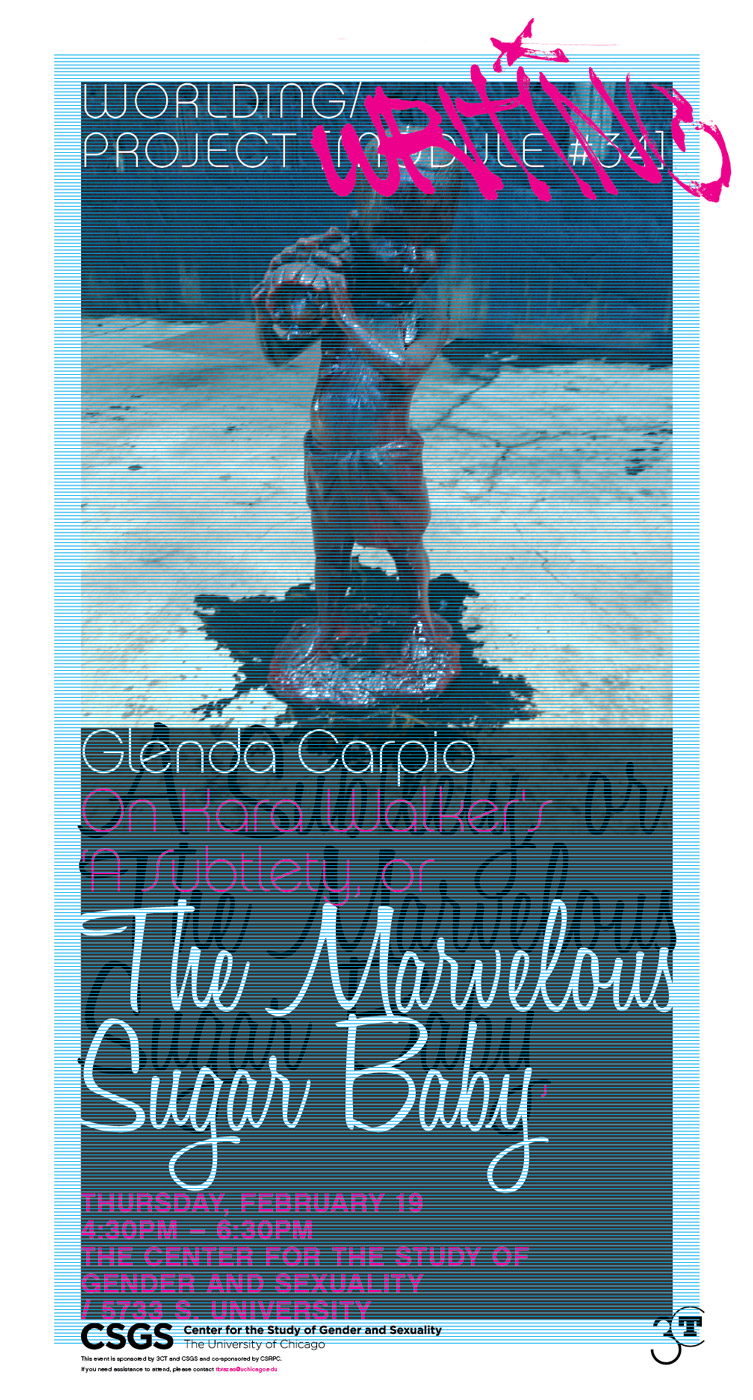 Carpio will discuss Kara Walker’s controversial sculpture, “A Subtlety,” a monumental sugar covered sphinx that drew 130,000 viewers while on a two month display at the soon to be demolished Domino sugar factory in Brooklyn, N.Y.  Intended as a tribute to African American women involved in the 19th century sugar trade, the sculpture has raised burning questions about art, slavery, and capitalism. But it is also a sculpture that, from the title on, deploys Walker’s sharp wit and black humor. Situating Walker in the context of African American comedic practices, Carpio will discuss the risks and possibilities of using humor to redress the horrors of slavery and its legacy.