Forcible Feeding and the Crisis of Care in Indefinite Detention 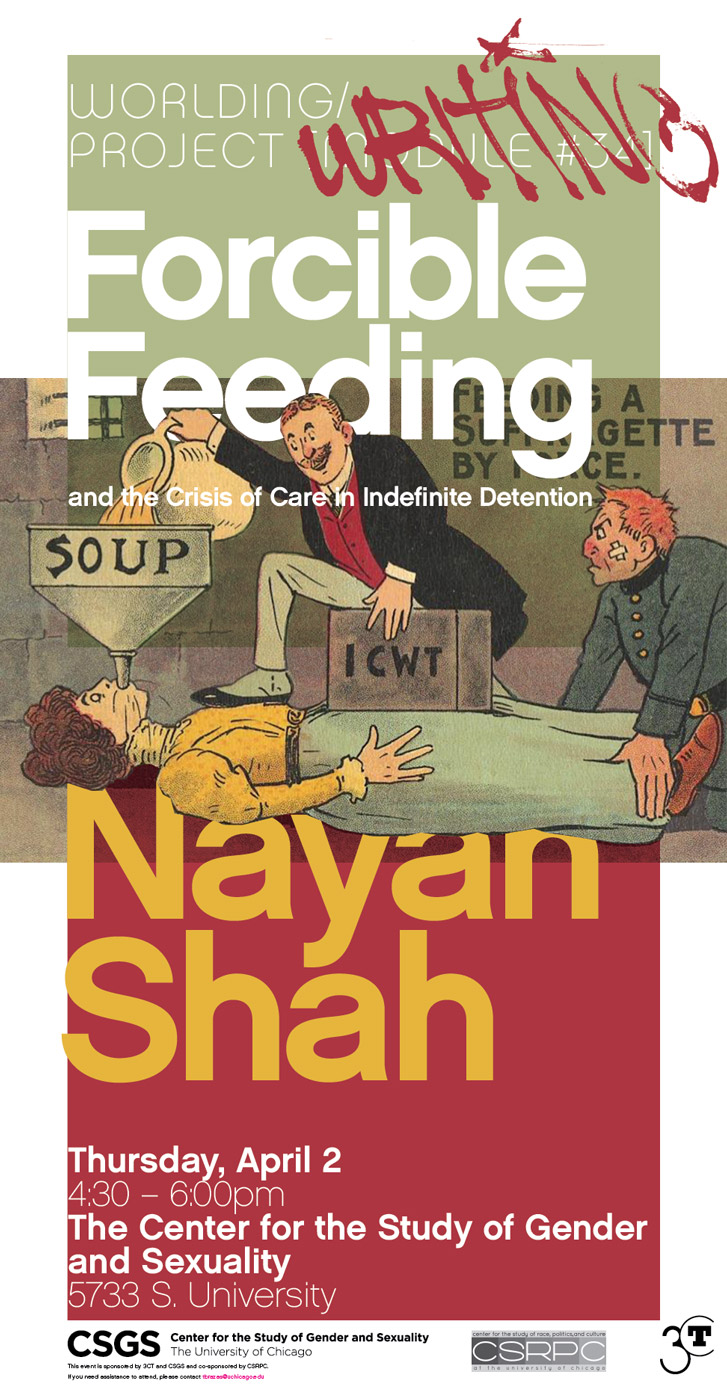 Nayan Shah examines the visual representation and visceral vocabulary of the experiences of refusing food and the procedure of tube-feeding by force in the 20th and 21st century. He explores how force-feeding catalyzed political mobilization and controversies of medical ethics during the imprisonment of suffragettes in Britain and U.S in the early 20th century and have rebounded as the prism of ethical and political crisis in the detainees and deportees struggles in South Africa, Guantanamo and Europe.