Ecology and Posthumanities: The Return of Animism 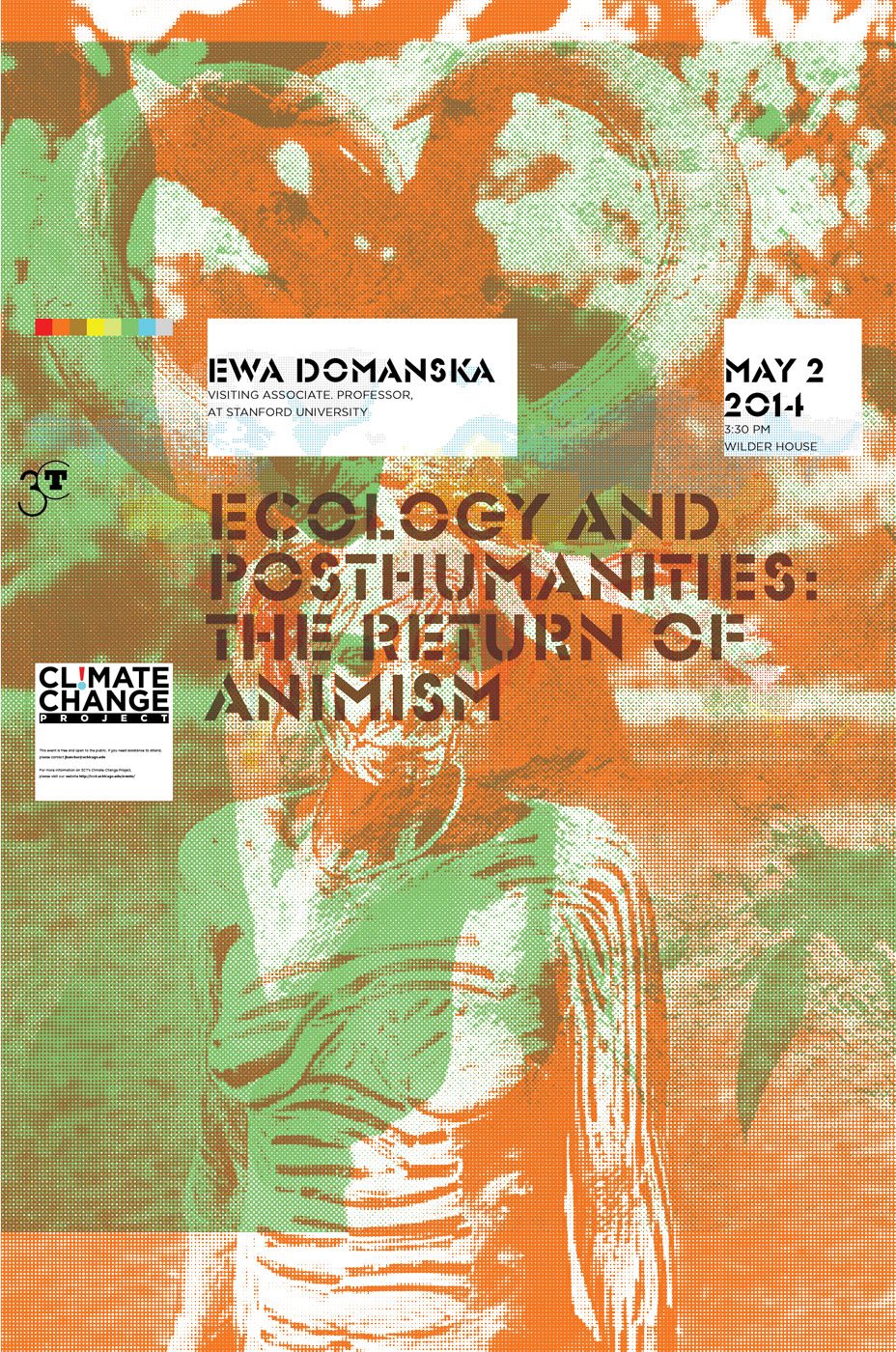 For many years indigenous knowledges were treated as a field of research for anthropologists and as “mistaken epistemologies,” i.e., un-scientific and irrational folklore and childish worldviews. However within the framework of ecological humanities, renewed interest in posthumanism, and the current discussions on building altermodernity (Michael Hardt and Antonio Negri), indigenous thought is used to critique modern epistemology and develop an alternative to Western rationality. Following recent works by anthropologists and archaeologists such as Nurit Bird-Rose, Philippe Descola, Graham Harvey, Tim Ingold and Viveiros de Castro, new animism will be treated as an alternative (relational) ontology that allows rethinking the problem of matter and agency, goes beyond human exeptionalism and embraces non-humans.

Ewa Domanska is Associate Professor of Theory and History of Historiography in the Department of History at Adam Mickiewicz University, Poznan, Poland and, since 2002, Visiting Associate Professor at the Department of Anthropology at Stanford University. Her teaching and research interests include comparative theory of the human and social sciences, history and theory of historiography, posthumanities and ecological humanities. She is the author of four books, recently Existential History: Critical Approach to Narrativism and Emancipatory Humanities (in Polish, 2012); History and the Contemporary Humanities (in Ukrainian, 2012) and editor and co-editor of 13 books including recently published: French Theory in Poland (with Miroslaw Loba, 2010, in Polish) and Theory of Knowledge of the Past and the Contemporary Humanities and Social Sciences (in Polish, 2010).