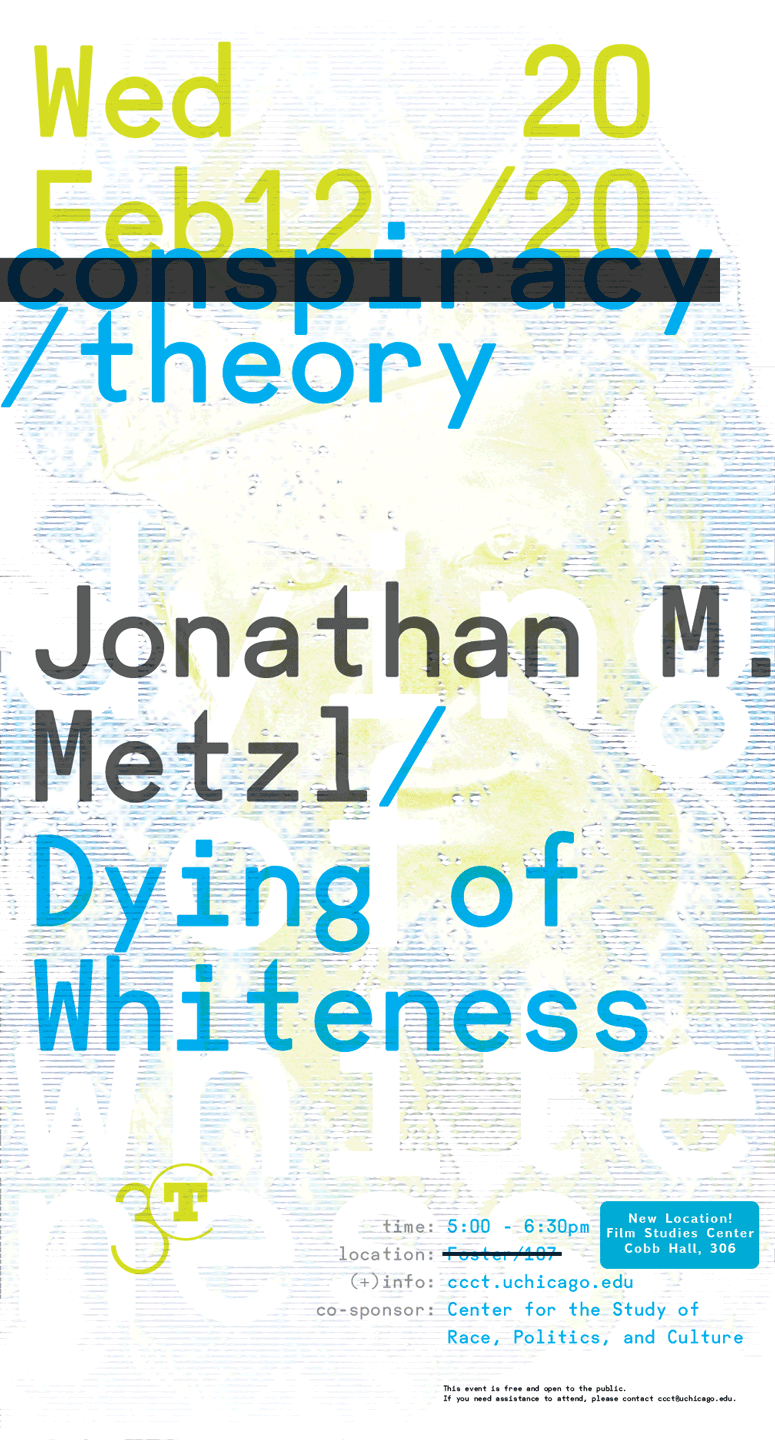 Jonathan M. Metzl discusses his recent book, Dying of Whiteness, and its reception in conversation with 3CT fellow Joseph Masco.

With the rise of the Tea Party and the election of Donald Trump, many middle- and lower-income white Americans threw their support behind conservative politicians who pledged to make life great again for people like them. But as Dying of Whiteness shows, the right-wing policies that resulted from this white backlash put these voters’ very health at risk—and in the end, threaten everyone’s well-being.

Physician and sociologist Metzl travels across America’s heartland seeking to better understand the politics of racial resentment and its impact on public health. Interviewing a range of Americans, he uncovers how racial anxieties led to the repeal of gun control laws in Missouri, stymied the Affordable Care Act in Tennessee, and fueled massive cuts to schools and social services in Kansas. Although such measures promised to restore greatness to white America, Metzl’s systematic analysis of health data dramatically reveals they did just the opposite: these policies made life sicker, harder, and shorter in the very populations they purported to aid.  Thus, white gun suicides soared, life expectancies fell, and school dropout rates rose.

Powerful, searing, and sobering, Dying of Whiteness ultimately demonstrates just how much white America would benefit by emphasizing cooperation, rather than by chasing false promises of supremacy.

Jonathan M. Metzl is the Frederick B. Rentschler II professor of sociology and psychiatry at Vanderbilt University and director of its Center for Medicine, Health, and Society. He is the author of several books and a prominent expert on gun violence and mental illness. He hails from Kansas City, Missouri, and lives in Nashville, Tennessee

co-sponsored by the Center for the Study of Race, Politics, and Culture