Carbon Fuel and the Corporate Future 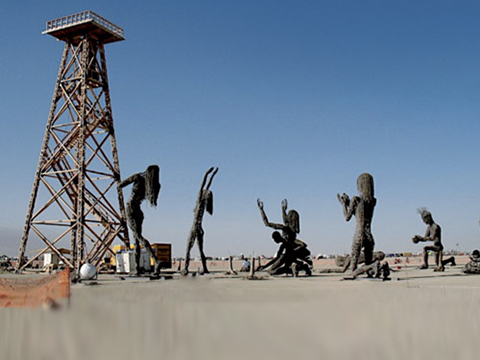 Over the last two centuries the use of fossil fuels has shaped and reshaped experiences of time, including our collective relationships to the future. One set of futures with which we live are those framed by forms of economic calculation, such as the futures produced in the accounting practices of large oil firms. To approach the politics of energy in the twenty-first century we must ask about the history of the corporate future.

Timothy Mitchell is Professor of Middle Eastern Studies at Columbia University.  A political theorist, he studies the political economy of the Middle East, the political role of economics and other forms of expert knowledge, the politics of large-scale technical systems, and the place of colonialism in the making of modernity.  Widely influential across the social sciences, Prof. Mitchell has authored many important works, among them his books, Colonizing Egypt, Rule of Experts: Egypt, Techno-politics, Modernity, and most recently, Carbon Democracy: Political Power in the Age of Oil.  He joined Columbia University in 2008 after teaching for twenty-five years at New York University, where he served as Director of the Center for Near Eastern Studies. He is now professor and chair of the Department of Middle Eastern, South Asian, and African Studies.

This event is co-sponsored by the Center for International Studies, the Chicago Center for Contemporary Theory, the Knowledge/Value Workshop, the Program  on the Global Environment, and the Environment, Agriculture and Food Working Group.