Ten Years On: Activism in Exile 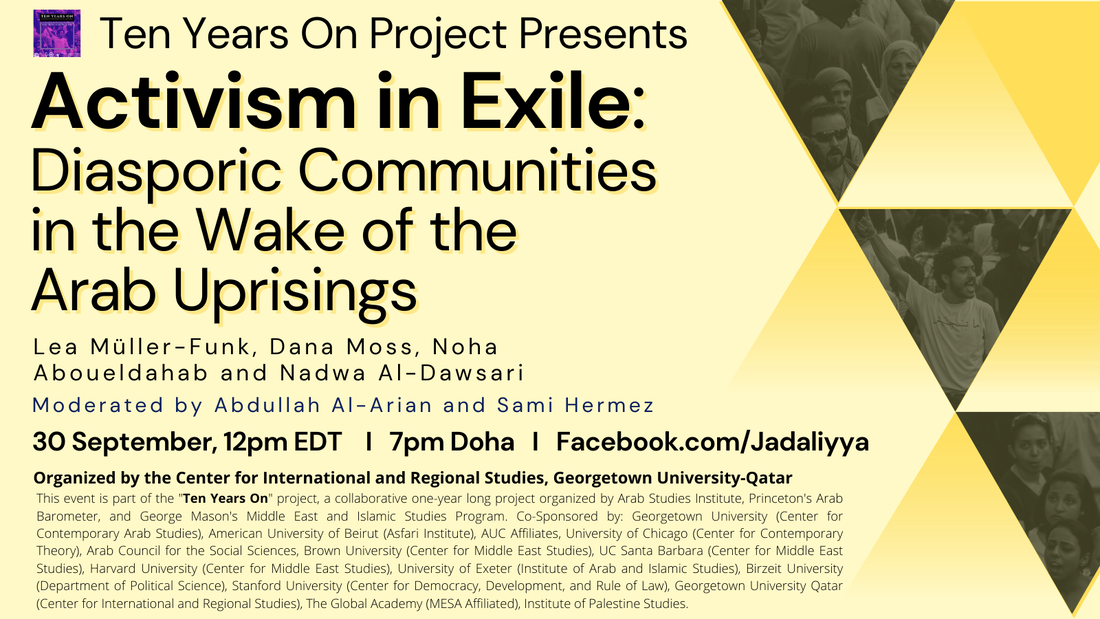 This virtual event can be streamed live on Jadaliyya’s Facebook page.

The Arab uprisings, which saw the mobilization of millions of citizens across the Middle East and North Africa, produced new exiled communities at a massive scale. Refugees made their way to countries all over the world, escaping economic pressures, political repression and state violence. This panel of scholars, activists, and practitioners seeks to explore the demography of these recent diasporas, their forms of community organization, and modes of political mobilization. Among other things, this panel asks what is “new” about these recently formed exiled communities, especially in light of the historical legacies of political organization by diaspora communities since the latter half of the twentieth century. The panel also seeks to explore the role of the state in two contexts. How do local political and socioeconomic conditions in the host states as well as the changing contours of authoritarianism in the countries of origin impact the forms of mobilization that these communities have pursued in recent years? Other themes to be explored include changing notions of political agency and citizenship rights, the role of transnational networks and civil society organizations, the impact of digital communication technologies, transformations in youth culture among exiled communities, and identifying new ideological and intellectual trends within diaspora communities.

Organized by the Center for International and Regional Studies at Georgetown University in Qatar and the Arab Studies Institute.