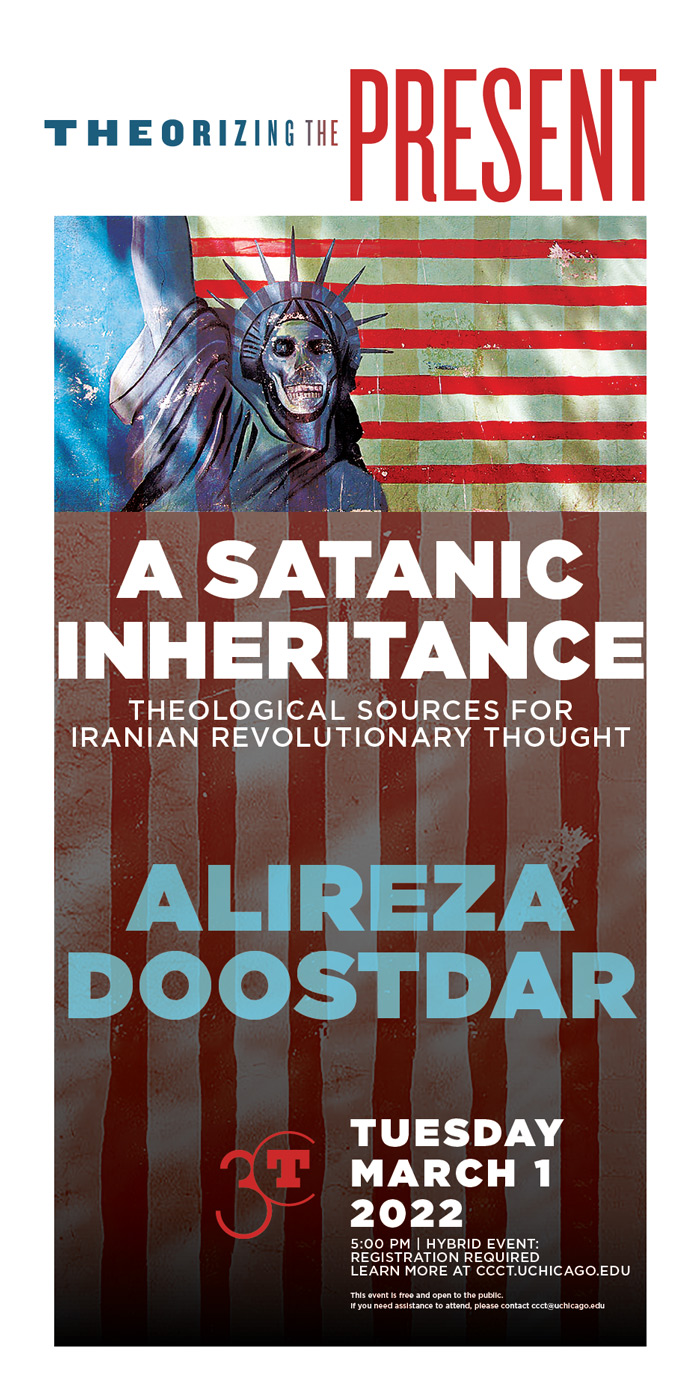 The 1979 Revolution gave birth to a political order that defined God as its greatest protector and Satan as its ultimate foe. While scholars have long grappled with the Islamic Republic’s theological master narratives, Satan’s multifaceted role in the Iranian political and religious landscape remains poorly understood.

In this chapter from his current book project on Satan and the Islamic Revolution, Alireza Doostdar examines the complex theological and mystical currents that informed two of the most influential revolutionary thinkers on Satan: Ruhollah Khomeini and Ali Shariati. What emerges from this discussion is a contradictory picture of Satan not only as an external enemy and an exemplar for political demonology, but also as an intimate aspect of the self, and perhaps even an ally in the struggle for self-determination. Sofia Smith will join as respondent.

A paper will be precirculated to all registrants one week in advance of the event.

Alireza Doostdar is Associate Professor of Islamic Studies and the Anthropology of Religion in the Divinity School and the College, the University of Chicago. His first book, The Iranian Metaphysicals: Explorations in Science, Islam, and the Uncanny (Princeton, 2018), examines Iranian experiments with the unseen and the supernatural since the late 19th century. He is at work on a new project on Satan, investigating Iranian state and non-state attempts to contend with Islam’s archetype of evil.

Please note: This convening is open to all invitees who are compliant with UChicago vaccination requirements and, because of ongoing health risks, particularly to the unvaccinated, participants are expected to adopt the risk mitigation measures (masking and social distancing, etc.) appropriate to their vaccination status as advised by public health officials or to their individual vulnerabilities as advised by a medical professional. Public convening may not be safe for all and carries a risk for contracting COVID-19, particularly for those unvaccinated. Participants will not know the vaccination status of others and should follow appropriate risk mitigation measures. Visitors to campus should be in compliance with both the City’s travel advisory and UChicago’s visitors guidance.