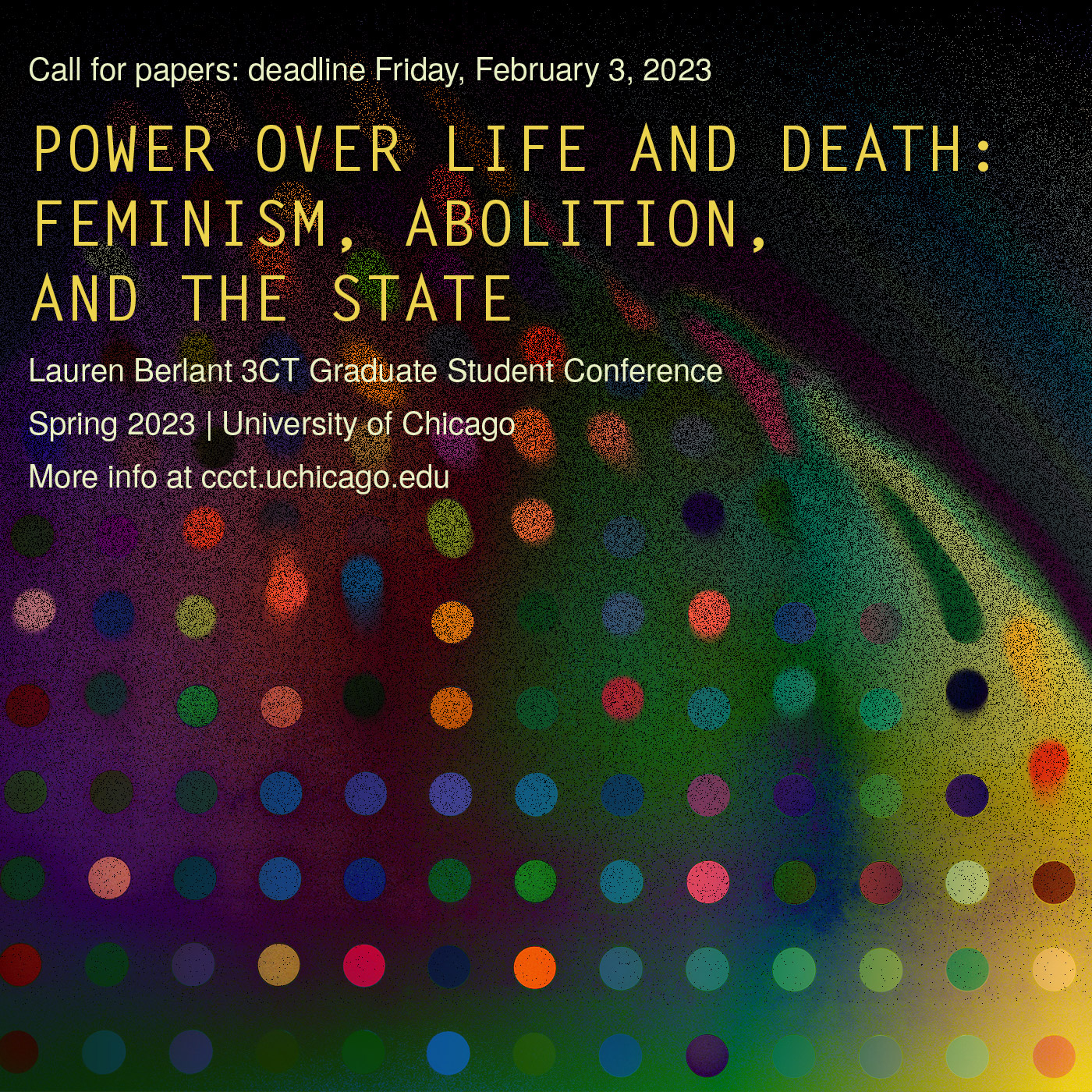 Power over Life and Death: Feminism, Abolition, and the State

Two major events in the last few years have drawn renewed attention to ongoing crises in American life: the Supreme Court decision in Dobbs v. Jackson Women’s Health Organization, giving constitutional validation to patriarchal legal regimes of forced birth, and the murder of George Floyd by four members of the Minneapolis Police Department, dramatically illustrating the routine and often fatal violence that accompanies regimes of racialized policing. We’re interested in theorizing these events as more than just chronologically associated: how might we understand them together as vivid expressions of the state’s multivalent power over life and death? Indeed, these events are cast against the backdrop of the COVID-19 pandemic, in which the state simultaneously abandoned minority and working class populations in the service of private accumulation and naturalized a vision of the home as a particular site of production and reproduction.

Theorizing our present—and the past from which it emerges—therefore requires new attention to the power of the state over life and death and its consequences for feminist and abolitionist critique and struggle. Who lives, who dies? Who is compelled to produce life? Who is abandoned by the state, and who is killed? Who polices these boundaries, and how are they constructed and contested? While Michel Foucault’s conceptual distinction between sovereign force and biopolitical control may be useful, these two forms of state power and resistance to them, frequently seem to travel together. How should abolitionists and feminists think about state power in our post-Dobbs, post-2020 conjuncture? And what can they learn from each other as they meet this moment?

This conference invites graduate students across the country to think about these questions theoretically, historically, and politically. To apply, submit a 250-word abstract and a CV via this Google form by Friday, February 17.

Questions may be directed to the student organizers, Daniel Epstein, Kit Ginzky, and Helen Galvin Ross.